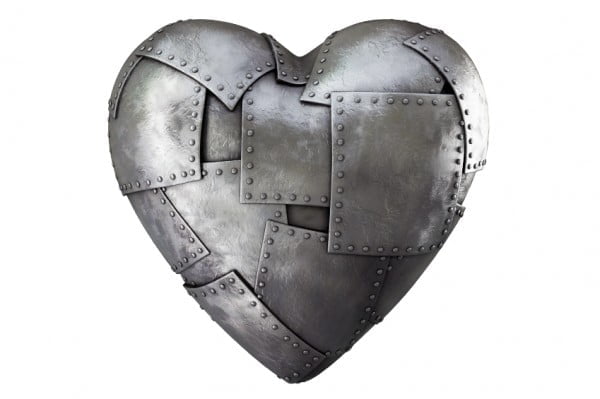 “Tough love and brutal truth from strangers are far more valuable than Band-Aids and half-truths from invested friends, who don’t want to see you suffer any more than you have.” — Shannon L. Alder

This post will be very difficult for many.  Please know you are loved beyond measure, but sometimes tough love from strangers is necessary.  And given this appears to be the first day of the RV, that time is now.

You fucked up, America.  Big time.  Not all of you, but most.

You fell asleep at the wheel and allowed your nation to be overridden with occult thieves, Jesuit murders and Eastern European pedophiles guiding your nation’s affairs.

You gave away all financial control to a private bank via the Federal Reserve Act of 1913.  And before that, political control with the Act of 1871, allowing that same controlling entity to create the USA, Inc. in place of your treasured Republic.

Most to all of you have done little to nothing in terms of restoring your Republic let alone researching the facts so that this theft would never happen again.

You laugh at the term White Hats, but in truth they rescued your lives and families while you were at soccer practice and the mall.  Many you’ll never know who or how many died for your freedoms in silence, obscurity and total anonymity.  But they have.

Many more White Hats now protect you like family, and continue to rescue you from generations of your own apathetic ancestors who gave away this country, just as you now jeopard losing it again.

Sadly, foreign entities now control our destiny again.  They have hand picked leaders and reset our nation’s finances to their own estimation of sovereign value.


Be thankful a few of you even have these funny colored notes that provide you and your family a “get out of jail free card.”  Think of how many families don’t have such currency positions let alone can or will crawl out of their own financial mess to discover the truth of macro economic events they feel powerless to influence.

Americans have flat out denied their God given ability to critically think.  We also stopped making things and then let our jobs be sent overseas without as much as a riot.  120 million Americans recently voted for two anti-Christ candidates last week, which speaks to the fact our country has also lost our religion.

So sad.  So unnecessary.  So predictable.

Maybe Hillary was spot on when she said voters were deplorable.  Or maybe that was a cabal speechwriter speaking through her clone/body double.  Either way, most don’t understand current events like that, although many are paying close attention now.

So if today you are suddenly made rich beyond your wildest dreams, think about your own ignorance as it relates to knowing the real history of America.  And know just because you find yourself in this ideal fiscal position, it doesn’t mean you can’t or won’t find yourselves penniless again in the future if you let roosters back into the hen house a third time.

Please start living an awakened life by paying diligent attention to your surroundings or learn to die a slow death playing fantasy football and watching reality TV.  Folks it’s time to fall in love with your country again, which means taking absolute responsibility for protecting and serving its innocence no matter the personal cost.

All ignorance from this post forward is utterly inexcusable by decree of Universal Law governing abject apathy.

America, you deserve a Ryan / Pence ticket that most simply don’t yet know it already exists.  That’s what the ill informed have been given by their new masters without request or vote.  Also, enjoy the four new hyper conservative Supreme Court Justices (already selected) being forced down your throat over the next decade.  They have been selected to clean up the insanity a century plus blurred moral lines have damaged.

Transgender bathrooms… seriously?  You’re not irate by the mere discussion of such a law?

As a nation, we have gotten exactly what we earned… occupation.  Plus, we now live with the indignity of having our recently elected fake president soon to be forced to resign, as our nation will be internationally embarrassed yet again for being utterly leaderless.

But how is that any different from the last 145 years?  Truth is it’s not.  Still the vast majority reading this post probably have absolutely no idea what’s really being discussed–historical universal transition–yet have full access to accurate research information via the Internet should they ever desire to know.  That wasn’t the case in 1871 or 1913.  People back then had an excuse.  Americans today don’t.

And all the factual date and rate Children of God, good luck.  The Lord has special plans for those of you looking to take His money and run from the responsibility of serving others with the remainder of their days.

When did Americans get so indifferent?  Do we have too much convenience and/or ease of life?  Maybe we’re just too arrogant?  Or has ignorance just manifested over time?  General lack of curiosity?  Fear through propaganda news media made to terrify our hearts instead of living from love?   The sin of sloth?   Brave-less faith in God to be courageous enough to speak truth to power?  Built up addiction to matters that are completely irrelevant?

The list goes on forever, that’s how bad things have gotten.  Yet the result would be the exact same–we lost our ability to reason and act with spiritual morality.  Badly.

So congratulations America, we’ve collectively, successfully been occupied by yet another non-American foreign power, disgracing our forefathers once again–whose family members literally cashed out last night–regardless of their benevolent intent or lack their of.  We all have new ruling masters–they’re just paying us to keep us calm.

As an American, I feel shame knowing I have given away my country’s sovereignty twice now, both willingly and in mass, with most to all Americans never even knowing it was gone.

No wonder the Elders don’t trust us to be proper stewards, managing such awesome responsibilities post RV.  And yet most here on this blog, still complain of NDAs and structured payouts.  Amazing.  Disgusting.  Inexcusable.  Infuriating.  Obvious.  Shameful.

Did you know the Chinese openly laugh at our historical ignorance while the Russians militarily take full advantage of it?  The rest of the world has lapped America in so many areas, yet as a collective nation we could care less.

The world even ignores our mighty military machine now because we’re dead broke, as well as having long tossed away our fiat currency and treasury bonds–crippling our significance in world trade fairness going back decades.

It’s heartbreaking to see how far we’ve fallen as a nation, and so fast.

But hey, we still have our iPhones and NFL games on Monday, Thursday and all day Sunday.  And we still got our Netflix and Amazon Prime via our smart TV Internet connections.  How pathetic and oblivious  are we as a nation?  Maybe we are just a mindless gaggle of consumers loading up rubbish and irrelevance?

The rest of the world sure thinks so.

We must be so disappointing to our founding fathers who built this great nation.  And if you say, dude, so what, just get me those 800#s so I can redeem, go on vacation, buy a BMW and drive up on my new ranch house…. I say not only don’t you not get the point of the RV, but shame on you for selling out your country’s second chance at redemption.

A few of you have verbally torched people like me for months, people who offer you tough introspective truths that are meant to assist your soul’s ascension.  And in return you bring nothing of substance to this audience, yet are quick to offer harsh criticisms based on ignorance and prideful opinions.

Well please take one final truth to heart… most to all reading this will die if they ask for and accept higher sovereign rates.  That’s right… literally perish from the face of the earth over a shortened period of time because the vibration of God associated with that many zeros is just too high for an unprepared soul to bear.

The Elders knew this fact and yet still have decided to offer regular folks such an opportunity as they feel would teach all humanity a lesson of the true burden associated with great responsibility.

Sure the universe requires individuals to make choices of their own free will, but ZIM sovereign values will reach well into double figures, and these notes have face values that will yield the highest redemptions ever recorded by mankind; thus, they given every individual a fair and equal chance to play with the big sovereign families who have managed such wealth over multiple generations.

Can you hold that kinda of fiscal Tiger by the tail?  What about your children?  Will you all be happy with the responsibility that kind of wealth brings?  Are you pure enough on the inside to manage all the chaos certain to come your way on the outside?  Are you really a human angel or just a wanna be humanitarian?  Are you really committed to serving humanity’s greatest good or do you just want the higher sovereign rate because it would be a cool on your RV resume?

All shall all be judged including the heroic and/or arrogant Yosef.  But know this, I trusted you to determine your own worth by giving you all the information.  Nothing was held from you back because I treated everyone as an equal.  No one but myself believed in Americans that much.  No one.

So if you’re called to serve humanity like IAM, and Christ specifically, then by all means take the top number and don’t look back.  But if you’re really in this venture as a date and rate guy, or image and accolade girl, then it’s best to fall back into a comfortable redemption rate number and accept that you entered a race you have not prepared for.

Think of yourself as a marathon runner at the starting tape asking yourself quietly: “Have I prepared for such a grueling race?”  If yes, then run like the wind.  If no, drop out and go grab an early breakfast as this kind of money will never buy happiness, rather it will reveal a lack of everything unbeautiful in your heart… and do so painfully quickly.

Sovereign rates are for monetary missionaries not casual RV’ers.  And most to all of us are 100% God obsessed servants who understand our path is His.  After redemption finding God will be 100x more difficult than before harvesting this kind of money.  Hence my constant pleas for your soul’s unconditional surrender to the Will of God.

Please be honest yourself before redeeming… ask God what’s truly on His heart for your life.  Because this glorious but broken country needs leaders who will rebuild it on moral cornerstone pillars of faith and steel beams of spiritual strength, not profit centric speculators seeking headlines.

Which America are you committed to rebuilding?

God is with us.