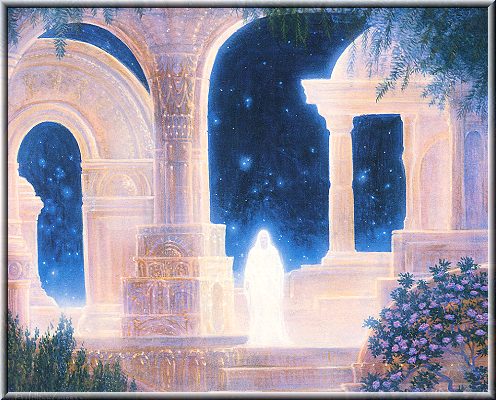 The main body of the Resistance Movement came to Earth from Planet X with the aid of teleportation chambers in  December 1999. They have settled down in underground bases that were emptied before in severe battles between the Dark Forces and the remnants of Agartha Kingdom and the so called Organization. The Organization was a forerunner for the Resistance Movement and was a leading resisting force against the dark ones throughout the human history. Between 1975 and 1999 they had their main command center about one thousand feet below the underground railway system of New York. When the weakened forces of the Organization were refreshed with members of the Resistance Movement they renewed together many underground dwellings and moved their main command center to a new location.

Now the Resistance Movement has most of its locations under bigger surface cities between 100 feet and 8.6 miles underground. Most locations are between 150 and 1500 feet underground. All their locations are sealed hermetically and isolated from surface influences, such as viruses, dust, polluted air, micro/nanochips… The dwellings are constructed in a specific way to avoid undeground structures which were built by the surface civillization for its needs, such as electric installations, water supply systems, underground railway, mining tunnels, military installations, drinking water reservoirs, oil pipelines and drillings, scientific laboratories, installations and drillings…Some most important Resistance Movement centres are located under following cities: New York, Los Angeles, Salt Lake City, London, Munich and Ljubljana (in Slovenia). Locations that are close to the surface are sometimes lit by sunlight which is directed there with a special mirroring system. Locations that are in greater depths are lit with a soft dispersed light being emitted from free energy light chambers. Those dwellings are thermally insulated since surrounding rock has a pretty high temperature when more than few miles underground.

esistance Movement consists of three concentric circles. The inner circle has few dozen members which are leaders of the Resistance Movement. Only those with extraordinary skills and talents and those that are willing to accept great responsibilities can qualify for those positions.  The middle circle consists of hundreds thousands of members with special gifts for planning, organization, technology research and development, psychology, medicine, healing, spirituality, creativity, art, music…The outer circle are army forces. They are not soldiers as we know them on the surface but experienced interplanetary fighters who do not fight only with blind force but have reached a high level of spiritual development also. Their purpose is to liberate the surface of Earth from the Dark Forces and to assist humanity in building a new civilization.

Science and technology are very developed inside the Resistance Movement. The Resistance Movement is actively cooperating with the Galactic Confederation which has its strongholds throughout the solar system. They use teleportation chambers for long distance transportation, especially for journeys towards the asteroid belt and Planet X. The Resistance Movement uses materialization chambers to materialize whatever they need from the etheric substance. They use those chambers to make machines, equipment, objects for daily use and food. Some people prefer to prepare food in a traditional way —by growing vegetables and cooking. Free energy chambers are the main source of energy inside the Resistance Movement and they produce physical energy out of the etheric substance. This technology is recently being replaced with tachyon energy which is not based upon electromagnetic radiation and is a clear source of energy of light. With tachyon receivers it is possible to permeate the physical matter with tachyons so that it becomes an emitter of pure light. This process is called tachyonization. By using this process they make wonderful refreshment drinks and change them into an elixir of life, which rejuvenates cells of their bodies. Cloning technology is developed to its perfection and with its aid everyone can choose a physical body according to his taste. People have no health problems except for occasional symptoms that have emotional origin. Eventual problems with inner organs are not removed with operations but with special materialization chambers. Their biotechnologists have developed so called bioskin that can heal up any physical wound in a few moments. With the use of nanotechnology they have developed miniature robots for removal of viruses and harmful biochips. Their computer programmers have broken into the mainframe computer of the Dark Forces. This computer has a program that controls thinking processes of humanity with a network of microbiochips that are implanted in the brain of every living human on the surface of the planet. A good example of  this program is shown in The Matrix movie. When the program in the mainframe computer be completely broken, the biochip network will begin falling apart and people will realize in astonishment that they have lived psychologically for years in a virtual world without any real contact with themselves, with each other or with nature and the universe. When was the last time that you have been watching the sunset?

Spiritual guidance of the Resistance Movement is the Atlantean Network. The Atlantean Network also consists of three circles. The inner circle are few dozens of priests from Atlantis that have retreated from the surface 25 thousand years ago. They still have the same physical bodies since they have reached immortality. They were completely isolated for all this time without any contact with the surface in order to preserve the purity of their consciousness. They are the last unchanged remnant from Atlantis. They live together on a specific energy point inside the Himalayas and are connected in a special way with the Great White Brotherhood of Ascended Masters and with the Lord of the World, Sanat Kumara. Their purpose is to be an intermediary between the world of Ascended Masters and the world of unascended human beings. 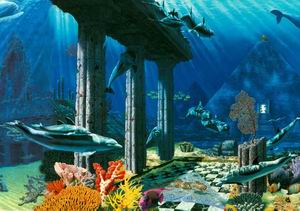 The middle circle of the Atlantean Network consists of few hundreds beings that have contact only with the inner circle and the Galactic Confederation. Their purpose is to preserve the legacy of Atlantis. The outer circle consists of few thousand members that have physical contacts with the Resistance Movement and offer them spiritual guidance in the form of a mystery school which is a direct successor of mystery schools of old Atlantis. Sometimes they also influence the surface of the planet by sending spiritual impressions to those humans that are receptive for spiritual gudance from the higher mental plane. In the past some highly developed individuals from the surface were accepted in the middle and outer circle of the Atlantean Network. Some of them have already reached their Ascension, some have left the Earth, some are still part of the Atlantean Network. Underground palaces of the Atlantean Network are wonderful, adorned with crystals, surrounded with waterfalls and running water. In crystal temples of Atlantean Network the legacy of Atlantis is waiting for a time when on the surface been established a just world of the New Atlantis…