Prepare For Change
Home Awakening Slavery in the Gulf States, and Western Complicity

Mr. Scott is the author of the book, Mohammed and Charlemagne Revisited: The History of a Controversy.

Until 1963 it was still perfectly legal in Saudi Arabia to buy another human being at a slave-market, to use and abuse as one saw fit. That was 1963, the year in which the Beatles cut their first LP and which saw the assassination of President Kennedy. 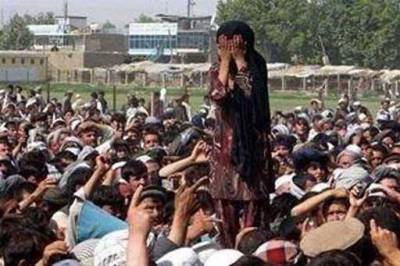 That slavery was abolished, officially at least, in Saudi Arabia in that year, was only the result of intense pressure from Great Britain and the United States. Other Gulf Arab states were even more tardy in complying with international norms of human decency. Oman, for example, only abolished the institution in 1970; that is, a year after America had put a man on the moon. 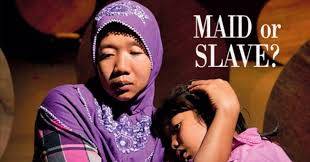 Very well, the average reader might think; whilst the Arab states were late in getting rid of slavery, that, at least, is a thing of the past. Though some Gulf States, such as Saudi Arabia and Qatar, may still violate human rights on an industrial scale (none of them have signed the Universal Declaration of Human Rights), at least they no longer hold people in bondage. Sadly, that is not the case: for the abolition of slavery in the Gulf States was entirely cosmetic, intended as nothing more than a public-relations exercise. The fact is, slavery still exists in this part of the Arab world, and this is a situation in which the West is fully complicit.

The “abolition” of slavery in the Gulf Arab states coincided with the rise of these nations to economic power and prosperity. As the oil revenue poured in, the demand amongst wealthy Arab families for nannies and domestic “servants” increased. Amongst the Arabs possession of domestic slaves was always regarded as something of a status symbol; and until the mid-60s the son of a wealthy Arab family would typically have assigned to him a youthful slave who would grow up and grow old with his master. Before the 1960s, such slaves tended to be procured from Africa.

With the official abolition of the slave trade in that decade, however, the Gulf Arabs looked around for an alternative supply of “servants”. Such, it was discovered, could be procured from southern Asia; principally from India, Sri Lanka, and the Philippines. Domestic “servants” were also recruited from predominantly Muslim countries, such as Pakistan, Bangladesh and Indonesia, but, as a rule, non-Muslims were preferred.

These new slaves, imported by the hundred of thousand, were lured to the Gulf States by the promise of a good salary, part of which they could send home to their families. In all the Gulf States, as well as further afield, in Lebanon, Iraq and Jordan, the same system of deception and entrapment was put into operation. Under the now-notorious kafala system every immigrant needed a “sponsor”, a Gulf States citizen, who would be the “employer” of the new arrival. What the immigrant victim was not (and is not) told is that their Arab employer has almost absolute power over him/her. Upon arrival, the immigrant usually had (and has) his passport confiscated by his employer, so that he is essentially a prisoner. No law exists which entitles the immigrant to the possession of his passport. Indeed, the law of the land in the Gulf States works precisely to deprive the immigrant of his human rights. An employer can legally demand that an employer remain within a specific geographical radius of the home (or other place of employment). Essentially, the immigrant is a prisoner.

Laws do exist, on paper, which protect the employee from physical or sexual abuse. However, under the statutes of Islamic practice, which applies in all the Gulf States, such laws are essentially meaningless. A sexually abused nanny, who appeals to the police for help, is almost invariably herself accused of adultery and immorality and punished severely for these “offences” – which can entail hundreds of lashes and many years in prison.

In such circumstances, it should come as no surprise that the assault, rape and murder or nannies and other domestic “servants” by Arab “employers” is an every-day occurrence and one that is never or very rarely punished.

When one is deprived of one’s freedom of movement; when one is forced to work at the whim of an employer, without any negotiation or bargaining as regards hours, conditions or payment; when one can be assaulted, raped, and killed, without any hope of protection from the law, then one is a slave, pure and simple. Not “virtually” a slave, but an actual slave.

If all the above is true, two questions immediately spring to mind: First and foremost, why does the world, and the West in particular, tolerate it; and secondly, why do the countries from which these “servants” derive continue to tolerate the use and abuse of their citizens in this way?

Both questions have the same answer: The West profits by the system as do the supplier countries of the workers. The West and Westerners profit in several ways: On the one hand, millions of Europeans and Americans work as professionals in the Gulf States. Salaries tend to be very good, and Westerners’ rights tend to be respected. In fact, Westerners can enjoy an extremely high standard of living in the Gulf; but it is at the expense of the South Asian workers who perform the menial tasks for a pittance.

A meal in a top-range restaurant in Dubai or Qatar, for example, costs a fraction of what it would in Europe – for the simple reason that the South Asian cooks and waiters are paid a subsistence-level wage. Western workers and companies in the Gulf remit vast sums of money to their homelands every year. And there are other reasons for turning a blind eye. Economic relations between Western countries and Gulf States are close and highly profitable to both. These range from the oil trade to the sale of weapons, technology and expertise, to the sale, by the U.S., of dollars, (the “petro-dollar”).

Supplier countries tolerate the abuse of their citizens for basically the same reason: Although many hundreds of thousands (perhaps even millions) of Indians, Sri-Lankans, Philippinos and Bangladeshis, make no money at all in the Gulf, some do; and many (particularly in the building trade) earn a small surplus which they remit to their families at home. These remittances form an important part of the economies of South Asia, and so the abuse of their citizens, which is well-known and publicly discussed, is tolerated by the governments concerned.

Of recent years, however, some Asian countries have made it more difficult to recruit, so that the Gulf Arabs have again turned their attention to Africa. And the harrowing story of one African migrant is the subject of the recently-published, Slave States: the Practice of Kafala in the Gulf Arab Region, by Yasin Kakande (2015).