Prepare For Change
Home Teachings The Delusion of Science 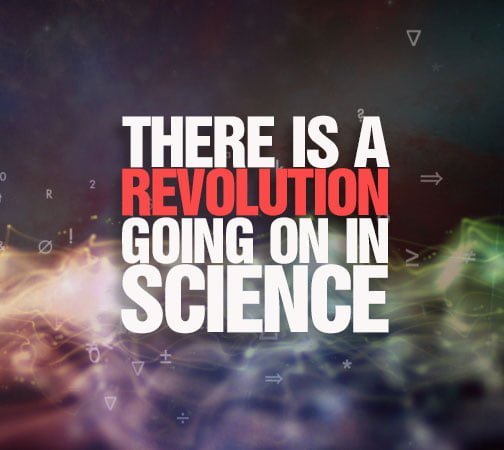 This is a video by Rupert Sheldrake, discussing how science has basically become a dogmatic religion, trying to start another Inquisition to get rid of the “pseudo-science” heretics. About 19 minutes, well worth the time. And BTW, this video got BANNED from TEDx talks by “scientific peer review.” Golly… I wonder why!

Sheldrake wrote:Unfortunately, the worldview aspect of science has come to inhibit and constrict the free inquiry, which is the very lifeblood of the scientific endeavor.

I find that to be an accurate assessment.

The Reciprocal System does not conform to this worldview, which is why people who study it are harassed as “pseudo-science” heretics by the Scientific Inquisition. Let’s see what the RS has to say…

Larson defines three levels of existence (Beyond Space and Time):

Larson lumped everything into the Ethical sector that could not be explained in the first two, so there may be other levels beyond the third, when properly explored.

2. Matter is unconscious. There is no consciousness in any matter, and as such, all we’ve done centuries of Philosophy of Mind studies is to prove we aren’t conscious, either.

Matter can reach “beyond space and time,” so anything can have a potential consciousness.

3. The laws of Nature are fixed. They have not changed since the Big Bang and never will, giving us “physical constants.”

In a universe of motion, the only constant is change. The RS is a steady-state theory; there is no Big Bang and there are published papers by RS researchers that prove that “fundamental constants,” aren’t.

4. The total amount of matter plus energy is the same. Except at the moment of the Big Bang, where it all sprang into existence from nothing in an instant, along with the fixed laws.

This is not directly addressed in RS research; Larson indicates that with a steady-state Universe, motion will be conserved (linear, rotational, speed, energy). However, research beyond the physical (Levels 1 & 2) indicate an evolutionary progression may also be present, which means the net amount of motion in the Universe is increasing.

5. Nature is purposeless; there is no evolution.

In the RS, “evolution” is due to the progression of the natural reference system, so Nature has well-defined purposes of growth, reproduction and death.

6. Biological heredity is material, based only on genetic code.
7. Memories are stored inside your brain as chemical connections.

In Beyond Space and Time, Larson clearly addresses the difference between the “brain” (material) and “mind” (cosmic), both being influenced by consciousness (ethical). Heredity is therefore a combination of all three, the patterns of the brain, the programming of the mind and the ethical behavior of consciousness–two of which exist outside of clock time, meaning that the past (and future) can affect the present. Memory can be stored in any sector; the memories in your brain die with your body, but the others do not, resulting in Karma.

8. Your Mind is just inside your head. All the consciousness that you don’t have from #2 is just in the activity of your brain, nothing more.

Because the cosmic aspect of life is motion in time (the soul), it expresses itself nonlocally in the material through equivalent space–field effects, which we perceive as things like an “aura.” In the RS, the brain is inside your head, but the Mind extends well beyond.

9. Psychic ability is impossible because your mind is only inside your head.

Much of what we call “psychic ability” is just life communicating through 3D time, rather than 3D space. (Discussed in Beyond Space and Time). Larson documents telepathy as being a type of quantum entanglement of brains (space) through the mind (time). In the RS, psychic ability is not only possible, but required as a “natural consequence” of the theory.

10. Mechanistic medicine is the ONLY kind that really works, because you are nothing more than a mechanical, biological robot.

RS2 studies into holistic medicine show that many herbals actually work on the cosmic side of life (particularly in techniques such as Ayruveda), in much the same way that the “doping” of a semiconductor radically changes the behavior of the material being doped. Non-mechanistic medicine is therefore safer and more effective–but not as easy to profit on, since anyone can dig up a weed.

When you compare the worldview of Philosophical Materialism to that promoted by the Reciprocal System, you can easily see why the two don’t get along well…