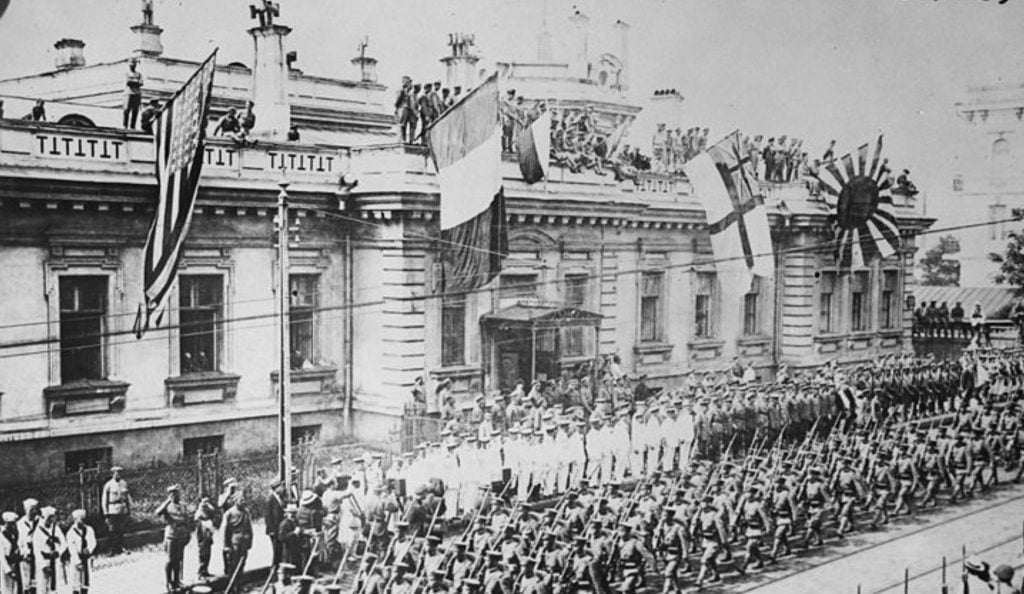 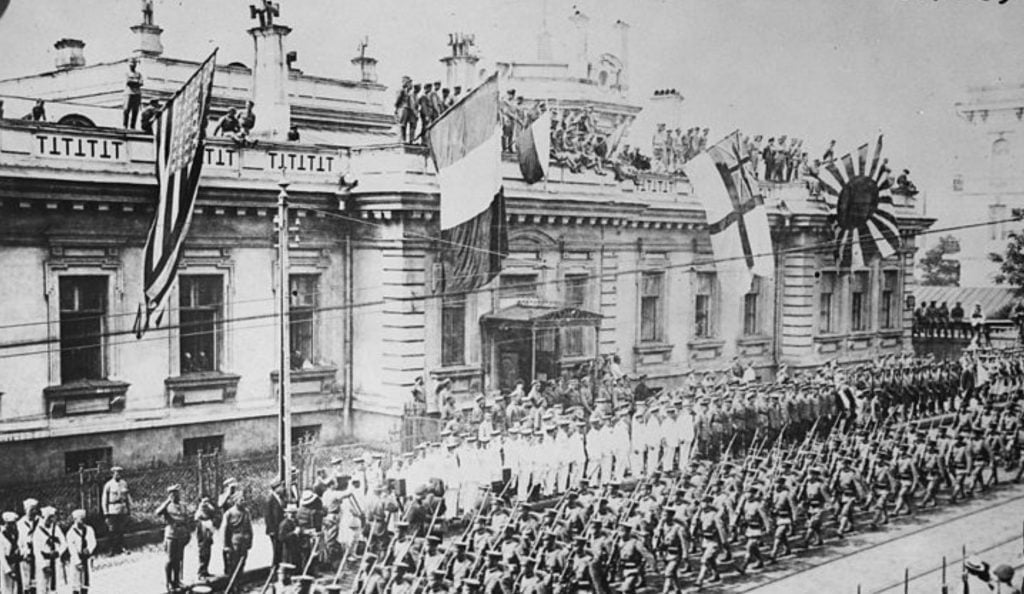 Beginning in 1917, Western technology was the most important factor in the early phase of economic development of the U.S.S.R. The Western countries which have been the prime technical subsidizers of the U.S.S.R. are also the countries with the largest expenditures on armaments against a presumably real threat from the Soviet Union. [i]

To the average citizen, it seems like the East is aligned against the West. The evidence reveals that an ideological battle has been deliberately constructed to deceive the people of the world and to deliberately create a so-called enemy. The West not only created the Soviet industrial and military systems but has subsidized it since 1917.

Dr. Antony C. Sutton (1925–2002), the former Research Fellow at the Hoover Institute on War, Revolution, and Peace at Stanford University from 1968 to 1973, was a British and American economist, historian, and writer.

He is the author of a three-volume exhaustive and scholarly work titled Western Technology and Soviet Economic Development (1917–1965), National Suicide: Military Aid to the Soviet Union (1973), and Wall Street and the Bolshevik Revolution (1974), among others.

Professor Richard Pipes, of Harvard, said this in his book, Survival Is Not Enough: Soviet Realities and America’s Future:

In his three-volume detailed account of Soviet Purchases of Western Equipment and Technology . . . Sutton comes to conclusions that are uncomfortable for many businessmen and economists. For this reason, his work tends to be either dismissed out of hand as ‘extreme’ or, more often, simply ignored.[ii]

Zbigniew Brzezinski, national security adviser (1977–1981), in his book Between Two Ages: America’s Role in the Technetronic Era, wrote the following:

For impressive evidence of Western participation in the early phase of Soviet economic growth, see Antony C. Sutton’s Western Technology and Soviet Economic Development: 1917–1930, which argues that “Soviet economic development for 1917–1930 was essentially dependent on Western technological aid” (p. 283), and that “at least 95 percent of the industrial structure received this assistance.” (p. 348)[iii]

In Western Technology and Soviet Economic Development: 1945–1965, Sutton has this to say:

The Soviets employed more than 350 foreign concessions during the 1920s. These concessions enabled foreign entrepreneurs to establish business operations in the U.S.S.R.  The Soviet intent was to introduce foreign capital and skills, and the objective was to establish concessions in all sectors of the economy and thereby introduce Western techniques into the dormant post-revolutionary Russian economy. The foreign entrepreneur hoped to make a normal business profit in these operations. . . .Most of the 350 foreign concessions of the 1920s had been liquidated by 1930. . . . The concession was replaced by the technical-assistance agreement, which together with imports of foreign equipment and its subsequent standardization and duplication, constituted the principal means of development during the period 1930 to 1945.

In the late 1950’s the Soviets turned their attention to the deficient chemical, computer, shipbuilding, and consumer industries. A massive complete-plant purchasing program was begun in the late 1950s—for example, the Soviets bought at least 50 complete chemical plants between 1959 and 1963 for chemicals not previously produced in the U.S.S.R. A gigantic ship-purchasing program was then instituted so that by 1967 about two-thirds of the Soviet merchant fleet had been built in the West. [iv]

In the chapter, “Economic Aspects of Technical Transfers,” Sutton writes,

In each case of exceptional rates of growth between 1913 and 1967, in iron, steel, chemicals, fertilizers there was a significant acquisition of Western technology at the start of the rise in growth;  it is a matter of record that increments in output were planned to be at least initially dependent on the West. The planned increment in production was achieved in a conscious manner, not by internal technical resources, but by the purchase of high-productivity advanced units in the West.[v]

More difficulty was met in the acquisition of computers and similar advanced technologies, but a gradual weakening of Western export control by the end of the 1960s enabled the Soviets to purchase almost the very largest and fastest of Western computers.

Throughout the period of 50 years from 1917 to 1970, there was a persistent, powerful, and not clearly identifiable force in the West to continue the transfers.

And it continues:  In 2013, the U.S. government approved the sale of 20% of America’s uranium production capacity to Rosatom, the nuclear energy arm of the Russian state.

Rosatom’s acquisition of Toronto-based miner Uranium One Inc. made the Russian agency, which also builds nuclear weapons, one the world’s top five producers of the radioactive metal and gave it ownership of a mine in Wyoming.

In view of the aggressive nature of declared Soviet world objectives, such policies seem incomprehensible if the West’s objective was to survive as an alliance of non-communist nations.

One barrier to understanding recent history is the notion that all capitalists are the bitter and unswerving enemies of all Marxists and socialists. This idea is erroneous.   In fact, an alliance between international political capitalists and international revolutionary socialists is to their mutual benefit. This alliance has gone unobserved largely because historians are locked into the impossibility of any such alliance existing. One should bear two clues in mind: monopoly capitalists are the bitter enemies of free enterprise entrepreneurs; and, given the weaknesses of socialist central planning, the totalitarian socialist state is a perfect captive market for monopoly capitalists. If American monopoly capitalists were able to reduce a planned U.S.S.R. to the status of a captive technical colony would not this be the logical twentieth-century internationalist extension of the Morgan monopolies and the Rockefeller petroleum trust of the late nineteenth century?[vi]

That the Soviets had openly and consistently advocated the overthrow of Western democratic systems from 1917 is a fundamental starting point for the development of U.S. national security policies. Rationality suggests, therefore, that either the West’s policy regarding technical transfers to the U.S.S.R was in error or the U.S.A’s inflated annual defense expenditure was unnecessary.  Either there is no valid rationale for much of our technical transfers to with the Soviets, or there is no valid rationale for the armaments expenditures to defend against the Soviets.  The two policies are incompatible. . . . [vii]

There is adequate reason to believe that Western policy toward the U.S.S.R. in the field of economic relations is based on an inadequate observation of facts, and on invalid assumptions. In no other way can one explain the 50 years of policies which prescribe first the establishment and then the continuing subsidy of the technological development of the U.S.S.R. that simultaneously calls forth massive armaments expenditures against a threat from the U.S.S.R. Those countries which have been the prime technical subsidizers of the U.S.S.R. are also the countries with the largest expenditures on armaments against a presumably real threat from the Soviet Union. . . .

What motive explains this coalition of Western capitalists and the U.S.S.R.?

The simplest explanation is that a syndicate of Wall Street financiers and corporations enlarged their monopoly ambitions and broadened horizons on a global scale. The gigantic Russian market was to be converted into a captive market and a technical colony to be exploited by a few high-powered American financiers and the corporations under their control. . . .

A legacy of no-win wars has been costly in dollars and lives, with no other major