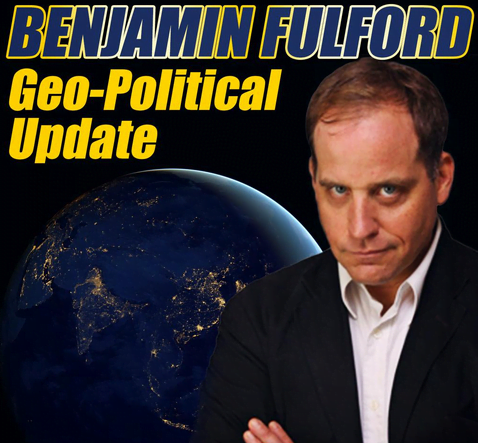 Last weekend’s G20 meeting of so-called world leaders was very revealing because 19 out of 20 of them publicly endorsed the fraud based global warming scam known as the Paris accords. This happened despite the fact carbon-based global warming is being proved both legally and scientifically to be a fraud.

Michael Mann, the author of the global warming “hockey stick” graph that is used by the UN endorsed IPCC is facing a jail sentence after refusing a judge’s request to show how he got the data to back his claims the world is rapidly warming. Meanwhile, another scientific study showed that almost all the warming recorded in recent years is the result of the temperature data being raised after it was measured.

However, things are changing at a deeper level, according to CIA, Pentagon and other sources. The military and intelligence apparatuses of Russia, the United States and China are all cooperating despite any hostile posturing by these countries’ respective politicians, the sources say.

This may be why Pope Francis felt the need to call up a journalist last week to issue the following statement:
“I am afraid there are very dangerous alliances between powers who have a distorted view of the world: America and Russia, China and North Korea, Russia and Assad in the war in Syria.”

Remember it was Pope Francis who handed Trump a 260 page document endorsing the climate change fraud when they met in May.

The other thing to note is that the G20 is calling for world governance centered on the IMF. Please recall that the head of the IMF is not selected by the people of the planet but rather by the same Khazarian bloodline group that selects the head of the UN, the World Bank etc. Remember, the IMF and its backers have been erecting gates to the temple of Baal otherwise known as Satan, at their meetings.

Note that the “very dangerous alliance” the Pope is referring to includes Russia, China, the US, North Korea and Syria. These countries are all moving away from bloodline control even though Russia still has a Rothschild figurehead president. Actual Russian sources this writer has contacted, though, all agree it is the Russian Orthodox Church and not Putin that runs Russia.

Pope Francis probably means well but he is deluded if he thinks a P2 Freemason selected person like Marco Di Mauro is going to be anointed the leader of a bloodline controlled world government.

The Pope should be concentrating more of his efforts on fighting the very real threat of Satanists who were, until recently, on the brink of taking over the world. Yet another former Satanist has come forward with testimony about large scale human sacrifice and other atrocities carried out by these people. This nine minute clip makes for very disturbing listening but it is definitely a call to action.

Action is, of course, being taken. The latest was Germany’s announcement last week that it broke up a pedophile ring that involved 87,000 people. You can be sure many of the people doing child sacrifices were scooped up in that bust.

In the US as well the final clean-up of the Khazarians continues. In the latest, former President Barack Obama’s attorney general Loretta Lynch has been giving detailed testimony about the crimes of her former Clinton/Bush bosses, CIA and other sources say. As a result Barack Obama sought political asylum in Indonesia last week but was denied it, according to White Dragon Society Sources in Indonesia. CIA sources in Europe confirm this and say Obama is going to have to go back to the US in order to be debriefed on who really controlled his presidency. Recall that when Obama was first elected he kept saying “thank you Satan” in reverse speech.

Speaking about Obama, the 40 second video clip below shows clearly how different his personal chemistry with Russia’s Vladimir Putin was from Trump and Putin’s chemistry.

Pentagon sources say the change in chemistry reflects a Trump regime campaign to seduce Russia into joining it in an alliance against Chinese and Khazarian control.

“In a smack down of the cabal and the deep state, political novice Trump was ‘honored’ to meet with elder statesman Putin where Putin’s plan to make Russia great again with symphony of church and state will no doubt be the blueprint for Trump to make America great again,” the Pentagon sources say.

“Trump emerges as defender of Western civilization from Judaic [Satanic] destruction, and he is ably assisted by Putin and the Pope to form a super-Christian bloc to contain China and holocaust the global Jewish mafia,” one Pentagon source says.

The WDS makes it clear there is to be no collective punishment and the only people who are being targeted are the ones who have been engaged in mass murder through biological weapons, nuclear terror, human sacrifice, illegal war etc.

However, it is clear the Trump administration represents a generalized backlash against Khazarian control that could spiral out of control into an attack on Jews in general. On his trip to Poland Trump refused visit the Jewish Warsaw Ghetto monument. In his speech in Poland when Trump mentioned threats from inside and from the South and the East he was referring to Saudi Arabia, Israel and its 5th column in the USA, the Pentagon sources say.