Prepare For Change
Home Education Shocking Truth Of UK Involvement In The Deaths of 6-8 million in... 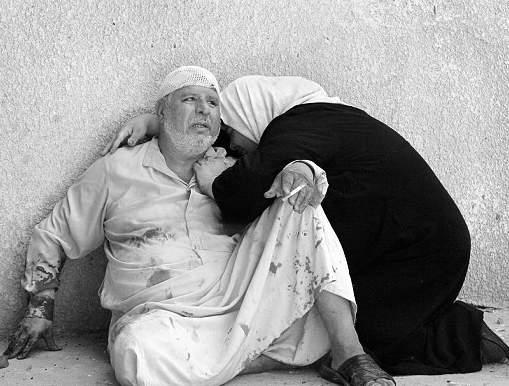 There is possibly a time when Tony Blair is going to have to deal with the consequences of his actions over Iraq with the coming Chilcot inquiry report – however long that may take. And even then, the Chilcot report is likely to be nothing more than a whitewashing of the truth.

“I think it was an illegal war,” Jeremy Corbyn said in an interview with BBC2’s Newsnight adding that former UN secretary general had confirmed that. “Therefore he (Blair) has to explain that.”

Calls for Tony Blair to face war crimes are accelerating and it is hardly surprising now we know what we know to be true. And what we now know is truly shocking, even though the British media has universally refused to report it. Type the keywords of this report into Google (such as ‘war on terror, killed four million Muslims) and the British press are 100% absent, so it is worth reading.

Landmark research proves that the US-led ‘war on terror’ has killed much higher numbers than previously reported and this is only a fraction of Western responsibility for deaths in Iraq and Afghanistan over the last two decades.

Back in March this year, the Washington DC-based Physicians for Social Responsibility (PSR) released a landmark study concluding that the death toll from 10 years of the “War on Terror” since the 9/11 attacks is at least 1.3 million, and could be as high as 2 million. But still, the reality is much worse as the report concludes:

“The 97-page report by the Nobel Peace Prize-winning doctors’ group is the first to tally up the total number of civilian casualties from US-UK led interventions in Iraq, Afghanistan and Pakistan. Yet this report has been almost completely blacked out by the English-language media, despite being the first effort by a world-leading public health organisation to produce a scientifically robust calculation of the number of people killed by the US-UK-led “war on terror”.

The PSR report is described by Dr Hans von Sponeck, former UN assistant secretary-general, as “a significant contribution to narrowing the gap between reliable estimates of victims of war, especially civilians in Iraq, Afghanistan and Pakistan and tendentious, manipulated or even fraudulent accounts”.

The report conducts a critical review of previous death toll estimates of “war on terror” casualties. It is heavily critical of the figure most widely cited by mainstream media as authoritative, namely, the Iraq Body Count (IBC) estimate of 115,000 dead. Latest figure HERE.

According to the PSR study, the much-disputed Lancet study that estimated 655,000 Iraq deaths up to 2006 (and over a million until today by extrapolation) was likely to be far more accurate than IBC’s figures. In fact, the report confirms a virtual consensus among epidemiologists on the reliability of the Lancet study.

In the meantime, Global Research compiled a chronological and descriptive list of how exactly Tony Blair is implicated in the illegal attacks and the awful consequences as this report highlights. One can only conclude from this that Blair should be in the dock.

An earlier PSR study by Beth Daponte, then a US government Census Bureau demographer, found that Iraq deaths caused by the direct and indirect impact of the first Gulf War amounted to around 200,000 Iraqis, mostly civilians. Meanwhile, her internal government study was censored.

After US-led forces pulled out, the war on Iraq continued in economic form through the US-UK imposed UN sanctions regime, on the pretext of denying Saddam Hussein the materials necessary to make weapons of mass destruction. Items banned from Iraq under this rationale included a vast number of items needed for everyday life.

Undisputed UN figures show that 1.7 million Iraqi civilians died due to the West’s brutal sanctions regime, half of whom were children.

The mass death was seemingly intended. Among items banned by the UN sanctions were chemicals and equipment essential for Iraq’s national water treatment system. A secret US Defence Intelligence Agency (DIA) document discovered by Professor Thomas Nagy of the School of Business at George Washington University amounted, he said, to “an early blueprint for genocide against the people of Iraq”.

In his paper for the Association of Genocide Scholars at the University of Manitoba, Professor Nagi explained that the DIA document revealed “minute details of a fully workable method to ‘fully degrade the water treatment system’ of an entire nation” over a period of a decade.

This means that in Iraq alone, the US-UK led war from 1991 to 2003 killed 1.9 million Iraqis; then from 2003 onwards around 1 million: totalling just under 3 million Iraqis dead over two decades.

Politicians in the UK knew what they were doing and the immense toll it was taking on innocent civilians, yet stood back from this act of genocide and effectively censored the intelligence from the British people.

The report is just as damning for Afghanistan. A retired biochemist at La Trobe University in Melbourne, Polya concludes that total avoidable Afghan deaths since 2001 under ongoing war and occupation-imposed deprivation amount to around 3 million people, about 900,000 of whom are infants under five.

In a 2001 National Academy of Sciences report, Forced Migration and Mortality, leading epidemiologist Steven Hansch, a director of Relief International, noted that total excess mortality in Afghanistan due to the indirect impacts of war through the 1990s could be anywhere between 200,000 and 2 million. The Soviet Union, of course, also bore responsibility for its role in devastating civilian infrastructure, thus paving the way for these deaths.

Altogether, this suggests that the total Afghan death toll due to the direct and indirect impacts of US-led intervention since the early nineties until now could be as high 3-5 million.

According to the figures explored here, total deaths from Western interventions in Iraq and Afghanistan since the 1990s – from direct killings and the longer-term impact of war-imposed deprivation – likely constitute around 4 million (2 million in Iraq from 1991-2003, plus 2 million from the “war on terror”). The report concluded – “The total figure could be as high as 6-8 million people when accounting for higher avoidable death estimates in Afghanistan”.

Such figures could well be too high, but will never know for sure. US and UK armed forces, as a matter of policy, refuse to keep track of the civilian death toll of military operations – they are an irrelevant inconvenience.

Due to the severe lack of data in Iraq, almost complete non-existence of records in Afghanistan, and the indifference of Western governments to civilian deaths, it is literally impossible to determine the true extent of loss of life. One thing is for sure, the numbers are enormous, much greater than we have been led to believe by so-called ‘official sources’.

It is of no surprise that many have joined armed groups in these regions. Many have lost not just loved ones but entire families, homes, communities, businesses and their homeland as well and have nothing left to lose.