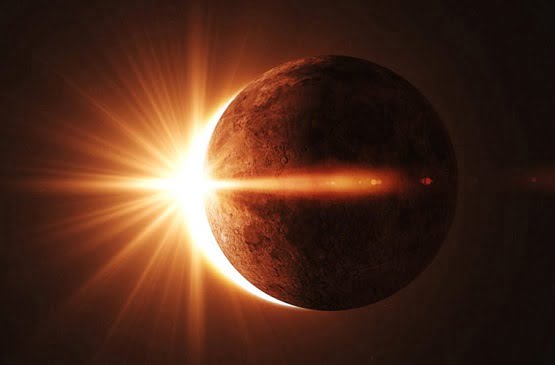 Breaking News: The Meditation of All Meditations Approaching (Video)

QUARANTINE, EARTH – It is being reported by several sources within the large open-prison-complex on planet Earth that the hostages are banding together for the first time in its history that is expected to usher in a wave of positivity in hopes that they will be able to break free from their oppressors and propel themselves into the Star Trek society they now know is possible. They plan to organize and execute a mass meditation during the time of the upcoming Solar Eclipse.

History is being made as hundreds of thousands of Starseeds are expected to put aside their differences and unite to throw off the shackles of oppression that have plagued this beautiful planet for millenia.

It hasn’t been an easy journey but several groups in the awakening/truth community are now reportedly working together to co-create a better future for themselves, their families and the rest of humanity. This meditation is expected to bring about changes that ‘could only be imagined’.

We reached out to a representative for this incredible movement and we received a short but informational video transmission in what they described as a “news-style presentation which we feel Earthlings would be more familiar with.”

Could this meditation trigger the long-awaited ‘Event‘ that these groups have been discussing for decades? We won’t have to wait long to find out. There are, of course, those who would like to see these plans derailed and the current power structure remain in place which some would say only benefits the wealthy elite portions of society.

We reached out to a member of this alleged ‘New World Order’ for a comment and after several days of waiting we received a response from an organization which calls themselves the ‘Chimera Group’:

It doesn’t look very encouraging for the Chimera Group as the most powerful beings in the Universe are finally coming together to defeat their plans for world domination. It is also being reported that even the Chimera Groups’ scorched earth plans are not going to come to fruition as the planet has been completed surrounded from all sides by a powerful Alliance group called the Galactic Confederation, stopping them at every attempt.

Hold on to your stones and crystals because this event is going to be something this planet and its people have never witnessed before!

For the WORLDWIDE SYNCHRONIZED MEDITATION…that begins playing automatically everywhere around the world at the correct time in 15 different languages, click here:

Download link to the Eclipse Meditation using WeTransfer. It will take a few minutes to complete and launch on your computer, but then you will have it locally.
https://we.tl/RVxyDR4r7R

Use this simple meditation between now and the actual time on August 21st. This is a worldwide meditation to be done at the same time around the world. It is to create a tsunami of LOVE!

Listen or read the Cobra/Corey Goode Unity interview about the Worldwide Solar Eclipse Meditation for Monday 8/21/17:

Let’s Talk About the Astral!

Becoming the Change…. Morphogenic Fields and You