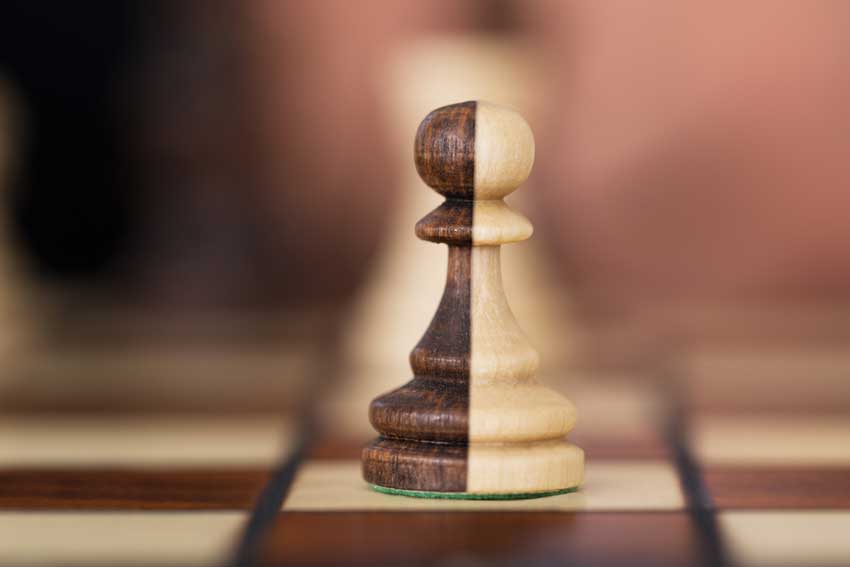 Tensions have never been higher after the horrible events which occurred at Charlottesville. Many people on the left see this as a call-to-arms against the ideological right, which many of them view as actual Nazis, while the right sees the move to tear down the Robert E. Lee statue as an attack on history and free speech. There are several competing media narratives surrounding this event, including attempts to wrongly brand more people on the right as White Supremacists when in reality most right-of-center Americans do not support the radicals at the “Unite the Right” rally in Virginia. This includes White Nationalists like Richard Spencer as well as Neo-Nazis, only a statistically insignificant number of which were at the rally.

Neither Side Represents a Majority

Nearly all people can agree, both on the left and the right, that Nazism and racial supremacy in any form have no place in America. However, what the mainstream media and far-left won’t say is that there’s no more room for censorship or violence coming from groups such as the National Socialist Workers Party (Nazi Party) in the United States as there is for censorship or violence which comes from left-leaning groups like Black Lives Matter or ANTIFA. Free speech applies to all speech, including that which is deemed offensive or controversial; that’s one of the most fundamental principles of western society.

In truth, neither the far-left nor their “alt-right” counterparts represent a majority. This is one of the most important facts regarding Charlottesville because it denounces the idea that those with polarized fringe political ideologies have the backing of the rest of the country. It is true that a divide is growing, but many on the left decry ANTIFA just as most on the right do not support the White Nationalist movement.

Events Have Been Leading Up to This for Months

What the media does not want to cover is the fact that occurrences have been leading up to the events at Charlottesville for some time. Throughout these past few years there has been a back-and-forth between the regressive left and the conservative right regarding issues such as social justice, free speech, and diversity. This has led to a “resistance movement” by the left in the form of protests, rioting, and shutting down talks from conservative speakers. Possibly the most infamous riot successfully forced Milo Yiannopoulos to evacuate from U.C. Berkeley campus, barring him from speaking. The intimidation goes further, with a professor of philosophy and ethics allegedly assaulting a Trump supporter with a bike chain at Berkeley.

It is because of this violence that renowned liberal intellectual Noam Chomsky decried ANTIFA as “wrong in principle” and “a major gift to the right.”

“As for Antifa, it’s a minuscule fringe of the Left, just as its predecessors were. It’s a major gift to the right, including the militant right, who are exuberant…what they do is often wrong in principle – like blocking talks – and [the movement] is generally self-destructive.” – Noam Chomsky

The Establishment Has Been the Apex of Sewing Partisan Division

The mainstream media has been at the apex of seeding division in America. For example, they love to point out that Trump was endorsed by, although he has disavowed them many times for over a decade, the KKK and David Duke. Knowing this, it almost seems as though they would also point out the fact that Hillary Clinton was endorsed by John Bachtell, the head of the U.S. Communist party, but they barely covered it at all.

Reasons such as this exemplify why Americans are becoming increasingly distraught with the mainstream media, which is almost entirely run by liberals, as well as academic and scientific areas which are almost unanimously controlled by leftists as well. In fact, a study from 2005 reveals that 72 percent of those teaching at American Universities have liberal leanings, compared to just 15 percent who are conservative. A newer study from 2016 counts the ratio of democrats-to-republicans in academia as nearly twelve to one, begging the question “does ‘diversity’ include diversity of thought?”

One college professor even had the audacity to teach a course titled “Abolition of Whiteness,” with the goal of indoctrinating students into guilt regarding the color of their skin.

Another instructor at the University of Iowa is making it her goal to “dismantle” her student’s “whiteness” in all of her courses. She believes that “whiteness” intrinsically perpetuates “hegemonic racism, sexism, classism, ableism, cisgenderism, and heterosexism.”

“As a white assistant professor of mostly white graduate students who will become higher education leaders, I work to dismantle whiteness in my curriculum, assignments, and pedagogy.” – Jodi Linley, Instructor, University of Iowa

If that wasn’t enough, professors at both the University of Chicago, as well as the University of Colorado have banned dissenting opinions regarding climate change, a suppressive move of true intellectual totalitarianism which only serves to incite even more partisan division.

“We will not, at any time, debate the science of climate change, nor will the ‘other side’ of the climate change debate be taught or discussed in this course.” – Professors at the University of Colorado, as explained in their letter obtained by The College Fix.

Alt-Right and Alt-Left Are Tools of Divide and Conquer

The “Alt-Left” and “Alt-Right” are in fact not grassroots movements so much as they are political tools to be used for divide and conquer. Actually, both movements have ties to globalist power-men, such as Jason Kessler, the lead organizer of the Charlottesville “Unite the Right” event, who was allegedly part of the Occupy Wall Street movement as well as an Obama supporter just eight years ago. It is possible that he simply changed his tune over that period, but it is also being speculated by some that he is in actuality a professional activist, or even akin to a CointelPro-style agent with the intent to sew division in America.

“At one recent speech in favor of Charlottesville’s status as a sanctuary city, Kessler live-streamed himself as an attendee questioned him and apologized for an undisclosed spat during Kessler’s apparent involvement with Occupy. Kessler appeared visibly perturbed by the woman’s presence and reminders of their past association.” – Southern Poverty Law Center

It has also been revealed that far-leftist groups such as Black Lives Matter and ANTIFA have been funded by billionaire globalist George Soros.

Recognizing the need for strategic assistance, the U.S. Programs Board [part of Soros Open Society Institute] approved $650,000 in Opportunities Fund support to invest in technical assistance and support for the groups at the core of the burgeoning #BlackLivesMatter movement.” – Leaked Open Society Document

Some ANTIFA protesters were allegedly paid $15 an hour for their “services” and groups such as the Alliance for Global Justice (AfGJ) and Refuse Fascism have also been on Soros payroll.

Antifa chanting “George Soros where’s our money?” As they stand off with Trump supporters. #TrumpRallypic.twitter.com/GvIRn8bKAj 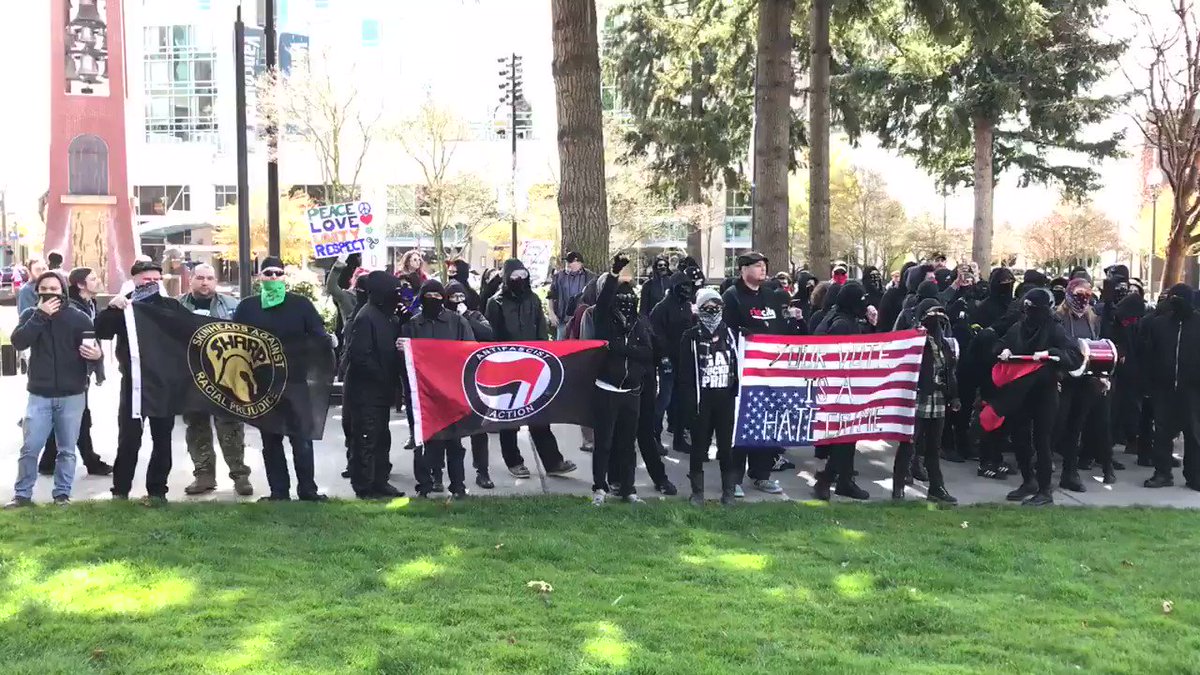 As I’m sure you recognize, this situation has nothing to do with skin color, it has to do with ideology. Clearly this is not a black-and-white issue whereas both the left and the right have their bad guys, as well as good people working within these widely differing ideologies. In truth, the battle between the “alt-left” and “alt-right” only serves to distract the public from real issues. If the average person who isn’t a part of the far-left or White Nationalist movement doesn’t get caught up in the chaos and become part of these extreme ideologies, then we have a pretty slim chance of this escalating into a larger conflict. However, if the anger becomes too great and is directed at disabling free speech or causing more violence, we might have a rough road ahead of us.

“When you tear out a man’s tongue, you are not proving him a liar, you’re only telling the world that you fear what he might say.” -Tyrion Lannister, Game of Thrones

Phillip Schneider is a student and a staff writer for Waking Times.

This article (America is Falling into the Trap of Divide and Conquer) was originally created and published by Waking Times and is published here under a Creative Commons license with attribution to Phillip Schneider and WakingTimes.com. It may be re-posted freely with proper attribution, author bio, and this copyright statement.