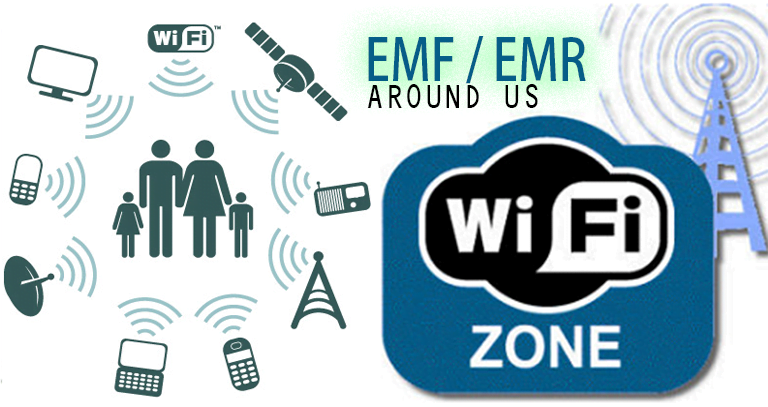 In July of 2017, the Republic and Canton of Geneva, Department of Public Instruction, Culture and Sport, Office for Children and Youth, Child and Youth Health Service of Switzerland did something rather unusual, but extremely proactive, to enforce the “Precautionary Principle.”

The Swiss Department of Public Instruction “issued a note on the risks of digital technology to health, which must be transmitted to all teachers at the start of the school year. The Service reminds us that screens also affect sleep and eyesight, and favor the development of diseases such as type 2 diabetes, cardiovascular disease, and obesity. The note briefly mentions electromagnetic radiation (in the context of cancer risk and the precautionary recommendations by the Federal Office for Public Health regarding use of Wi-Fi-WLAN). It is our hope that this note will also be sent to all physicians, especially pediatricians,” as per translation by the Editor of “Towards Better Health.” [2]

The information put forth by the Swiss Department of Public Instruction [1] borders on “dire” regarding the health problems no one in the microwave industry or its professional associations apparently wants to divulge to the public, since knowing such information rightfully would QUESTION the ‘universal’ acceptance and reliance upon harmful electromagnetic-radiation-emitting ‘smart’ technologies!

According to the translation [1], “This document reviews observed effects, emerging issues, and some precautionary measures to follow (recommendations at the end of the document) and promote proper use of screens and digital technology.”

Under “Use by Children,” we find this:

At age 7, a child born today will have already spent one year of his life looking at screens. At age 18, this duration is estimated to be 3 years and at age 80, it is around 18 years of a person’s life spent in front of screens.

Under “Effects on Development,” this:

Games and action films have a negative marked effect on children’s decision-making.

We have observed that dopamine, a neurotransmitter essential to maintaining attention, is secreted in significant fashion in young adults playing online games. Dopamine is also a cerebral component of the system of reward and would thus be implicated in the development and maintenance of an addiction to these games and to viewing screens in general. The problem of addiction affects relatively few young people but can constitute a real health problem, justifying appropriate therapy.

Several studies have clearly shown that children’s use of screens was associated with a delay in speech. Each daily hour of video, so-called adapted and shown to the youngest children, aged 8 months to 16 months, translates into an impoverishment of vocabulary on the order of 10%. Two hours of daily TV for children aged 2 to 4 triples the risk of speech delay. The reason for this is essentially the significant reduction of intra-familial verbal exchanges.

In order to develop, cognitively and emotionally, the child needs interactions with other children and adults. He learns the need to communicate by exploration, touch, and imitation. The viewing of two-dimensional images and interaction with a screen does not favor this learning. Even passive exposure to TV (the child is not watching it but playing in the same room) has a negative effect on the development of the child.

Under “Physical Effects on Health,” in addition to “exposure time to screens and many diseases that are harmful to health,” we read:

Sedentariness induced by prolonged exposure to screens certainly plays an important role but does not explain everything. The stress generated by the use of TIC (information and communication technology) over a long period persists even during the night and disturbs the cortisol cycle and the secretion of insulin and raises blood pressure whether the person engages in physical exercise or not. [CJF emphasis]

The balance of cortisol levels that are present within the body at any one time is extremely important for our overall health. Having too much and too little cortisol in your system can cause a number of issues that range from minor to serious. The effects of having too much cortisol in the body can include rapid weight gain, high blood pressure, muscle weakness, and severe mood swings that manifest in anxiety and depression. [3]

Under “Effects on Eyesight,”

The effects of blue light on the eyes have especially been studied along with use of LED lighting. Besides its effect on sleep, blue light can cause retinal lesions. [….]

We know that children are more sensitive to blue light and absorb it more easily, which is another reason for limiting their exposure to screens, in particular to smartphones, and to select digital devices with filters.

The prolonged use of screens can also cause dryness and irritation of the eyes and ocular fatigue. It is known that this is also contributing to the epidemic of myopia that we have been seeing for several years, even if other factors also cause this.

The “Risk of Cancer” indicates

Electromagnetic fields generated by digital devices are causing concern regarding the potential carcinogenic effects of this radiation. Based on current scientific knowledge, there is no major risk identified, except an eventual small risk of a brain tumor observed in persons significantly using a mobile phone long-term (a device which emits more waves and is used closer to the brain). This has caused the International Agency for Research on Cancer of the World Health Organization to define exposure to these electromagnetic waves as possibly carcinogenic to humans.

The fields generated by wireless installations are below the defined standards and are considered without risk. However, we still know little about the eventual long-term effects. The issue continues to raise concern and controversy and to be the subject of studies. It is important to respect certain rules as a precautionary measure. [CJF emphasis]

In “General Recommendations,” we find numerous suggestions, but these stand out, in my opinion:

Devices in bedrooms should be limited: no TV, computers, tablets. Cell phones should be banned or switched off depending on the child’s or young person’s ability to take responsibility. [….]

Following are recommendations of the Federal Office for Public Health aimed at limiting exposure to radiation:

I encourage readers to study the entire translation since I could not include all that was stated.

Moreover, I encourage the U.S. Department of Education to implement the Precautionary Principle immediately, as U.S. children are being overexposed to harmful electromagnetic radiation waves, i.e., non-thermal radiation waves, especially in school during hours of Wi-Fi in classrooms, which the U.S. FCC, microwave technology industries and their professional associations should be prosecuted about for not revealing the real scientific facts – not “consensus science” – relating to harmful EMFs and RFs.

[1] “Uses of Digital Technology: Health “by Dr. C.-A. Wyler, July 2017 – Translation by the Editor of Towards Better Health
https://mieuxprevenir.blogspot.ch/2017/09/switzerland-note-issued-by-child-and.htm

[2] Email forwarding the above information

5 Billion Mobile Phone Users in the World: How Many Users Are Exposing Themselves to Levels of Microwave Radiation Beyond Regulatory Standards
http://mieuxprevenir.blogspot.com/2017/07/5-billion-mobile-phone-users-in-world.html