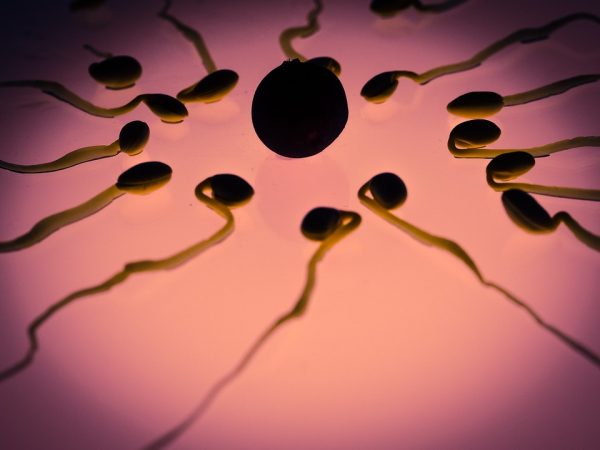 If sperm counts continue to fall at the current pace, humans could become extinct, a new report revealed. A team of researchers from the Hebrew University-Hadassah Braun School of Public Health and Community Medicine and the Icahn School of Medicine at Mount Sinai analyzed the results of 185 studies involving nearly 43,000 men from America, Europe, Australia, New Zealand, Asia, and Africa who provided semen samples between 1973 and 2011.

After evaluating the results, the researchers concluded that the concentration of sperm in the ejaculate of men in western countries has reduced by more than 50 percent in the last 40 years. Every year the sperm count drops by an average of 1.4 percent and the rate of decline is not slowing down.

“This is an urgent wake-up call for researchers and health authorities around the world to investigate the causes of the sharp drop in sperm count, with the goal of prevention,” said Dr. Levine, an epidemiologist and lead author of the study. “Decreasing sperm count has been of great concern since it was first reported 25 years ago. This shows the decline is strong and continuing,” added Dr. Swan, who was also involved in the study.

Though the study did not examine the drivers behind the decline, the scientists believe a number of chemicals used in everyday products, industries, and farming may be behind the crisis, the Mirror reported.

Since the study, published in the Human Reproduction Update, did not find a significant decline in sperm count in South American, Asian, and African men, the scientists suggested commercial chemicals are playing a major role in this trend.

According to Dr. Levine, the results are quite shocking. Though infertility treatments such as in vitro fertilization (IVF) can offer solutions to couples who want a child, little has been done to address the root of the issue. He added that low sperm counts might be an indicator of poor health among men in general.

“This is a classic under the radar huge public health problem that is really neglected,” he told The Guardian.

Though previous research has come to the same conclusion, the link between poor diet, environmental chemicals, and infertility has been ignored and criticized, with some saying the decline could be due to changing laboratory methods or the selection of men with infertility problems.

Dr. Levine and his team, however, noted that they addressed all these issues by analyzing studies that used the same sperm count method and involved men who were not aware of infertility problems or diseases, among other measures.

Since this new meta-analysis tackled many of the problems of previous studies, Richard Sharpe, an expert in male reproductive health and professor at the University of Edinburgh, welcomed the study. He added that these results are about the closest we will get to being sure about the ongoing sperm decline.

Since the field of male reproductive research is under-investigated, more research is needed to confirm the potential causes for the sperm count decline. Previous research has found links to body weight, a lack of physical activity, smoking, and exposure of pregnant women to toxic substances found in a broad range of processed foods, cosmetics, and household products. These substances are known as endocrine disruptors.

Allan Pacey, professor of andrology at the University of Sheffield, added that male reproductivity is becoming a great cause for concern as rates of testicular cancer are on the rise. He advised guys with low sperm count and a wish to have children to not delay.

“If you are a guy with a low sperm count and you try for a baby when you are 21, you are probably not going to notice you’ve got a problem,” Pacey said. “But if you are trying with your partner when she is 35 then that’s when the heartache comes, because by then you have got low sperm count, you’ve got an older partner and you haven’t got a lot of time to try and fix it medically.”