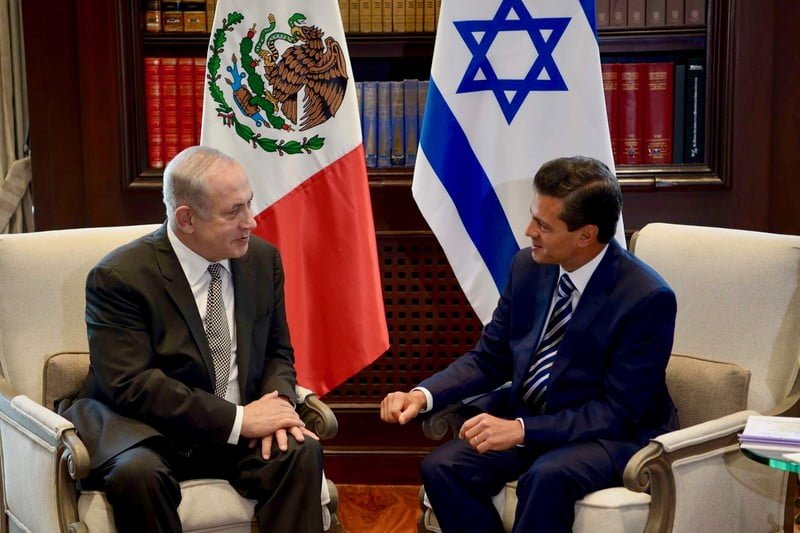 Trump now says his wall will be “see through,” suggesting an emphasis on fences and electronic monitoring, rather than concrete.

Construction of the prototypes is expected to begin this fall near San Diego.

The company is the Maryland-based subsidiary of Elta Systems Ltd., which is owned by one of Israel’s leading arms companies, Israel Aerospace Industries.

Elta is not the only Israeli firm that pitched itself to build Trump’s wall. Magal Security Systems, a company that has helped Israel isolate Gaza from the outside world, earlier expressed its interest in winning the contract.

While Trump has not yet secured the billions of dollars from Congress that it would take to complete such a project, he has expressed admiration for Israel’s walling and fencing of Palestinians as a model.

Previously, Israeli arms maker Elbit Systems was awarded a $145-million contract by the Obama administration for surveillance equipment along the US-Mexico frontier.

US front for Israeli firm

By forming a subsidiary in the United States, Elta is able to effectively get around requirements that billions of dollars in US military aid to Israel be spent with US firms.

As the Israeli newspaper Haaretz explains, Elta North America “provides radar components for the Israeli military, which purchases them using US military aid, which must be spent in the United States.”

It is also able to sell directly to the US military and other government agencies.

Elta markets itself as part of the burgeoning American “homeland security” industry.

Elta will be represented at next month’s International Association of Chiefs of Police convention in Philadelphia, and along with other Israeli arms firms will be at next year’s Border Security Expo in Texas.

The burgeoning relationship between US militarized policing and Israel’s military-industrial complex is the focus of the new activist campaign Deadly Exchange, that seeks to end such ties.

Israeli activists have also tried to stop firms including Elta and Israel Aerospace Industries from selling weapons to the military regime in Myanmar.

According to Human Rights Watch, the Myanmar military is carrying out crimes against humanity, including forced deportation, murder, rape and persecution against Rohingya Muslims in the country’s Rakhine State.

In 2015, Myanmar’s military leader visited Israel Aerospace Industries and Elta as part of an arms shopping tour in Israel.

Israeli arms companies have sold weapons into regions where bloody wars and genocides have taken place, including Rwanda and South Sudan.

Mexico expressed its outrage in January when Israeli Prime Minister Benjamin Netanyahu endorsed Trump’s plan for a wall on the US-Mexico border.

Under domestic pressure, Mexico’s Cemex announced earlier this year that it wouldn’t take part in building the wall. Ironically, the construction materials conglomerate remains complicit in Israel’s occupation and illegal colonization of the West Bank.

Netanyahu undoubtedly had Israel’s ideological and commercial interests in mind when he endorsed Trump’s wall.

But President Enrique Peña Nieto appears to have gotten over any anger, giving Netanyahu a warm welcome in Mexico City earlier this month.

Peña Nieto said his country would seek closer cooperation with Israel, including on “cybersecurity.”

The Mexican president did not say if that meant his government would be seeking to buy more of the Israeli malware that has been used in efforts to intimidate and spy on Mexican journalists and human rights defenders.