Prepare For Change
Home Consciousness OUR ADDICTION TO SUFFERING 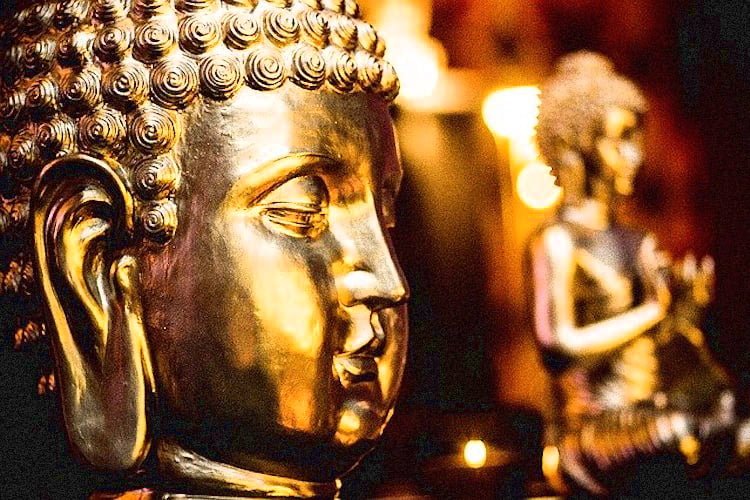 The Buddha said that suffering arises from craving — for instance, craving for more love, more possessions, more physical prowess or beauty. But sometimes I wonder if the truth is more akin to the reverse — that we crave our suffering. In other words, are we actually addicted to suffering?

In the past, I have occasionally mentioned my brother in my writing. He has suffered from mental illness all of his life and lives in an assisted living facility for the disabled in my hometown. I call him every Sunday. Some weeks are good, others are bad.

Yes, my brother has physiological reasons for his suffering, but he also tends to become unnecessarily mired in it. Because of his sensitivity, things that would seem minor to most of us can send him into a tail spin. Recently, relatively minor problems with his car freaked him out so badly that he ended up in the hospital for a day. Other days, an offhand comment or look from someone (who was probably just having a bad day, or perhaps meant nothing at all) can land him in bed for days. He often engages in negative self-talk and regrets. Simple day-to-day tasks for most of us, like bathing and teeth-brushing, are actually goals to be achieved for my brother. Some weeks he succeeds, some weeks it’s all too much.

I’ll admit that I can get frustrated with my brother’s suffering. But lately I’ve begun to wonder if it’s all just a matter of scale. After all, what may seem major to each of us might seem like a minor problem to other people. Haven’t you obsessed and suffered over a problem that weeks later is forgotten in the mists of time? How often do relationship woes that plagued you for weeks or months blow over when you realize it was all a misunderstanding or, if not, all for the best? And doesn’t it often seem as if the moment one cause for suffering clears up, we manage to find another? As a person who tends to be a worrier, I’ve really tried to catch myself when I find a new worry to substitute for another that has passed.

Why do we cling so much to our suffering?

Recently, I’ve been doing a lot of reading and research in the area of self-healing methodologies. I have written in the past about the ideas and techniques utilized in Huna, a system of thought and practice based on Hawaiian shamanism. As it turns out, Huna is also fundamentally related to other systems such as hypnotherapy (check out this recent book by my hypnotherapist Alba Alamillo) and recent writings of people like Joe Dispenza (“You Are the Placebo”) and John Sarno (“The Divided Mind”) — though they all use different terminology and come from different world-views.

Many of these authors point out that our brains and bodies actually become addicted to habitual thoughts and emotions. In other words, our suffering thoughts and emotions may literally be ingrained as deep pathways in our brains. Moving out of these patterns feels uncomfortable, and given the chance, we’ll fall right back into these habitual ruts of thought, emotion, and behavior. In fact, we’ll tend to notice things that support our habits of thought and ignore things that don’t. For example, if we tend to worry about our health, we’ll fixate on comments or articles that support these worries, but completely ignore evidence that contradicts these fears.

Humans also tend to have a negativity bias. For example, if we hear a negative comment about ourselves (or hear negative news in general), we will fixate much more on it than if someone praised us or something good happens in the world. In the past, this bias helped to keep us alive. We had to pay attention if lions were seen in the neighborhood; the cheerful comment of our mate necessarily carried less weight. But today, our tendency to notice and obsess over negativity has gone overboard.

The media know this well. All you need to do is pick up the morning newspaper to see that. Our entertainment has also become more and more frightening and negative. Even so-called “comedies” are more akin to chagrin-fests, with nary a chuckle evinced. My husband Steve and I need to look further and further into the past to find movies and TV shows that allow us to sleep at night. Even action shows of 20 years ago seem like comedies compared to today’s fare. All of us have become more and more addicted to horror, and the creators of our media and entertainment keep upping the ante to keep us that way. All of this is operating like a true addiction — with stronger and stronger fixes needed to keep us stimulated — whether it be sex, coffee, drugs, fear, or our own personal miseries.

How to break our addiction to suffering? The first step is to start noticing it. Notice those negative thoughts — putting yourself down, starting up new worries and fears. And as quickly as you can, replace them with positive thoughts — even if you can’t quite believe them at first. In fact, write them down. Say them out loud. Our “basic self” or our subconscious is more impressed by action than just thought.

It may feel weird and even uncomfortable at first to establish new pathways in your thoughts. Keep at it. Many researchers say it takes 3 weeks of effort to start getting better at this. Joe Dispenza also recommends combining your new positive thoughts with extremely heightened positive emotions like gratitude and joy. It’s like creating a huge wave of positivity that wipes out the deeply grooved negative thoughts in the sands of your mind. Much as I recommend in my book Active Consciousness, getting into Now+ — a meditative state of joy and gratitude in the Now — increases your ability to create a new future.

It is possible to break the pattern of habitual suffering. Even a positive thought or suggestion here and there can make a difference. I even see this with my brother. Rather than just commiserating with his suffering each week, it actually makes more of a difference if I say to him — “Try to get out and take a walk today”, or “Try to brush your teeth this week — you can do it!”. More often than not, he will tell me the following Sunday that he forced himself to do it because I said so, and felt better for it. My positivity and words of faith in him helped bounce him out of his suffering, at least for a while.

It is your own mind that keeps you addicted to your suffering. We all tend to do it. But you also have the ability to create new patterns and thoughts and emotions. Begin today!

Amy Lansky was a NASA researcher in artificial intelligence when her life was transformed by the miraculous homeopathic cure of her son’s autism. In 2003, she publishedImpossible Cure: The Promise of Homeopathy, now one of the best-selling introductory books on homeopathy worldwide (www.impossiblecure.com). Since then, Lansky has broadened her investigations to include ancient and modern teachings about consciousness, psychic phenomena, synchronicity, meditation, and our collective power to evolve and transform our world. The result is her second book, Active Consciousness: Awakening the Power Within, published in 2011 (www.activeconsciousness.com). Lansky was also featured in the recent movie about synchronicity, Time is Art. Her blog can be found at: www.amylansky.com.