Prepare For Change
Home Awakening The Microchipping Agenda is Running Exactly in Line With the Eradication of... 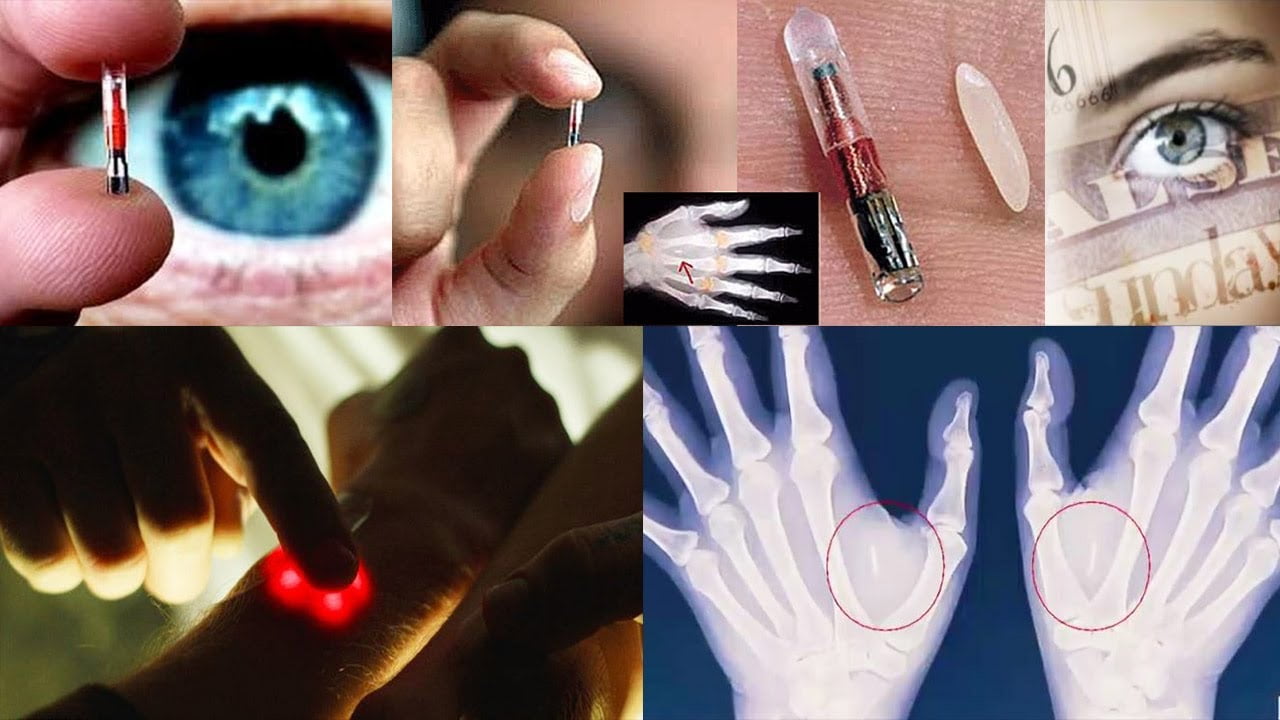 Technology as a whole has taken up a hugely disproportionate part of our lives in the modern age.

The would be useful tools — if used in a rational proportion — that showcase the ‘genius of man’ for all to see, have gripped the once dreaming minds of young and old alike and have disconnected us from one another on a scale which beggars belief.

What an irony that in the age of prolific ‘communications advancement’ we have largely forgotten how to actually communicate with one another, human being to human being, without the pixilated and fiber — optic mediums situated in between and disconnecting us ever further from reality.

The modern human’s fascination with each new and sophisticated piece of high-tech wizardry leads them to unthinkingly accept each new ‘advancement’ as glaring proof that we are at the zenith of human evolution and the quaint sensibilities of generations gone by were a result of their people’s inferior intellects and insufficient technological prowess. 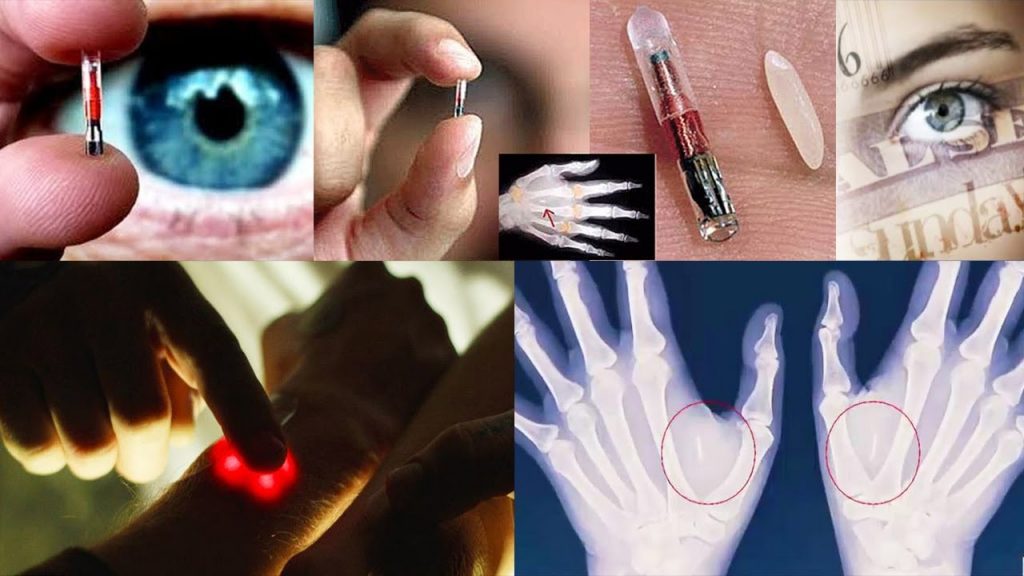 This mindset, steeped in braggadocio, is patently false and dangerous in that it fails to produce the necessary opprobrium when an idea as sinister as micro-chipping human beings comes barreling headlong down the freeway of scientific so-called evolution.

I still remember a time in my relatively young life when the suggestion that the government would some day implement a human micro-chipping program was enough to earn one the ‘tin foil hat wearer’ sobriquet. No longer.

Today we are seeing this exact program begin to take shape and it’s gaining momentum it seems with each passing day. This in spite of the rather dubious explanations being given for their implementation.

Just this month we were treated to the insane ramblings of one Mike Miller, who holds the lofty title of World Olympians Association chief executive. Mr. Miller believes that athletes should be microchipped so that gaming officials can gain the upper hand in the war against those vile scourges of society… drug cheaters in sports.

Such an unbelievably psychotic statement could only come from a warped mind and the excuse of ‘rooting out steroid users’ in sports seems pathetically weak and entirely incommensurate when considering the draconian, freedom-busting ‘solution’ being offered.

Given all that is going on in our world today, I would be inclined to place ‘steroid use in sports’ right alongside Spongebob Square Pants’ below threshold promotion of homosexuality as equals in the category of ‘contemporary menaces to society’.

Mr. Miller however, apparently feels otherwise and is unfortunately not alone.

Earlier this year we saw for the first time, a company in America offer their employees RFID (radio frequency identification) chips.

Three Square Market, a Wisconsin based company, offered this egregious technological encroachment to employees, ostensibly so that they could, among other things, log in to computers, use the copy machine and most hysterically of all, buy snacks!

Vice President of International sales for the company, Tony Danna said that the chips, which are made by Sweden’s BioHax International, are part of a long term test into seeing if they could have a wider commercial application. At least one person closely connected to him believes they will.

“Eventually, this technology will become standardized allowing you to use this as your passport, public transit, all purchasing opportunities, etc.”

Most concerning in this whole ordeal was the response from the company’s employees. Far from being appalled by such a sinister proposition and reacting with justified disgust, 50 out of 85 workers actually allowed themselves to be burdened with this rice-sized Mark of the Beast!

Apparently being physically and emotionally subordinate to implanted radio frequencies, which are known to cause cancer and can be controlled exteriorly, is not reason enough to pass up amenities such as more convenient access to snacks and photo copies.

Kevin Warwick,  Deputy Vice — Chancellor at Coventry University and one- time professor of cybernetics at Britain’s University of Reading, has been a prominent frontline cheerleader for the microchip crowd for some years now.

Warwick – himself a vessel of RFID technology – has made numerous media appearances promoting the ‘usefulness’ of microchips and has even said that “If a machine is passing down signals that make you completely happy, then why not be part of the Matrix?”

Well, as a rejoinder we could offer that as human beings we are capable of experiencing a vast multitude of emotions, each one of which is crucial in helping us grow spiritually along our paths of life, upon which we are continuously evolving.

Any attempt to pin down or alter these natural emotions in any way is an obvious affront to our humanity. Such obvious conclusions about the emotional nature of humankind never seem to factor in to the senseless maunderings of these trans-humanist types.

So how have we gotten here?  How has a once intelligent populace capable of critical thought become so hypnotically bewitched by the tech-no-logical demigods and their assorted devices of human enslavement, that they are willing to accept RFID microchip injections?

It happened through incremental and seemingly innocuous steps. First microchips were given to household pets and most saw it as a reasonable use of a new technology. Now we see them in credit cards, passports, clothes and even kid’s backpacks for school. Soon it will be children themselves, elderly and the disabled who are targeted by this agenda.

Already we are seeing the next stage of this plan with things like Google Glass, Smart Watches and other ‘wearables’. The idea is to first get this technology on the body and then finally, in it.

The microchip agenda is running exactly in line with the eradication of cash that we are seeing all across the world. It seems rather obvious that unless we obstruct this agenda with massive moral outrage and indignation, before long all monetary transactions will be made using these chips.

This is the eventual goal behind London’s Cost Cutter Supermarket implementing the Orwellian ‘finger print scanning system’ as a means of payment.

The globalist ‘chosenites’ who create such humanity destroying garbage will play on the population’s fears in attempting to achieve this foul agenda for human subjugation. This is, in my view, why so many movies today are premised around the idea of abducted or missing children.

I would not be in the least bit surprised if a high profile case of child abduction dominates the news waves when they decide that the time has come to really drive this agenda forth.

The predictable response from the average American household, marinating mindlessly in the sanitizing glow of the fear mongering boob tube, will be one of ‘that could be my child!!’ and a great many people will line their children up for microchip injections without paying it any thought, as surely as they do with inoculations today.

We must always be vigilant and possessed with the foresight to see where these demonic ‘advancements’ are intended to lead for they will always be introduced to us as uniquely benevolent by the sorcerous scoundrels of the mainstream media.

The consequences of allowing such an invasion upon ourselves by shadowy corporate entities should be plain for all to see.

Unfortunately, we have reached such a state of abject lunacy and become so detached from the natural world, that I am not convinced most people will view this imposition as the horror that it truly is.

Humanity seems not only willing, but all too eager, to sacrifice any remaining physical or spiritual sovereignty that they have left.