Prepare For Change
Home Awakening NEXT STORY 30 YEAR NSA EMPLOYEE SHARES WHY THEY ARE WATCHING YOU... 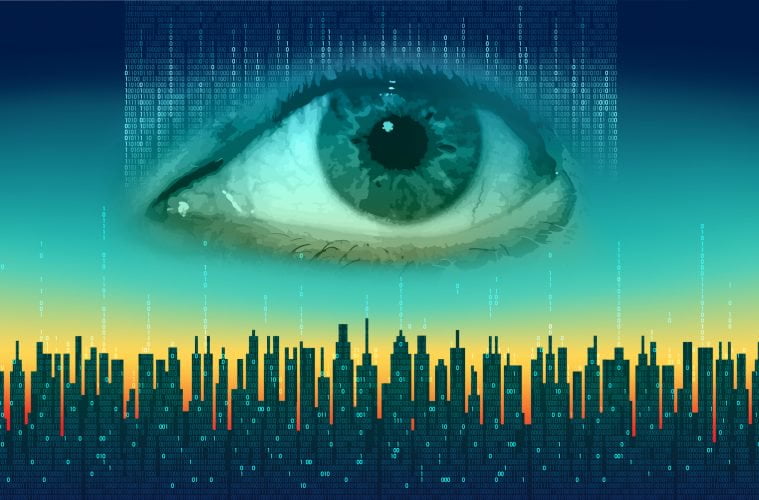 William Binney is a former high ranking intelligence official with the National Security Agency (NSA). He is one of the highest placed intelligence officials to ever blow the whistle on insider NSA ‘knowings.’ He made headlines when he resigned in 2001 after 9/11, having worked more than thirty years for the agency. He was a leading code-breaker against the Soviet Union during the Cold war, and was repelled by the United States’ massive surveillance programs.

He’s had quite the go, starting in 2002 when he let the public know of a system ( ‘trailblazer’) intended to analyze data carried on communication networks (like the internet). He exposed the agencies eavesdropping program and has faced harassment from the FBI, NSA and more. He has been in and out of the court room ever since he decided to resign and blow the whistle.

These mass surveillance leaks  are nothing new, as we’ve seen by the leaks recent NSA whislte-blower Edward Snowden has provided us over the past few years. In an interview that was blacked out by the U.S media, Snowden referred to a Super National Intelligence Organization known as the “Five Eyes” that do whatever they want, and are far beyond the laws of their own country. You can read more about that HERE.

Binney hasn’t stopped, one of the highest-level whistleblowers to ever come out of the NSA. He is now saying:

“At least 80% of fibre optic cables globally go via the US, this is no accident and allows the US to view all communication coming in. At least 80% of all audio calls, not just metadata, are recorded and stored in the US. The NSA lies about what it stores. The ultimate goal of the NSA is total population control.” (see sources)

According to the Guardian:

“The NSA will soon be able to collect 966 exabytes a year, the total of internet traffic annually. Former Google head Erich Schmidt once argued that the entire amount of knowledge from the beginning of humankind until 2003 amount to only five exabytes.” (see sources)

Binney has supported the recent revelations of Snowden, and says he has contact with a number of other NSA employees who are appalled  with what the agency does.

What used to be considered a conspiracy theory is becoming much easier for more people to see. Mass surveillance is not about the protection of national security,  it’s about controlling the entire population.  We are made to believe that intelligence agencies are working to protect us, when the truth is that they have their hand in what they claim is a threat to us. A great example of this is 9/11. Again, we must question the world’s constant direction towards a total security state, what is happening today is ridiculous and completely unnecessary. If events are really created and justified (like 9/11), and the ‘war on terrorism’ is a complete sham, think about what that means for a second. Ask yourself, why are they doing this?

“There is a very grave danger that an announced need for increased security will be seized upon by those anxious to expand its meaning to the very limits of official censorship and concealment. That I do not intend to permit to the extent that it is in my control. We are opposed around the world by a monolithic and ruthless conspiracy that relies primarily on covert means for expanding its sphere of influence. On infiltration instead of invasion, on subversion instead of elections, on intimidation instead of free choice.” JFK (source)

“In the councils of government, we must guard against the acquisition of unwarranted influence whether sought or unsought, by the military industrial complex. The potential disaster of the rise of mis-placed power exists, and will persist. We must never let the weight of this combination endanger our liberties or democratic processes” Dwight Eisenhower (sources)

Everything we do is monitored. As a result, anything that threatens the interests of those wishing to ‘control’ us will most likely be known about. At the same time, I’m sure there are many individuals within these departments that share the beliefs of the masses, I do not wish to make anybody who is or has been apart of these agencies as “evil.”

Mainstream media continues to push the idea that an increased need for security is needed. They do this by using terrorism propaganda, and more. Anything they can use to brainwash the population that our world is in a state of constant threat is to their advantage, and allows them to infiltrate and take over countries,resources and more while using their corporately owned media to justify this type of action.

It’s great to hear Mr Binney come out and say something like this, to him we say thank you.

As I always do with these articles, I’d like to emphasize that mass surveillance is not the NSA’s biggest kept secret. This came to light recently with the very first public disclosure of the “black budget” by Snowden (despite numerous researchers already exposing it.) I’m talking about “Special Access Programs,” they do not exist publicly, but they do indeed exist. They are better known as deep black programs, and involve projects that the human race knows nothing about. You can read more about that HERE.