Prepare For Change
Home Awakening Judge Poisoned After Ruling Bank Foreclosure Is Illegal and All Mortgages Are... 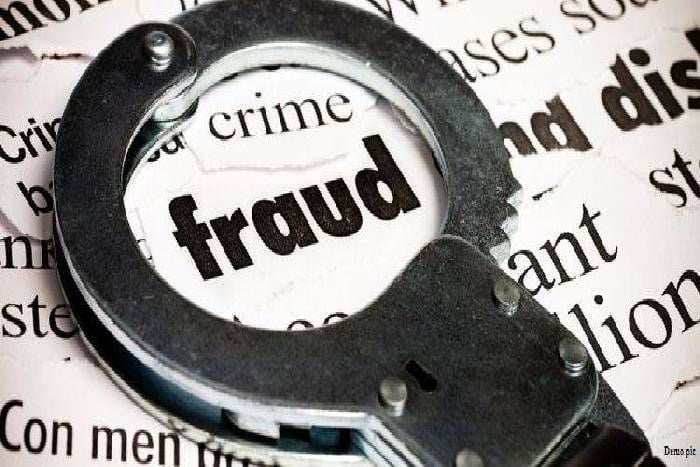 The Greatest Crime Against Humanity

With the advent of the internet in the eighties and knowledge no longer being restricted to well-controlled sources one of the things that I discovered was the facts about the way money works in this world. We’ve all heard the various sayings about 5% of the world’s population holding 95% of the world’s wealth but not many are sure how and why this is our reality.

Doing some online research about what is money and how is it created will inevitably lead one to discover the surprisingly fraudulent ways in which banks create money and make loans. Because the world’s banking systems, as they exist now, continue to cause pain and suffering in generation after generation of mankind I consider this insidious “con-job” of a banking and monetary system to be the greatest crime against humanity.

Rather than re-iterate the way money should work and the way it does work and rather than re-write the advantages and disadvantages of MONETARY REFORM I urge you to view the various hubpages and online materials to educate yourself.

There has been a movie called “Zeitgeist” making the rounds online and it discusses and exposes the various historical persons, events and laws over the past years that have led us into the almost hopeless situation we now find ourselves in. God has declared that this movie is now MANDATORY for all humans incarnated on Earth so if you haven’t watched it, grab a bag of popcorn and do so right now.

One aspect of the Zeitgeist movie I would like to devote this hubpage to is referred to as the “Credit River Decision” or the case of Jerome Daly vs the state of Wisconsin. In this case Jerome Daly defended himself against a lawsuit brought by a bank holding the mortgage on his house. Mr. Daly had defaulted on the mortgage and the bank was suing to foreclose and take his house.

Unfortunately for the bank, even thought it was 1969 and all good little citizens were doing as they were told, never daring to question any kind of authority, Mr. Daly was well educated in the way banks create money. Mr. Daly knew that when a bank makes a loan, it instantly creates money by the stroke of a pen in a ledger, which then is transferred to the borrower’s account. (and of course the borrower has to pay back the loan with real money…plus interest. This, of course is the BIG problem simply stated.) Mr. Daly, also being a lawyer knew very well about the “Law of Consideration” meaning, essentially, that a contract was null and void if both parties are not exchanging something of inherent value.

Mr. Daly argued, and somehow got the bank to admit, that they created the money with a stroke of a pen at the time of the loan (and that there was no actual official law empowering them to do so.) Since the bank did not “put up” anything of value (other than the ink from the pen) for Mr. Daly’s home mortgage, there was no consideration, therefore the mortgage agreement was null and void.

Justice Martin V. Mahoney ruled against the bank and denied the foreclosure. Mr. Daly kept his house and paid no more mortgage.

It really sucks that anytime somebody tries to identify this problem, this crime that these banker-criminal-devil-jerks have been perpetuating for the last few hundred years they are quickly silenced. Abraham Lincoln tried to stop it. They killed him. John Kennedy tried to stop it. They killed him. Unfortunately, those in power, have all the power…and they like it that way….and they have lots of money to hire assassins with. So we are beat. There’s nothing we can do. Except one thing.

All we can do is use the power of collective imagination to IMAGINE one or two of these bankers starting to feel guilty…and deciding to bring down there own system. I can imagine a world in which the monetary system benefits ALL of humanity. Can you imagine this?

A Summary of the Facts

Here is a brief summary of the facts.

“The Credit River Decision,” which is, still “The Law of the Land” declared the following

What Happened Next – Can You Use This Defense?

I have investigated the Jerome Daly case and what I found was just as interesting as the outcome. The whole case was based on trying to expose the scam we call mortgage loans. It was crafted to expose the fact that banks create money out of thin air by depositing your note onto their books as an asset and then loaning that same asset back to you as a loan so basically you are loaning yourself the money.

Most people in this country have been led to believe that the money loaned by the bank is from the deposits of the banks customers. The more money the public saves, the more it can use that money to lend. In a way, the banks slide of hands accomplishes this task by creating your deposit based on the note you sign and then lending it back as if it was already on the books.

The Jerome Daly case was an attempt to prove it once and for all, the problem was that no judge in any court that had jurisdiction would allow the evidence to be admitted. The borrower would request the book keeping ledgers in discovery and the bank would refuse and the judge would side with the bank. In some cases, the judge would force the case to be settled before any such evidence could be entered on record. Since most people are ignorant of the issue, the bank would simply take the loss, after all is was all free money to begin with. To get around this, the bank in the Daly case was served with a complaint in front of a justice of the peace.

The Bank didn’t realize this until after the President of the Bank was forced to testify and admit to the scam under oath. He figured that when he testified, there would be a handy judge there to say he did not have to answer those questions. After his testimony, the jury was immediately sent to deliberate and came back with that verdict that has become so famous.

What followed was an uproar starting with the State Bar, then the State Supreme Court which ruled that the entire case was a nullity and the attorney and the justice of the peace spent several decades trying to get their license to practice law back.

There was a recent case where the IRS tried to make an example out of an attorney who wrote a book that said there was no law requiring a person to file an income tax return.The Tom Cryer jury returned a verdict of not guilty on all charges. The case will never be used or seen for that matter in the cases cited in court because it is not a published opinion since it was decided correctly, no appeal required, no published case law.

An interview about the case with an associate Justice who knew and worked with Justice Martin V. Mahoney:.

The ” Credit River Decision” handed down by a jury of 12 on a cold day in December, in the Credit River Township Hall, was an experience that I’ll never forget.

The Chief Justice of the Minnesota Supreme Court had phoned me a week before the trial and asked me if I would be an associate justice in assisting Justice Martin V. Mahoney since he had never handled a jury trial before. I accepted, and it took me two hours to get my car running in the 22 below zero weather.

I got to the courtroom about 30 minutes before trial, and helped get the wood stove going, since the trial was being held in an unheated storeroom of a general store. This was the first time I met Justice Mahoney, and I was impressed with his no nonsense manner of handling matters before him. My object was to help pick the jury, and to keep Jerome Daly and the attorney representing the Bank of Montgomery from engaging in a fist fight. The courtroom was highly charged, and the Jury was all business.

The banker testified about the mortgage loan given to Jerome Daly, but then Daly cross examined the banker about the creating of money “out of thin air,” and the banker admitted that this was standard banking practice. When Justice Mahoney heard the banker testify that he could “create money out of thin air,” Mahoney said, “It sounds like fraud to me.” I looked at the faces of the jurors, and they were all agreeing with Mahoney by shaking their heads and by the looks on their faces.

I must admit that up until that point, I really didn’t believe Jerome’s theory, and thought he was making this up. After I heard the testimony of the banker, my mouth had dropped open in shock, and I was in complete disbelief. There was no doubt in my mind that the Jury would find for Daly.

Jerome Daly had taken on the banks, the Federal Reserve Banking System, and the money lenders, and had won.

It is now twenty eight years since this “Landmark Decision,” and Justice Mahoney is quoted more often than any Supreme Court justice ever was. The money boys that run the “private Federal Reserve Bank” soon got back at Mahoney by poisoning him in what appeared to have been a fishing boat accident (but with his body pumped full of poison) in June of 1969, less than 6 months later.

Both Jerome Daly and Justice Martin V. Mahoney are truly the greatest men that I have ever had the pleasure to meet. The Credit River Decision was and still is the most important legal decision ever decided by a Jury. – Bill Drexler