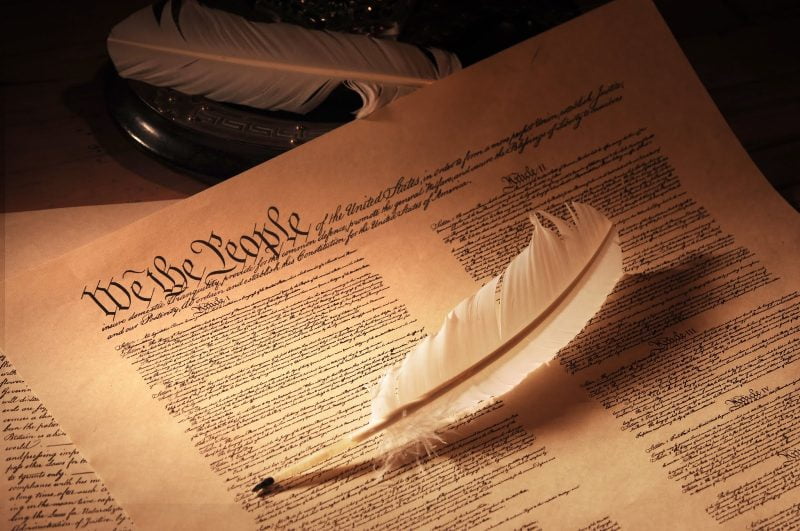 In 1933, the federal United States hypothecated all of the present and future properties, assets and labor of their “subjects,” the 14th Amendment U.S. citizen, to the Federal Reserve System.”

What is a 14th Amendment U.S. citizen? 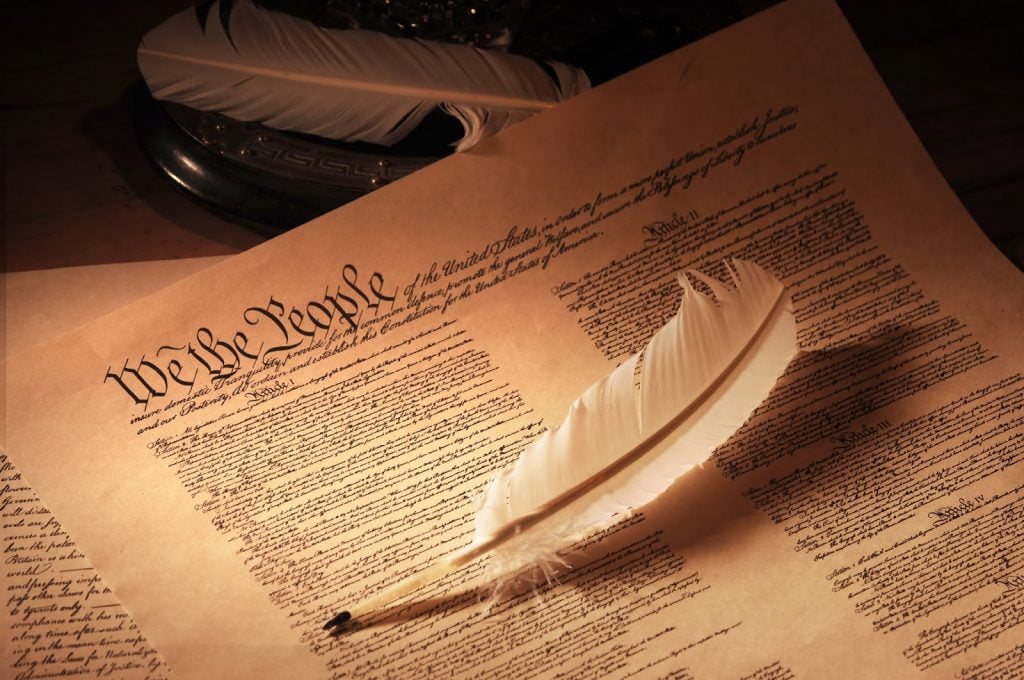 The 14th Amendment was put in place during an extremely turbulent time just after the Civil War. It was supposedly passed to free the slaves. However, it made all Americans (“persons”) – who were at the time New Yorkers, Virginians, Pennsylvanians, etc – under the jurisdiction of a central Federal government for the first time.

MEDIA RELEASE: THE PEOPLE ARE THE ENEMY

“Since March the 9th, 1933, the United States has been in a state of declared national emergency. Under the powers delegated by these statutes, the President may: seize property; organize and control the means of production; seize commodities; assign military forces abroad; institute martial law; seize and control all transportation and communication; regulate the operation of private enterprise; restrict travel; and… control the lives of all American citizens” [from Senate Report 93-549]

This situation has continued absolutely uninterrupted since March 9, 1933. We have been in a state of declared national emergency for nearly 63 85 years without knowing it.

According to current laws, as found in 12 USC, Section 95(b), everything the  President or the Secretary of the Treasury has done since March 4, 1933 is automatically approved:

“The actions, regulations, rules, licenses, orders and proclamations heretofore or hereafter taken, promulgated, made, or issued by the President of the United States or the Secretary of the Treasury since March the 4th, 1933, pursuant to the authority conferred by Subsection (b) of Section 5 of the Act of October 6th, 1917, as amended [12 USCS Sec. 95(a)], are hereby approved and confirmed. (Mar. 9, 1933, c. 1,Title 1, Sec. 1, 48 Stat. 1]”.

“Be it enacted by the Senate and the House of Representatives of the United States of America in Congress assembled, That the Congress hereby declares that a serious national emergency exists and that it is imperatively necessary speedily to put into effect remedies of uniform national application”.

This is an example of the Rule of Necessity, a rule of law where necessity knows no law. This rule was invoked to remove the authority of the Constitution.

Chapter 1, Title 1, Section 48, Statute 1 of this Act of March 9, 1933 is the exact same wording as Title 12, USC 95(b) quoted earlier, proving that we are still under the Rule of Necessity in a declared state of national emergency.

12 USC 95(b) refers to the authority granted in the Act of October 6, 1917 (a/k/a The Trading with the Enemy Act or War Powers Act) which was “An Act to define, regulate, and punish trading with the enemy, and for other purposes”.

This Act originally excluded citizens of the United States, but in the Act of March 9, 1933, Section 2 amended this to include “any person within the United States or any place subject to the jurisdiction thereof”.

It was here that every American citizen literally became an enemy to the United States government under declaration.

According to the current Memorandum of American Cases and Recent English Cases on The Law of Trading With the Enemy, we have no personal rights at law in any court, and all rights of an enemy (all American citizens are all declared enemies) to sue in the courts are suspended, whereby the public good must prevail over private gain.

This also provides for the taking over of enemy private property. Now we know why we no longer receive allodial freehold title to our land… as enemies, our property is no longer ours to have.

The only way we can do business or any type of legal trade is to obtain permission from our government by means of a license.

So who initiated all of these emergency powers? Again the abominable Federal Reserve

On March 3, 1933, the Federal Reserve Bank of New York adopted a resolution stating that the withdrawal of currency and gold from the banks had created a national emergency, and “the Federal Reserve Board is hereby requested to urge the President of the United States to declare a bank holiday, Saturday March 4, and Monday, March 6”.

Roosevelt was told to close down the banking system. He did so with Proclamation 2039 under the excuse of alleged unwarranted hoarding of gold by Americans.

Then with Proclamation 2040, he declared on March 9, 1933 the existence of a national bank emergency whereas

“all Proclamations heretofore or hereafter issued by the President pursuant to the authority conferred by section 5(b) of the Act of October 6, 1917, as amended, are approved and confirmed”.

Our stocks, bonds, houses, and land can be seized as Americans are considered enemies of the state. What we have is not ours under the War Powers given to the President who is the Commander-in-Chief of the military war machine.

Whenever any President proclaims that the national emergency has ended, all War Powers shall cease to be in effect. Congress can do nothing without the President’s signature because Congress granted him these emergency powers.

For over 60 80 years, no President has been willing to give up this extraordinary power and terminate the original proclamation.

(b) The authorities granted to the President by section 1702 of this title may only be exercised to deal with an unusual and extraordinary threat with respect to which a national emergency has been declared for purposes of this chapter and may not be exercised for any other purpose. Any exercise of such authorities to deal with any new threat shall be based on a new declaration of national emergency which must be with respect to such threat.

Twenty years after the state of emergency was put in place, BAR attorneys managed to get state legislatures across the country to insert the Uniform Commercial Code into their statutes. “All this was accomplished by the mid-1960s.” — from attorney Melvin Stamper’s book, Fruit from a Poisonous Tree, page 62.

Today the UCC is the law of the land – not the U.S. Constitution.

The American people cannot alter this reality. Registering as a voter only signifies that you are volunteering to be an “enemy of the state”. The United States Federal corporation is run by its officers and we the people are not one of them.

The best we can do until a President cancels the permanent state of emergency is to extract ourselves from the status as enemies of this Federal corporation by defining our political and legal characters.