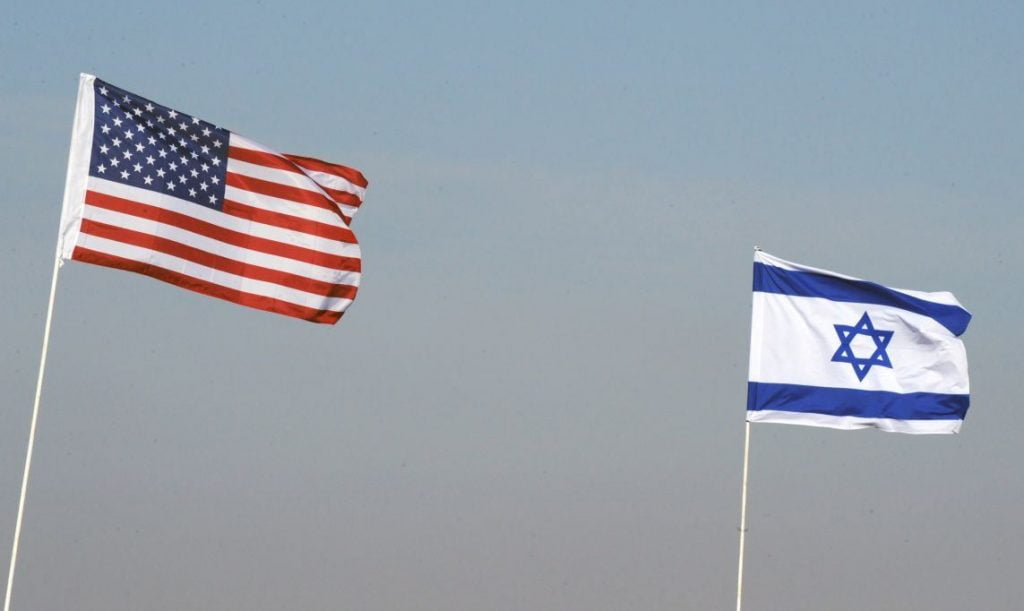 The recent shredding of over 70 years of American foreign policy with regards to the location of the US Embassy in the State of Israel has been a major catastrophic inflection point in the tortured history of the State of Israel, the Arab-Israeli conflict and the American/Israel uber-special Alliance. It has also been a crystallization moment for many such as myself who once were unwavering and unquestioning supporters of Israel and defenders of Israel in an overwhelmingly hostile anti-Israel environment in the UK and Europe. I was always pro-Israel alongside being pro-Palestinian State and believed strongly in Israel’s right to exist and the creation of a State of Palestine living side by side a State of Israel. I believed passionately in the policies and leadership of the likes of Shimon Peres and Yitzhak Rabin – the Oslo peace process – along with the heirs to such traditions in the form of Ehud Barack, the peace-loving and reasonable Israelis who sought to find a way out of the quasi-Nazi/Zionist situation they had created in Palestine and inflicted upon the Palestinian people in the immediate aftermath of World War II with the establishment of a ‘Jewish State’ and ‘Jewish Homeland’ for the Jewish people.

However it all changed on May 14, 2018. It was a monumental mistake of epic proportions for the Israelis and Americans to engage in such a grotesque and deranged policy action and the most offensive and vulgar display with the opening of the American Embassy in Jerusalem by Ivanka Trump, Jared Kushner, Steven Mnuchin and David Friedman alongside Benjamin Netanyhau and Avigdor Lieberman. The United States is in the midst of a collective nervous breakdown. That has always been the case for Israel from the get-go of its founding. America has always had a very hyped up, neurotic, loud and brash side to it. That can be sometimes tolerated and excused in a social context.

However politically with the arrival of the Trump Government this extreme irrational vulgarity and stupidity has spread like a virus throughout the USA and engulfed it in the most base and worst aspect of the American character. There is an argument that can be mounted now that under the Trump freak circus that laughably passes for a Government the United States day by day is becoming the United States of American Psychos devoid of any sensible, rational, dignified and responsible policy thinking, planning and implementation.

Sadly upon reflection the same has always been the truth regarding the State of Israel. Perhaps one could say now we are witnessing the apex of the United States of American Israelis Psychos defined in the extreme by a pathological neurosis of the lowest order. It was not only morally disgusting what went on in Jerusalem on May 14 2018 – with the Ivanka/Jared cheap freak circus ‘party’ inside the tacky, disgraceful and shameless US-Jerusalem Embassy while over 50 Palestinians in the open air concentration camp of Gaza were mercilessly slaughtered by the thugs of the IDF – it made no rational geostrategic political sense for American national interests and standing in the Middle East and wider region.

That combined with the again disgraceful, pathetic and irrational decision to withdraw from the Iranian nuclear agreement leads one to believe either Trump and his daughter and son-in- law along with his official Middle East advisors have either gone completely bonkers or they enjoy officially telegramming to the world what has long been speculated, that Israelis security/political/economic/financial National Interests are in fact American security/political/economic/financial National Interests.

It is combination of both. Very interestingly it is the Israeli State and Israeli Government that is actually in full command of all the levers of American power. It is the Israeli dog that wags the American tail. It is high time now for some fundamental truths and hard realities to be spoken. Washington DC takes its orders from Tel Aviv/Jerusalem. Everything from American defence policy to broader foreign policy, to economics/business/finance, to cultural, social and entertainment policy, from American soft power to hard power is dictated by the quasi-Nazi State of Israel. There is no Israeli-Palestinian Peace Process and there has not been one for 18 years. There will never be the conditions for a State of Israel to live in peace and harmony side by side a State of Palestine because the dominant forces in charge in Israel and its American puppet simply do not want it.

However, in their greatest moment of triumph the Israelis have actually revealed their undoing. Hubris is pride before a fall and the Israelis are the best in the world at hubris. Dr. Henry Kissinger, a supremely eminently wise strategic foreign policy titan and one of the greatest of all American Secretaries of State and National Security Advisors has given the most fascinating prediction that the State of Israel will be finished in its current incarnation by 2022 either through an internal reconfiguration or an external cataclysmic event. For Israel the writing really is on the wall. The combined coalition of Iran, Iraq, Syria, Lebanon and perhaps Jordan and Egypt will either finish Israel off through a military campaign that will make every intifada and the Yom Kippur War look like a walk in the park or a bi-national State of Israel/Palestine will over time completely reconfigure the demographics of the Jewish State and Jewish Homeland. If a full scale war against Israel does break out with invasions and campaigns from its Arab neighbours and their proxies in the north, south, east and west this will not only engulf Jerusalem it will suck the entire life blood out of the Trump administration just as the Nixon administration was consumed with one matter and one matter only during the autumn of 1973 – ensuring the survival of the State of Israel.

All Trump/Ivanka/Jared/Navarro policy focus, energy and making will be totally consumed by an all out to the death war between Israel and its Arab neighbours and their affiliates. Nothing will get done in Washington DC apart from a full-scale operation in the White House and throughout the entire American Government to ensure the survival of the Israelis and Jerusalem.  All great powers, superpowers and empires die. Some, very few, in fact perhaps only one all-encompassing civilisation in the totality of human history has demonstrated time and again an ability to rise, fall, rise, fall and continue a process of constant rebirth of great continuous effort. Normally Empires and Superpowers enter their end period  during a moment of seemingly but ultimately illusionary maximum success, what historians have called imperial over-reach followed by imperial decline, decay, collapse and ultimate death such as was the case with the British Empire.

For the United States and Israel this moment was reached long ago. The days when America/Israel could rule the world are long gone. America is not now even perhaps 3rd in the top tier of 21st century Great Global Superpowers. The third place could be the USA or it might be the EU. One thing is for sure if the USA wants to occupy the 3rd place within the ranks of the 21st century Great Global Powers it will have to give up and jettison its addiction to Israel. As for Israel it is finished one way or the other.