Prepare For Change
Home Leadership Articles Get Ready For Upcoming Announcements & For Improvements to the PrepareForChange Website! 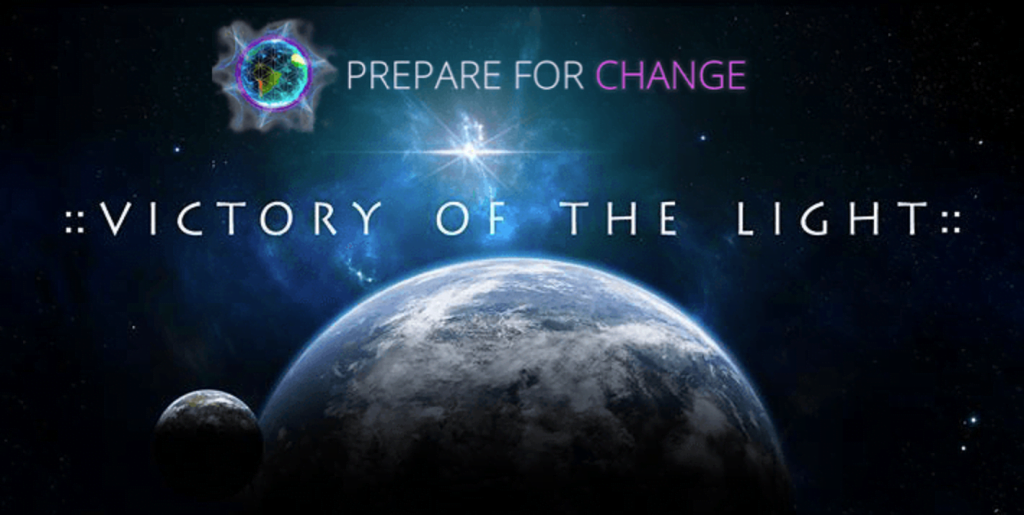 Welcome to our website! Prepareforchange.net deals with that “which is”. Man must confront that which IS so that he can change of it into a path of glory instead of a path into slavery and destruction. You maybe asking yourselves how KNOWING these truths can set you free? Remember this, the truth may not always be pleasant to KNOW, most especially in THESE TIMES you are participating in.

Once you KNOW you can PREPARE yourselves and REMEMBER how to allow GOD’S co-creative mind to assist you in making strategic plans of action for returning balance to ALL unbalanced circumstances. On the other hand, when you exist in ignorance of truth , which for MOST upon the planet is the “State Of Affairs”, then you will not have the benefit of preparation to make necessary balanced changes. You will simply suffer the consequences of your inaction or unbalanced action which is a result of ignorance.

We acknowledge you as a seeker of truth and hope we can provide valuable guidance in your search.  All information on the internet and espoused by other media sources requires your own personal discernment and it is strongly suggested that you evaluate multiple references in your evaluation.  Our website requires the same scrutiny.

An Update About Our Status

We feel it necessary at Prepareforchange.net to provide you with an update regarding the status of our website.  Prepare For Change was created in 2013 by a very dedicated group of light warriors to promote creative means to support The “Event” and its aftermath.  It has always been our mission to unify our audience with Intel from reliable sources and to inform, aide and inspire them to be proactive.  Many well intentioned programs originally envisioned continue to grow while others have not yet taken root, it is all in Divine timing.  As we are fueled and driven completely by the participation of our volunteers, it is only natural that this type of organic approach is ever evolving and changing.

As The “Event” nears, all aspects of our lives seem to be affected with heightened intensity.  And as disclosure increasingly happens we affirm our positions more steadfast than ever.  Naturally the negative forces are accelerating their own defenses during this time and we must be in all ways wary and diligent when it comes to our own discernment.  The Dark are experts at controlling and affecting our behavior, and they are relentless, deceiving and touch everyone.  These are some of the challenges of the ascension process.

Prepare For Change has also been affected by some of these same challenges in this past year.  Like all of you, we feel the effects of the accelerating Event.  Volunteers at all levels have come and gone for various reasons, and our website has been consistently under heavy censoring, attacks or manipulation.  It has been close to crashing several times and it has taken valiant efforts by our team to keep it alive.  In fact these efforts have been our focus for several months while updates to our website are re-assessed.

We are in the process of generally improving all aspects of our website which will include updated front page information to assist you with your searches and education.  Our mission will persevere and we are taking steps to be even more transparent while we reorganize our technology platforms and volunteer groups.  Our commitment to you is that we provide updates in the near future along with other necessary revisions.  You will also eventually see format changes to our website to make it easier to navigate.  In the meantime we hope that you do appreciate our daily Article postings and our new radio interviews.

We are a registered 501(c)(3) nonprofit organization and must be transparent with all of our financial and reporting information.  (This will shortly be available on our webpage.)  There are no salaries or buildings and your donations and contributions are the only source of funds to offset our expenses.  The Malawi Orphanage founded by Prepare For Change in 2016 remains our single and dedicated charitable relief effort to which your donations provide valuable life altering aid (food, clothing, shelter, education, medical care, etc).  The 350 and growing children have no other organization supporting them financially.  Your continued contributions are greatly and honorably accepted.

Please also know that we are directly associated with http://2012portal.blogspot.com/ and NovaGaiaFoundation.org  websites.  In full disclosure we must inform those that are reading this that there are other websites that identify themselves as a “sister site” or “branch” of ours, and this is simply not true.  Although we may share similar viewpoints, we don’t want to mislead anyone to think that we are in any way affiliated with those websites.  We will however support all websites and programs that lovingly advance The “Event” for the good of all. In fact, we encourage and welcome collaboration with any similarly missioned groups who are honest and ethical in their efforts.

We are currently promoting and supporting all Sisterhood of the Rose websites that focus on invoking the Goddess energies of Love and Harmony into our future.  As well, our Humanitarian Projects, Infrastructure Projects, and Children of Malawi Orphanage Project will be moving over to the NovaGaiaFoundation.org website.  Watch for these developments!

We Thank Our Volunteers

Finally, we wish to thank our volunteers who remain dedicated despite any ongoing turmoil.  Your commitment is increasingly more critical as each day approaches The Event.  Our groups need resilient volunteers in all areas, particularly with technology backgrounds or leadership potential.  If you feel a nudge to be an active participant in this, the most powerful and amazing period in our history, now is the time.

Your patience and dedication is what drives this movement forward and despite the delays we have been facing, please know that we will be reaching out in the near future to all of you who have signed up to participate.

Thank you for your patience and work.

The Prepare For Change Council of Light!