Prepare For Change
Home Awakening Mandela’s Grandson to Honor Ahed Tamimi with Award for Her Bravery in... 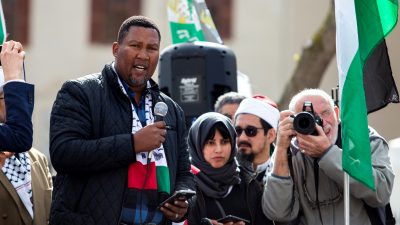 “Ahed‚ like most Palestinian youth living under occupation‚ are fearless in their protest against the occupation and witness daily how their parents are humiliated and stripped of their dignity at the hands of the IDF. “ — Zwelivelile Mandela, Nelson Mandela’s grandson 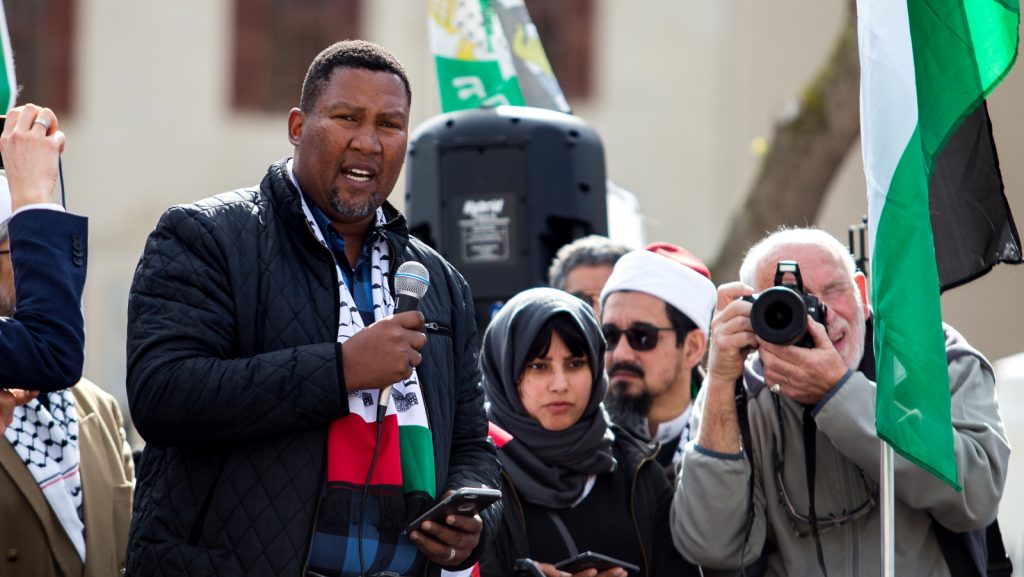 CAPE TOWN, SOUTH AFRICA — After her release from an Israeli prison on Sunday, renowned Palestinian teen-activist Ahed Tamimi has been invited to South Africa to receive an award honoring the 17-year-old for her bravery and continued resistance to the Israeli military occupation of Palestine’s West Bank. The award was announced by Zwelivelile “Mandla” Mandela, chief of the Mvezo Traditional Council and the grandson of Nelson Mandela.

Mandela, speaking during celebrations marking the 100th anniversary of his grandfather’s birth, hailed Tamimi as a “symbol of Palestinian resistance” and doubled down on his commitment to “continue to support and rally others to join in the Boycott, Divestment and Sanctions (BDS) campaign to isolate Apartheid Israel until Palestine is free.”

Mandela has advocated for Tamimi in the past, such as when he wrote to South African President Cyril Ramaphosa following the Palestinian youth’s arrest last December. In that letter, Mandela stated:

Ahed‚ like most Palestinian youth living under occupation‚ are fearless in their protest against the occupation and witness daily how their parents are humiliated and stripped of their dignity at the hands of the IDF. They also see first-hand how innocent children — often innocent bystanders — are bullied‚ brutalised and beaten.”

“Now Ahed needs us to stand up for her. We demand that Ahed and all Palestinian children are released from Israeli prisons now,” Mandela continued, adding that “These children are our children just as their struggle is our struggle.”

Mandela has also worked to bring attention to the plight of Palestinian child-prisoners kept in Israeli jails. Current estimates by the Addameer prisoner support group suggest that, of the approximately 5,900 Palestinian political prisoners currently being held in Israeli jails, 291 are children.

Considering Mandela’s rhetoric and the nature of Tamimi’s activism, it seems doubtful that Israel’s government would grant her permission to travel to accept the award, given that even Israeli media has called the teen “Israel’s ongoing PR disaster.”

However, Israel’s government has given the young activist permission to leave the country in the past, as Tamimi did visit South Africa last year prior to her arrest. Her visit was part of the Shamsaan Pals4Peace tour, a South African initiative hosted by several local Palestinian solidarity organizations. During her time there, Tamimi spoke of Mandela and other resistance icons, stating that she didn’t “want to copy Mandela or Ghandi,” but instead wanted “to learn from them how to liberate us.”

Notably, in addition to Zwelivelile Mandela’s promise of an award in her honor, Tamimi has also been nominated for the Tipperary Peace Award for her activism.