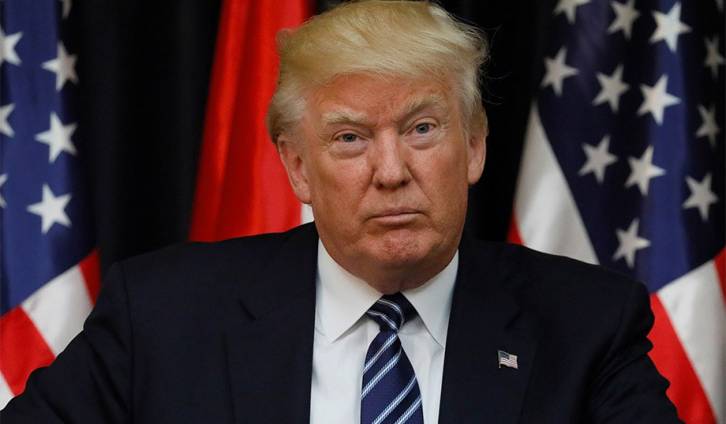 US President Donald Trump is not in control of his own administration, as evidenced by the latest round of sanctions imposed against Russia for the alleged involvement in the poisoning of the Skripals in the UK in March.

The sanctions came the same day that US Sen. Rand Paul, R-Ky., announced on a trip to Moscow that he had handed over a letter to Russian President Vladimir Putin from Trump calling for better relations between the two countries.

For that reason, the timing appears to be suspect, suggesting strongly that Trump has his own foreign policy while the Trump administration, comprised mainly of bureaucrats referred to as the Deep State, have their own. Right now, they appear to be in control, not President Trump, over his own administration, and it is having the adverse effect of further alienating Washington and Moscow.

Bolton, in particular, has been outspoken in calling for regime change in some of  these countries. Trump not so much so. In fact, he has said just the opposite. Nevertheless, their anti-Russian flair in Washington has breathed new life into the neocons who, along with the Democrats, Deep State and much of the mainstream media, have pushed the false narrative of collusion between Russia and Trump.

This persistent anti-Russian rant and repeated sanctions which have been imposed have had the effect of leading to further threats of sanctions for questionable reasons, raising the potential prospect of suspension of diplomatic ties.

Even at the height of the Cold War, relations between the US and Russia never reached such low depths as they have now. The latest sanctions affect primarily dual-use technologies which are civilian products with potential military applications. They include gas turbine engines, electronics and integrated circuits which will now be denied. Previous sanctions going back to the Obama administration, however, already imposed bans on many of these dual-use technologies.

In addition, the US has delivered an ultimatum, saying that if Russia does not give assurances within 90 days that it will no longer use chemical weapons and allow international inspectors to inspect its production facilities, further sanctions will be implemented. But Russia denies it used chemical weapons. Unlike the US, it destroyed its chemical weapons stockpile in accordance with international treaties.

Implementation of the sanctions stem from provisions of the Chemical and Biological Weapons Control and Warfare Elimination Act of 1991.

The legislation gave a 60-day window to begin implementation of sanctions after the Trump administration determined that the now-British citizen Sergei Skripal and his daughter Yulia were poisoned by a strain of the Novichok nerve-agent. The US came to that conclusion following an initial determination by the British government.

However, the US administration missed the deadline by more than a month. That prompted Rep. Ed Royce, R-Calif., chairman of the House Foreign Relations Committee, to write a letter to Trump some two weeks ago slamming the president for ignoring the deadline.

Curiously, the British government hasn’t implemented similar sanctions, although the US has. It may reflect the continued uncertainty among some British politicians and experts over the origin of  the Novichok and concern with Britain’s trade dependency on Russia. But since the Americans opted to implement sanctions due to existing legislation, there was apparently no objection from London even though it initially implemented sanctions by kicking out Russian diplomats from the country.

Moscow, however, vehemently denied that it was involved in the poisoning of Skripal and his daughter. Novichok was created by Russian scientists during the Cold War but never used on the battlefield. Russian officials asked Britain for evidence of Russian involvement and called for a joint investigation to be conducted by the Kremlin and British governments.

The British government repeatedly turned down the offer, as did other Western members of the United Nations Security Council, the US and France, when Moscow sought such a joint investigation.

The US claimed that the information linking the poison to Russia was “classified.”

Strangely, a government research facility at Porton Down in Amesbury, not far from Salisbury where the alleged March poisoning took place, examined the strain of Novichok. Porton Down lab does work for British Defense Science and Technology Laboratory, run by the Ministry of Defense, and the Public Health England.

Results from the examination confirmed the poison was a form of Novichok but – importantly – could not determine where the poison had been created or who had used it. This development created further confusion and prompted disputes among politicians.

It is known that samples of Novichok have been in the hands of many NATO countries for years after the German foreign intelligence service, the Bundesnachrichtendienst, or BND, had reportedly obtained a sample from a Russian defector in the 1990s.

The formula was later shared with Britain, the US, France, Canada and the Netherlands, where small quantities of Novichok reportedly were produced in an effort to develop countermeasures. Porton Down labs similarly had received samples to study. Czech President Milos Zeman recently admitted that his country synthesized and tested a form of Novichok. Sweden and Slovakia also have the technical capability to produce the nerve agent, according to Russian officials.

All of this makes makes the issue as to why Britain, and even the US, never wanted to share samples taken from the poisoning of the Skripals with Moscow more concerning. Yet, they all went ahead in lock-step to condemn Moscow for the poisoning, without any evidence, suggesting a more sinister reason for lobbying increased sanctions against Russia with the goal of further isolating the country.

It reflects the need especially by the US to have a demon in an effort to justify its defense spending to bolster NATO up to the border of the Russian Federation in the form of a new containment policy that launched the Cold War in the first place.

With even further sanctions against Russia in the recently passed Defense Department Authorization Bill about to go into effect, it is becoming apparent that the allegations against Russia are politically-motivated, false flag allegations to be used as an excuse for a greater geostrategic reason — to contain Russia just as the Trump administration is increasingly finding its US-led unilateral world order being challenged more than ever.

The reason, however, isn’t due to anything that Moscow initiated but by Trump himself who isn’t in control of his own administration, and maybe never has been. Many of his campaign promises such as dropping out of the Joint Comprehensive Plan of Action, or Iranian nuclear agreement, the threat of sanctions against any company that trades with Iran, his tariff war with US allies are in conflict with each other, leading to increased world instability. At the same time, Trump talks about better relations with Russia, but the actions of his own administration in demonizing Moscow dictate otherwise.

It is clear that darker days are ahead for Moscow-Washington relations, given the conflicting policies of Trump which have become self-destructive and prompt a challenge to long-established US political and economic world dominance.