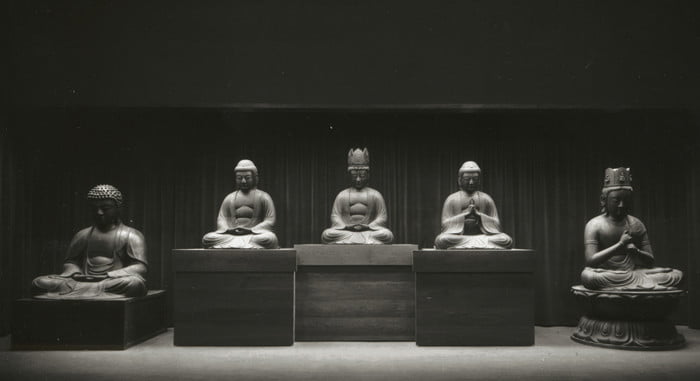 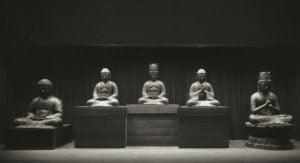 Dark Room Meditation/Therapy for DMT production is a practice that has been used for thousands of years by sages endeavoring to unlock the great mystery to life.

Looking for a drug-free, quick-fix, to having the most profound spiritual experiences available to man? Ever heard of dark room therapy or, as they call it in Thailand, dark room enlightenment?

This is an ancient practice where an initiate secludes oneself in pitch black darkness for up to fifteen days, in complete silence.

Many spiritual traditions have used Dark Room techniques in the pursuit of enlightenment. In Europe, the dark room often appeared in underground form as a network of tunnels, in Egypt as the Pyramids, in Rome as the catacombs, and by the Essenes, near the Dead Sea in Israel, as caves. In the Taoist tradition caves have been used throughout the ages for higher level practices. — Mantak Chia, Dark Room Enlightenment

According to the Taoists and master Mantak Chia,dark room practice stimulates the production of Dimethyltriptamine (DMT) in the brain, which causes transcendental states of altered consciousness, which manifests as feelings of universal compassion and eternal oneness.

DMT, also known as the “spirit molecule,” is a highly controversial compound that has been classified as an illegal drug worldwide.

The tribal natives of the Amazon ingest a brew called Ayahuasca which induces the body to experience the effects of DMT in waking consciousness. This practice connects their souls to the SPIRIT WORLD or, simply put, different dimensions beyond the veil we never see through in “waking consciousness”.

In the spirit world one can see your life from a perspective unimaginable from waking consciousness, where you have the chance to uncover and heal from the past (including past life traumas). The sacred concoction is mainly used for healing.

In the journeying state, as many call it, you have the opportunity to revisit scenes of your eternal nature as a soul and heal and retrieve fragments of your soul and the vital energy that has been lost throughout all your incarnations.

Ayahuasca is a drug that facilitates the healing process which should be done under the guidance of an experienced teacher who will keep you protected while time traveling.

Yes, that is what it will take if you want to get in touch with eternity. Two weeks away from the existence that you have experienced since the day you have entered physicality.

No sense stimulation, nobody to speak to, nothing to listen to, zero visual stimuli, only a little bit of food and water, which you will need to survive the prolonged meditation.

If you fancy, you could fast the whole period and get even more out of the process — as you know, food fuels ego and mind and these get in the way when spiritual work needs to be done.

Darkness causes the brain to synthesize the molecule melatonin, which induces sleep and different modes of consciousness, through which subtler realities are experienced in the form of dreams.

The brain’s mechanism is to filter and shut off the flow of divine consciousness, making possible survival on Earth, but obscuring all transcendental realities. Dark Room meditations remove the obscurations. The inhibitory functions of the brain are lifted, and we revel in the experience of Oneness, Wu Chi, the Original Source.

The magic of the dark room experience is that after about three days in darkness there is so much of a buildup of melatonin in the brain that dreams are experienced in waking consciousness, due to the brain mainly being in the theta frequency which is, essentially, the dream state.

You experience visions and see the workings of the subconscious mind more clearly than ever before and, more importantly, you become more lucid and exhibit more control in the astral realm than ever before.

It is said that after about three days, once melatonin levels have reached specific levels (15-20mg), the pineal gland starts producing the superconductor pinolene. The Pinolene stage is normally activated during lucid dreaming on near-death-experiences.

This stage is said to allow us to become extremely aware — aware of the external hologram that we consistently create in our head.

Clairsentience and clairaudient powers are also activated during this triggering. Mantak Chia goes as far to say that a decoding of DNA is initiated, which causes the attraction of cosmic particles from the universe, decoded in the form of sound, light, knowledge and realization.

You literally become a ‘conductor’ for the universal energy, which is believed to be magnified by being in a natural cave, surrounded by earth energy that holds the memory of all of time. 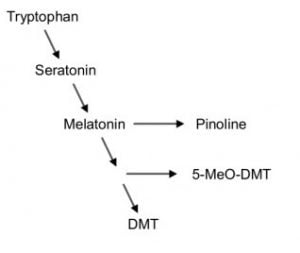 At this stage the pineal gland starts to produce the neuro-hormone 5-MeO-DMT(5-methoxy-dimethyltryptamine). 5-MeO-DMT switches on 40% more of the cerebral
cortex and awakens the nervous system to become aware of itself; ‘beingness’ results. 5-Meo-DMT discharges the darkness from the darkroom. A bright light is activated and one experiences a born-again mentality. This Great White Light, the manifestation of the astral body, enables the self to project externally(astral projection).

When DMT levels reach more than 25 mg, one’s experience can become very visual. DMT is the visual third eye neurotransmitter. It enables the energy body and spirit to journey into hyperspace, beyond third dimensional realms of time and space. It is intensely energizing.

“After some 10-12 days one starts to see in infra red, and ultra violet, one can actually run across the room and touch a person, by seeing their heat patterns. The Holon Images exteriorize and one is walking in a Virtual Reality, which appears to be the DNA language macro uploaded, and interactive!”

“When you reach the ‘DMT state’ you begin to function consciously from the various psychic centers or chakras. The bodily processes of ‘Healing Love’ are then combined with those of the Dark Room. The human states of true compassion and sexual arousal create a new chemistry and a new vibration within the body. This ‘special’ vibration occurs at a frequency of 8Hz.

(Clarification: it is not said that you have to reach orgasm with another person, this comes by itself, by the vibration elevation that is reaching.)

“When this ‘love-vibration’ reaches the pineal gland a new hormone is produced, which in turn creates whole body conductivity. Only when you feel the waves of orgasmic vibration and unconditional love for the self and others can the process be activated and the essence of the darkroom is magnified.

From a taoist perspective the benefits of dark room therapy are probably the largest leaps a person can make in terms of spiritual evolution, and all that you require is a cave or a dark setting where you can remain for two weeks undisturbed.

As you can see, even five days of darkness already have plenty of benefits. Those who suffer from insomnia can especially benefit from the process, as melatonin levels get a chance to return to healthy levels.

The senses and the mind also get a valuable chance to recuperate from the constraints of everyday reality. Dark room therapy can rejuvenate a person tenfold more than a vacation can, and it won’t cost you an arm and a leg.

Those that deny the validity of dark room therapy without even considering trying it, are those that are too afraid of what they may find out about themselves in the dark.

For those who practice it regularly, it is of the most spiritually significant stepping stones in their lives.