Prepare For Change
Home ARCONTES 11 Reasons Why The Flu Shot is More Dangerous Than The Flu... 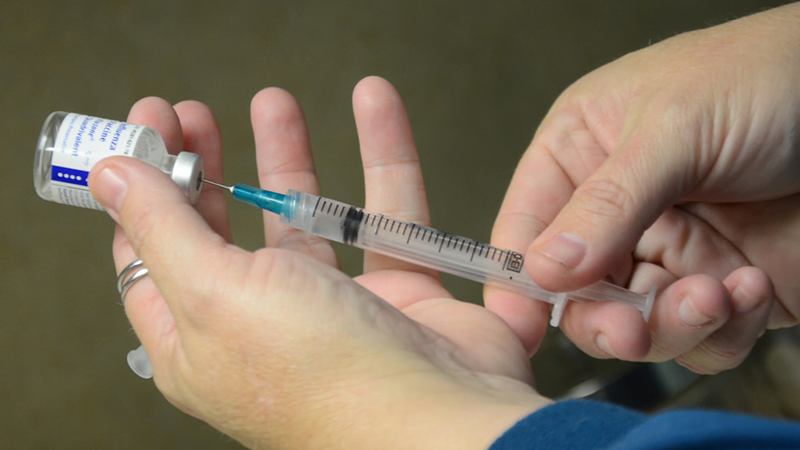 The verdict is out on flu shots. Many medical experts now agree it is more important to protect yourself and your family from the flu vaccine than the flu itself.

Every year the pharmaceutical industry, medical experts and the mainstream media work hard to convince us to get vaccinated against the flu.

But we’re not being told the whole story.

What we don’t hear, are cases about the adverse reactions or about the toxic chemicals being injected into us.

1. The flu shot actually makes you sick to begin with

Have you ever noticed how vaccinated children get sick almost immediately following a vaccination? This is because the flu virus is introduced into their bodies. So rather than immunize, the flu shot actually only sensitizes the body against the virus. And the fact that it causes individuals to get ill following a shot indicates immuno-suppression (i.e. lowering of the immunity).

2. Flu vaccines contain other dangerous ingredients such as mercury

The pharmaceutical industry, medical experts and the mainstream media are candid in telling us that flu vaccines contain strains of the flu virus. What they are less likely to reveal though is the long list of other ingredients that come with the vaccine. It is now a known fact that flu vaccines contain mercury, a heavy metal known to be hazardous for human health. Mercury toxicity can cause depression, memory loss, cardiovascular diseases, respiratory problems, ADD, oral health problems, digestive imbalances and other serious health issues.

3. The flu shot can cause Alzheimer’s disease

Evidence now suggests that flu vaccines can cause Alzheimer’s disease. Research conducted by Dr. Hugh Fudenberg, a leading immunogeneticist, shows that those who consistently get the flu vaccine increase their risk of Alzheimer’s disease by 10 fold. He believes this is due to the toxic combination of aluminum and mercury in the vaccine. Additionally, introducing the flu virus to an elderly person (who with age will naturally have a weaker immune system) will only increase the chances of that individual becoming susceptible to more serious illness.

4. The very people pushing flu vaccinations are making billions of dollars each year

In August 1999, the Committee on Government Reform initiated an investigation into Federal vaccine policy. This investigation focused on possible conflicts of interest on the part of the Food and Drug Administration (FDA) and the Centers for Disease Control and Prevention (CDC). The investigation concluded that many individuals serving on two key advisory committees had financial ties to the pharmaceutical companies that manufacture vaccines. Often, these individuals were granted waivers to fully participate in the discussions that led to recommendations on vaccine licensing and adding vaccines to the Childhood Immunization Schedule. This in itself creates serious doubt as to how effective flu vaccines really are.

5. Lack of real evidence that young children even benefit from flu shots

51 studies involving 260,000 children age 6 to 23 months established no evidence that the flu vaccine is any more effective than a placebo. Additionally, flu shots only protect against certain strains of the virus meaning that you can still easily get the flu if you come into contact with a different strain of virus.

6. Makes you more susceptible to pneumonia and other contagious diseases

For someone with an already suppressed immune system, injecting strains of the flu virus can have devastating consequences. If your body is already working to fight off a virus or simply operating with low immunity, a vaccine injection could put your body in serious danger of contracting influenza with stronger symptoms, or even worse pneumonia and other contagious diseases.

8. Children under the age of 1 are at risk

Children under 1 years of age are highly vulnerable to a neurotoxic breach of the delicate nerve center surrounding the brain and central nervous system. The first round of the flu vaccine is administered at age 6 months. A child under the age of 1 lacks sufficient protection to guard against premature damage to the blood barrier in the brain.

There have been dozens of reported cases of children in 12 different countries who have developed narcolepsy (a chronic sleep disorder) after receiving the flu vaccine. The study, which took place between October 2009 and the December 2011, compared 3.3 million vaccinated Swedes with 2.5 million who were not vaccinated. The risk was found to be highest among the youngest people who took the vaccines. For those under the age of 21, the risk of contracting narcolepsy was three times higher.

There have been literally thousands of medical journal articles published that show injecting vaccines can lead to harmful immunological responses and a host of other infections. Moreover, weak immunological responses only decrease a person’s ability to fight the diseases that the vaccine was supposed to protect against in the first place.

Evidence now suggests that ingredients in flu vaccinations can actually cause serious neurological disorders. In 1976 a significant number of those who received the flu vaccine acquired Guillain-Barré Syndrome (GBS), a disorder characterized by permanent nerve damage and even paralysis. Flu vaccines can contain many harmful materials including detergent, mercury, formaldehyde, and strains of live flu virus.