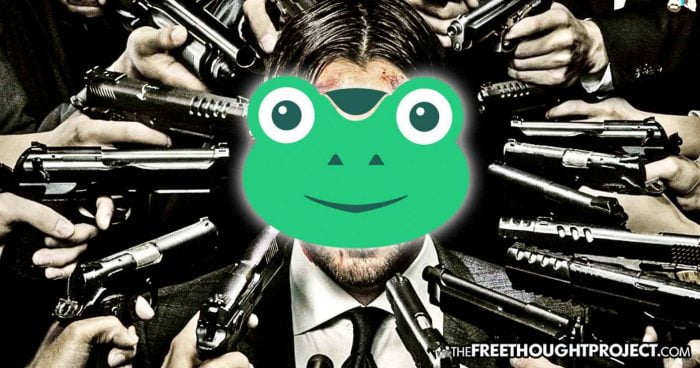 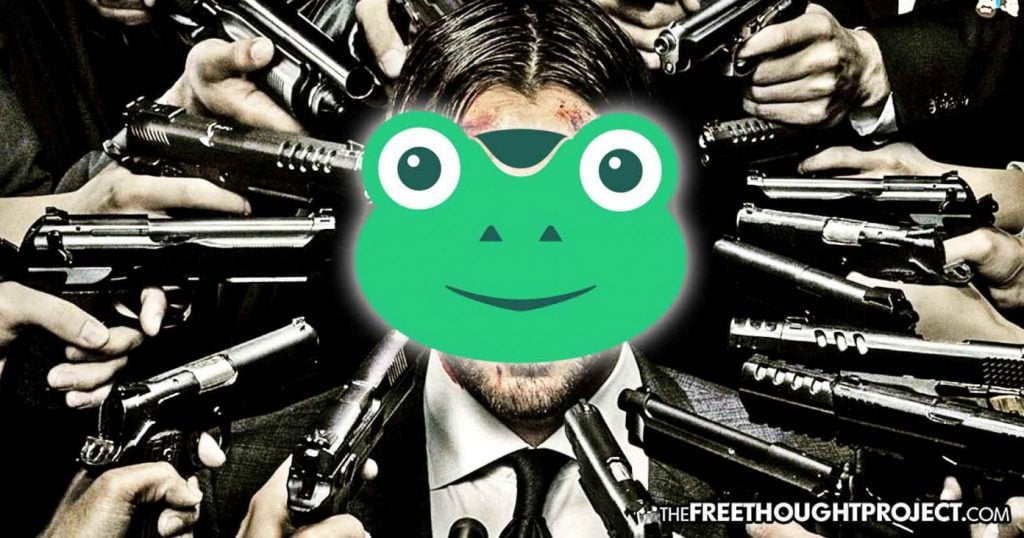 The First Amendment protects your right to say whatever you want free from government prosecution.  It does not protect you from saying hateful things on private properties or privately-owned forums without fear of repercussion.

That is the very definition of freedom of association.

Friday’s attack by an unhinged, vile piece of human excrement on a Synagogue in Pittsburgh wasn’t hours old before real world agendas pushed to the top of the news.

This is the second time Gab has had to switch providers this year.  They have been denied an app in the iOS store.  Google will not allow their Android app to be in the Play Store.

Why is Gab targeted?

Because Gab is a true alternative to Twitter which exists outside of the control of the financial and political oligarchy.

With the recent passing of the EU’s “Link Law” which is designed to shut down opposition voices, the merged corporate/political oligarchy are moving to ensure that all speech is criminalized.

But to do that they first have to square the circle around that pesky First Amendment in the U.S.

And that means outsourcing the censorship to the companies who own the internet access points – the app platforms, the social media giants, the hosting firms and payment processors.

If you can’t build and maintain a business then you can’t oppose their rule.

This is classic barrier-to-entry stuff that the government engages in to protect the market share of the favored companies over their competition.

And despite the roadblocks put up in front of Gab it has continued to grow.

The platform has improved.  I know.  I’ve been a member since 2016 when it was only a haven for the vilest of people.  That early culture drove me away along with its limitations, but then again, I’m pretty bad at this whole social media thing.

But, today that is not the case.  Gab simply doesn’t censor you.  If you want to be a jackass in public, that’s your business.

It doesn’t seem to stop Elizabeth Warren after all.

What content you consume and produce is your responsibility and CEO Andrew Torba has given you those tools to speak freely and freely be ignored.

In fact, the censorship tools are stronger than they are on Twitter.

Gab is more stringent in enforcing its policy to remove speech which is a clear incitement to violence than Twitter is.

And that’s the irony of this.  The Synagogue shooter was a member of Gab.  He also had a Facebook, Twitter and Instagram account.  They did this to Gab because they could and because they were told to.

Gab’s statement about the shooting is public for the world to see.  And they assisted the police in identifying the person responsible.

And yet, Gab will again be off the air, this time for weeks, while it migrates to a new platform, because its existence is a threat to the powerful who are rightly scared of losing their shiny new control platform.

It shouldn’t matter whether you like Gab’s platform or not.  Are there terrible people on Gab?  Yes.

Are there terrible people posting horrific things on Twitter?  Oh, you betcha.

Businesses which are paying their bills should be welcomed by service providers.  Hosting a platform is not an endorsement of the content of that platform.  A 48 hour shutdown notice was designed to destroy Gab’s business.

The companies terminating these contracts are doing so because of the pressure from those that want Gab shut down, case closed.  And they are hiding behind their vaguely worded Terms of Service to act unilaterally.

Because none of these companies believe in Free Speech.

That the hand of The Davos Crowd is behind this move to shut down alternative speech platforms is chilling.

That they are willing to deprive a peaceable man, in this case Gab’s CEO, his right to associate with all who are willing to support him is despicable.

The only people who want to see free speech curtailed are those scared by what people say about them.  Everyone else should be happy vile men like the shooter let everyone know who they are.

They help us define the limits of our associations.

Those that spend their money supporting platforms like Gab, news outlets like InfoWars or even people like myself are the means by which we break their control.

People like Dave Rubin, Joe Rogan and even Sargon of Akkad have larger audiences now than CNN.  Their credibility gap with the public is massive.

And it will never be crossed.

Moves like this are desperation.  They still think the old rules still rule – that these power brokers still control transmission of information.

Gab will find a new home.  Within hours of their pending de-platforming, another service offered them a home, apparently looking to build a business hosting the unwanted, the maligned and the persecuted.

I’m putting them in my bookmark folder for future reference.

Governments are like generals, always fighting the last war. Humans are too smart to be kept down for too long.  Someone will always find a way to offer a work-around to an existing problem.

And if the problem is censorship, then the solution is technology.

That’s what the division of labor is all about.  Gab was a reaction to Silicon Valley’s hatred of free speech.  Eventually all of this will be put on a blockchain and paid for outside of the normal banking system if Soros, Zuckerberg, Merkel and the rest of these corporatists continue pushing for total control over speech.

Meanwhile, Gab had its best couple of days in terms of new accounts ever.

Just like Alex Jones saw interest in InfoWars spike after his un-personing in August.   So, I have no doubt that Gab will survive because as Ron Paul so brilliantly said during his runs for the Presidency, “Freedom is Popular.”

And that freedom is what Twitter and Facebook have forgotten.  They were popular because of their lack of filter.

And if there is one thing the government hates is competition.

What is the antithesis to government?  Lack of it.

Everything great in the world was created through voluntary exchange.  Through functional anarchy.

Even if you disagree with this article, you are doing so freely, without any coercion.  All I can do is offer up my best ideas and see if you like them.   I can’t make you read this.

And I don’t do it for free.  I do it because I feel what I have to say is worth not only your time but your direct support.  And so far more than 210 of you have chosen freely to do just that.

Just like I supported Gab at the outset, sending in donations because I saw this coming.  And I knew that money spent today was a down payment on a world without speech controls tomorrow.

And that’s something we should all shout about at the tops of our lungs.