Prepare For Change
Home Awakening Consciousness in the Cosmos 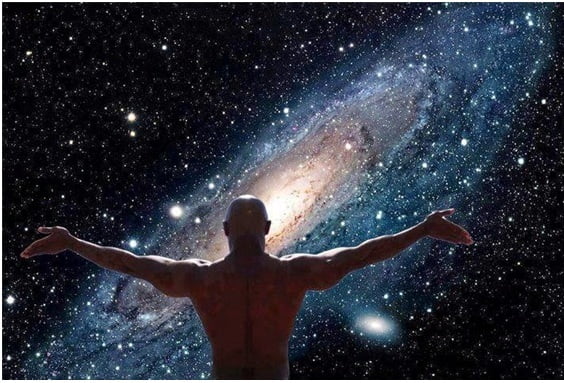 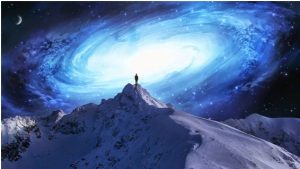 The following is excerpted from The Immortal Mind: Science and the Continuity of Consciousness Beyond the Brain by Ervin Laszlo with Anthony Peake, published by Inner Traditions, Bear and Company.

*A paraphrase of Khalil Gibran’s words about children in The Prophet:

Your children are not your children. They are the sons and daughters of Life’s longing for itself. They come through you but not from you.

The beyond-the-brain consciousness — the consciousness we encountered in our review of near-death experiences, after-death communication, medium-conveyed and instrumental transcommunication, past-life recollections, and in experiences suggestive of reincarnation — is not a material entity in the manifest world.

It is an intrinsic element in the Akasha, the deep dimension of the cosmos.

It is part of the mind or intelligence that infuses the cosmos. Consciousness appears in space and time as a localized (yet nonlocal) manifestation. Erwin Schrödinger said it clearly: consciousness is one — it does not exist in the plural.

Just as particles and systems of particles in spacetime are projections of codes and relations in the Akashic deep dimension, so the consciousness associated with living organisms is a manifestation — a holographic projection — of the unitary consciousness that does not merely exist in, but actually is, that dimension.

The Akashic Concept of Consciousness

If consciousness is a holographic manifestation of the unitary consciousness of the cosmos, it is present throughout space and time. Consciousness is present in the mineral kingdom, in the living world, and in the social and ecological systems constituted by human beings and other organisms. 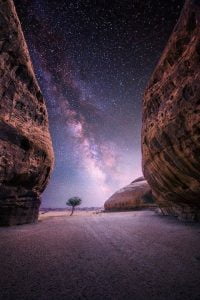 It is present at the level of quanta on the one end of the spectrum of size and complexity in nature, and on the level of galaxies on the other end.

But consciousness and the systems and organisms with which it is associated exist on different planes of reality. Particles and the entities composed of particles are part of the manifest world, whereas the consciousness that may be associated with them is an element in the deep dimension.

This puzzle does not need to be solved because it rests on false premises. There is no need to account for how the brain produces consciousness because brain and consciousness are on separate planes of reality. The brain does not produce consciousness; it transmits and displays it.

Let us consider this proposition. The standard argument for the claim that the brain produces consciousness is the observation that when the brain is inoperative, consciousness ceases.

There are ­several things wrong with this argument. In the first place, it is not true that consciousness always and necessarily ceases when the brain is not ­functioning. As we have seen in our review of the NDE, clinical studies show that people whose brain is clinically dead can have conscious experience, and sometimes this experience proves to be a veridical perception of the world.

But unlike other things, I do not observe my consciousness, I experience it. The difference is not negligible. Observation is a third-person act: the observer is separate from the person, thing, or event that he or she observes.

There is further support for the claim that consciousness is not part of the manifest spacetime world. It is the evidence — presented and ­discussed in Part 1 — that consciousness exists not only in ­association with the brain but can persist beyond it.

If consciousness were produced by the brain it would cease when the brain ceased to function. We have seen, however, that in some notable cases consciousness continues to exist beyond a functioning brain.

The Principal Propositions of the Akashic Concept of Consciousness

Consciousness is Transmitted and Displayed by the Brain

If consciousness is not in, and is not a part of, the manifest world, then consciousness is either in a transcendent spiritual realm described in the Abrahamic religions or is part of a non-manifest dimension of the cosmos.

The Akashic concept is that consciousness is part of the cosmos, even a fundamental part. But it is not the observable spacetime part.

In contemplating this proposition let us return to the analogy of information transmitted by a radio or another instrument. We know that a radio reproduces the sounds of the symphony rather than producing that symphony.

The Deep Dimension is a Cosmic Consciousness 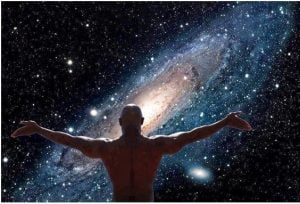 In the perspective of the manifest world the deep dimension is an information field or medium; it “in-forms” things in the world. But “in itself,” this dimension is more than a network of in-forming signals. It is a consciousness in its own right.

Let us suppose, then, that we could experience not only the manifest spacetime world but also the deep dimension itself. That would presuppose that we are a divine or supernatural being, co-extensive with the cosmos.

Just how does consciousness in the deep dimension in-form things in the manifest world? This is a difficult question, as it concerns the physical effect of a non-physical agency. It is elucidated, however, by recent explorations at the frontier where quantum physics encounters neuroscience.

The basic concept is the work of physicist Roger Penrose and neuroscientist Stuart Hameroff. They claim that their theory explains how a basically immaterial consciousness can enter into and in-form the material (or quasi-material) world.

2.- These bubbles or blisters are the quanta that populate the physical world. They are entangled and nonlocal, but they are unstable: they collapse on interaction into the fine-structure spacetime, assuming one particular state at one particular place and time.

Penrose suggests that each quantum collapse introduces an element of consciousness into spacetime. If this is the case, we would have a physics-based explanation of how consciousness in the deep dimension enters the manifest world.

We have said that every quantum, every atom, and every multiatomic structure, including our own brain and body, are “in-formed” by the deep dimension. This “in-formation” occurs due to the sensitivity of the subneuronal structures of our brain to quantum-level fluctuations.

They are responsive to the orchestrated objective reduction through which consciousness enters the manifest world at the level of the fine structure of spacetime.

By Ervin Laszlo, Reality Sandwich; | Buy “The Immortal Mind: Science and the Continuity of Consciousness Beyond the Brain” here.