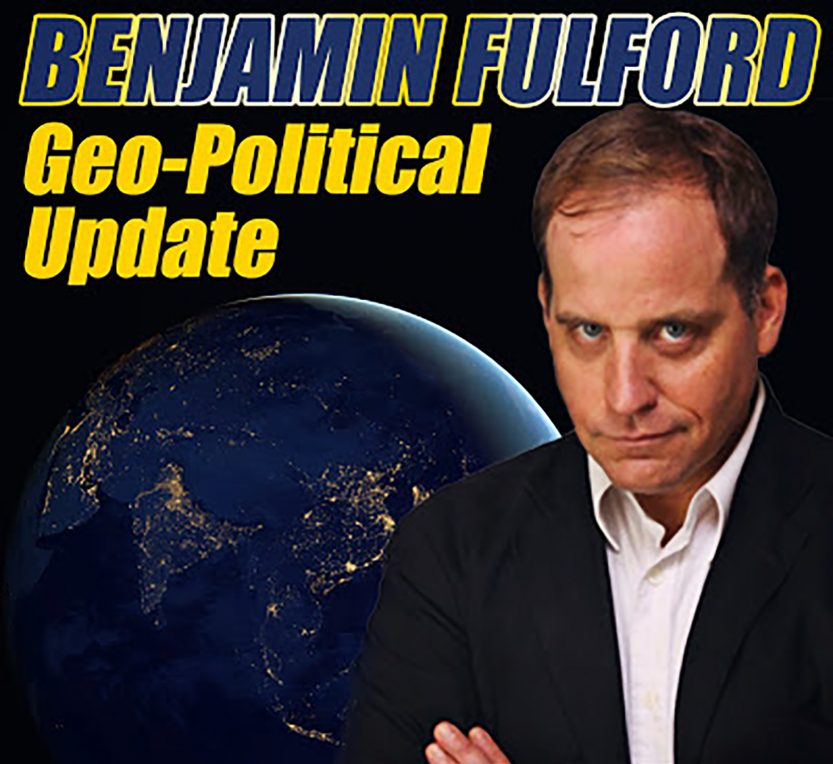 Many signs indicate that 2019 will be a breakthrough year in the battle against the satan-worshiping Khazarian mafia.  Not only have mass arrests begun, but the mass-murdering part of the pharmacidical/medical establishment is finally being taken out as well.  Another obvious sign it is no longer business as usual comes from the fact that the U.S. military is being withdrawn from Syria, Afghanistan, Iraq, and elsewhere.  And this time the U.S. government shutdown may actually result in formal bankruptcy procedures against the illegal corporate government that has occupied Washington, D.C. since 1871.

Let’s start with the U.S. military withdrawals, since they mark one of the biggest changes seen since the end of World War II when the perpetual war economy of the U.S. military-industrial complex began.  Pentagon sources say U.S. President Donald Trump’s Christmas Day visit to Iraq portends a pull-out from that country.  This follows withdrawal announcements from Afghanistan and Syria, as well as a ceasefire in Yemen.  We also note that almost all of the U.S. carrier groups are now at rest in their home ports.

Even more dramatically, the sources say, “Acting Defense Secretary Patrick Shanahan’s mission will be [to bring out in public view the] space force, bring troops home, release extraterrestrial and suppressed technology, close overseas bases, beat swords into plowshares and cut waste, while building a more lethal military.”  This means peace on earth and goodwill to all in a very real sense this holiday season.

The Pentagon sources also say the long U.S. government shutdown “makes it easy to arrest Deep-Staters embedded in the government.”  Furthermore, the first senior official to be publicly tried in “Nuremburg 2.0 will be ….

There is also a lot of speculation about the Bush/Clinton crime family and their house-slave Barack Obama, since all of them have apparently vanished from public view since the U.S. government shutdown started.  We all want to see them face a public trial for their many crimes against humanity.  This is about mass murder in Haiti, Japan, and elsewhere, and not just about selling U.S. uranium resources to Russia in exchange for bribes.  Hopefully this will be on all the world’s TV screens and monitors sometime early in the New Year.

The other thing we need to see is a final takedown of the European Union, which is structured exactly like the Soviet Union was, with only a rubber-stamp parliament and secret votes for a single candidate for top positions.

On this front, Pentagon sources say lame-duck German Chancellor Angela Merkel is being forced to withdraw German troops from Afghanistan, while her besieged French slave President Emmanuel Macron is being forced to pull French troops out of Syria.  This will remove their remaining control of oil and heroin money and hasten the downfall of their criminal regimes, CIA sources say.

There were also further signs at last that big changes will take place after the month of May.  As we noted last week, Japan will have a new emperor in May, and the resigned Prime Minister of Belgium was asked by the King to stay on until May.  Now it turns out Israel will have a new government in May as well.  The resignation of the Israeli government last week means the satanic mass-murderer Benjamin Netanyahu will finally face long-awaited justice.
https://www.debka.com/new-right-party-takes-off-launches-campaign-for-likud-disaffected/

Senior British intelligence agents and British royal family members say these events are happening because world intelligence agencies have been secretly making preparations to take down the corporate world government for the past several years.  They used as their main reference a study by the Zurich Technical Institute that uncovered “the GNCC, or Global Network of Corporate Control.”
https://journals.plos.org/plosone/article?id=10.1371/journal.pone.0025995

“The superstructure of this arrangement is the triumvirate of the Corporations of the District of Columbia, the City of London, and the Holy See.  Little wonder why I often heard matters discussed in the streets, elite bars, and restaurants of London—diplomacy and the required discretion is difficult to find among those motivated by personal and corporate greed—it gets the better of them, or ‘the devil is in the details,’” a British royal family source noted.

The plan of action to take this triumvirate down was worked out by the National War College of the United States, the sources say.  “Liquefaction is the most effective method of leveling any superstructure such as set out above,” the royal source said.  This is what led to the decision to temporarily shut down the U.S. government, he added.

This source also said it was the European and Asian royal families who decided to remove the Rothschilds and other banking dynasties from control of the financial system.  “The Sovereign Heads of State will all need to be extremely fit and able for this, and it is partly why the abdication happened in Japan,” he said.  This was also why the Queen of The Netherlands, the King of Spain, the King of Belgium, “Pope Maledict,” the Emir of Qatar, and other top lifetime rulers abdicated, CIA sources elaborated.

According to the royal family member, “The new global government—that is to say, the alliance of all Sovereign Heads of State—will have to be far brighter and stronger than any of the world’s corporations.  They will also have to be massively protected and immune from any influence—all of the diplomatic courts will need to be gone over with a fine-toothed comb—a total forensic clean-out.”  Of course, this does not mean the healthy and functioning parts of the world banking system will be destroyed, the sources all agree.

The satanic oligarchs are also doomed because they made a fundamental mistake when they decided to carry out their plan to kill 90% of the world’s population, whom they called “useless eaters.”  That’s because the very people they hired for their personal protection realized their own families were about to be murdered.  This is why the hired-gun Blackwater associates recently put out an advertisement warning that “We are coming,” according to a Blackwater associate.
https://www.rt.com/usa/447400-blackwater-returns-private-military/

As a result, the move by sovereign governments and the people they represent to reassert control over corporations is becoming visible to all.  For example, the government of California has decided to prosecute the Rothschild-controlled company Pacific Gas & Energy for murder over the recent California fires.
https://www.sacbee.com/news/state/california/fires/article223713155.html

Also, the entire fabricated “Russia stole the elections” hysteria in the U.S. is being exposed for the scam it is, with criminal prosecution against people who used the Russia scam to steal the recent senatorial election in Alabama.
https://www.al.com/alabama/2018/12/disinformation-campaign-targeting-roy-moores-senate-bid-may-have-violated-law-alabama-ag-says.html

The Vatican, for its part, long a lone fighter against misuse of vaccines for involuntary birth control, spreading cancer, and other nefarious purposes, has convinced the Italian government to replace its entire vaccine board after it was shown that none of the vaccines being administered had the beneficial antigens they were advertised as containing.
https://newspunch.com/italy-health-board-vaccines/

Also, the global meat industry is finally being publicly attacked for spreading cancer by means of poisoning meat products with nitrites.
https://www.theguardian.com/food/2018/dec/29/nitrites-used-in-bacon-cured-meats-linked-to-cancer-experts-warn

Finally, we would like to end this final report of 2018 with a few signs of hope coming from the natural world.  Here, we are seeing once critically endangered animals making a comeback.  Last year, for example, beavers returned to Italy and Scotland for the first time in 500 and 300 years, respectively.  In Japan, meanwhile, the crested ibis is no longer extinct in the wild.
https://www.japantimes.co.jp/news/2018/12/30/national/science-health/japan-may-lower-red-list-status-crested-ibis-live-wild/

For more hope, take a look at this list of 25 species that have bounced back from the brink, ranging from bald eagles to pandas.
http://mentalfloss.com/article/519659/25-species-have-made-amazing-comebacks

The fascists (remember, fascism basically means rule by corporations) need to realize that it would be much more profitable to turn the “useless eaters” into useful eaters than to kill them.  They also need to understand that high population density is compatible with virgin nature, as long as there is good government.  This can be seen in places like Japan and Cuba.

So Happy New Year, everybody.  Let’s all work together to make 2019 one of the best years in all of history, human or otherwise.