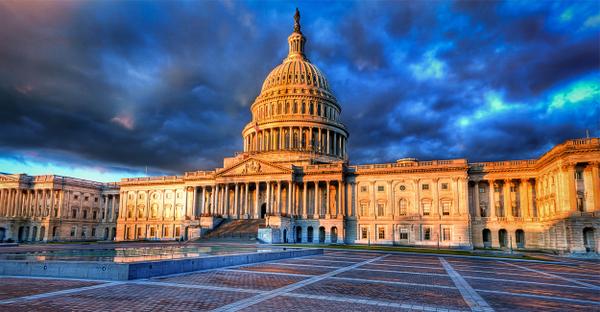 In a vote late tonight, House Democrats passed a bill attempting to end the partial government shutdown that also funds the Planned Parenthood abortion giant. The vote on the bill came just hours after Democrats took over the House and installed abortion activist Nancy Pelosi as Speaker.

Democrats want to restore the $100 million President Donald Trump took away from Planned Parenthood when he defunded its International arm during his first week in office. The Trump policy prohibits taxpayer funding to international groups that promote and/or provide abortions overseas.

The House voted 241 to 190 for the bill with all Democrats voting for it and all but 7 Republicans voting against it.

Despite passing the pro-abortion measure, in a Statement of Administrative Position for President Trump, the White House said the president will veto the bill.

“If either H.R. 21 or H.J. Res. 1 were presented to the President, his advisors would recommend that he veto the bill,” it said.

The statement mentioned the pro-life concerns about the bill:

The Administration opposes passage of H.R. 21, the Consolidated Appropriations Act, 2019, providing appropriations for the fiscal year (FY) ending September 30, 2019, for the Departments of Agriculture, Commerce, Housing and Urban Development (HUD), Justice, Interior, State, Transportation, Treasury, and for other purposes. The Administration also opposes passage of H.J. Res. 1, providing appropriations for the Department of Homeland Security (DHS) through February 8, 2019, and for other purposes.

It includes $700 million more than requested for the United Nations, including restoring funding for the United Nations Population Fund. The bill would also undermine the President’s Mexico City Policy (Presidential Memorandum of January 23, 2017), which prohibits the funding of foreign nongovernmental organizations that promote or perform abortions.

The bill also would increase funding by $5 million for the United Nations Population Fund, to $37.5 million. Anti-abortion organizations oppose the program because they say it participates in coercive abortions and involuntary sterilizations.

Democrats plan to vote on two separate bills Thursday to fund the federal government, one of which will focus on homeland security as they refuse to meet Trump’s demands for $5 billion to fund a border wall between the U.S. and Mexico.

The bills face dim prospects in the GOP-controlled Senate. The federal government has faced a partial government shutdown for 12 days , and Democratic leaders announced Wednesday that they still had not been able to reach an agreement with Trump.

The International Planned Parenthood Federation performed more than 1 million abortions in 2016, an increase of 13.5 percent over 2015, and received more than $27 million in U.S. government grants in 2015-2016 under pro-abortion President Barack Obama.

The new Trump administration policy did not cut any international funding either, meaning more funds are available to groups that provide true medical care to struggling communities across the globe.

The policy only hurt the abortion industry. It has affected just four groups out of more than 700 that receive international aid, according to a report by the U.S. Department of State. IPPF and Marie Stopes International, a British-based abortion chain, are two of the four that refused to comply.

In May, Reuters reported IPPF shut down 22 programs in sub-Saharan Africa as a result of the policy. Marie Stopes International also shut down several of its programs in Africa.

The two pro-abortion groups received millions of American tax dollars under Obama to push abortions in Africa. Most African countries prohibit the killing of unborn babies in abortions.

Marie Stopes has been accused of doing hundreds of illegal, unsafe abortions in Africa. And late last year, parents and community leaders in Kitui, Kenya were outraged after learning that Marie Stopes workers allegedly came into their children’s school and implanted long-lasting contraceptive devices into girls as young as 14 without their parents’ knowledge or consent.

The Mexico City Policy was in place during the entirety of the Bush administration, but President Barack Obama rescinded it during his first week in office. Named for a 1984 population conference where President Ronald Reagan initially announced it, the policy made it so family planning funds could only go to groups that would agree to not do abortions or lobby foreign nations to overturn their pro-life laws.