Prepare For Change
Home ARCONTES Another Day in the Empire: John Bolton’s Plan to Starve Millions of... 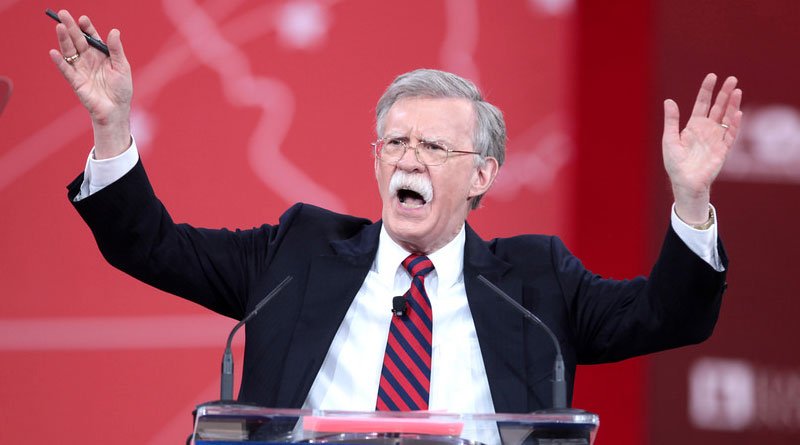 It is true Venezuela’s economic problems are in large part due to that country’s socialist command economy, but this overlooks the role played by the United States, the United Nations, and the European Union.

Over the last five years, the US has imposed financial sanctions on Venezuela. It has cut it off from western financial markets and this has resulted in oil production shortfalls. Venezuela is unable to raise capital to address deficiencies in the oil sector of its economy. This situation was exacerbated when the price of petroleum fell sharply around the world. Venezuelan debt instruments are banned by the US Treasury, thus preventing it from acquiring loans to address its severe economic problems and feed the people.

The pattern has become rote. Nations that are not captive to neoliberalism suddenly find they have a terrorist problem. If the nation in question is communist or quasi-communist, no terrorist false flags are required, the evil venality of Leninism and Stalinism are enough to gain consensus for economic warfare followed by a physical invasion if the leader in question does not fall or acquiesce.

This is unprecedented—Bolton publicly announcing a military coup (usually with hundreds if not thousands of deaths). He deliberately showed off his notebook with scribbled invasion plans, so there would be no question about the agenda.

But that’s how the neocons operate. Lies, falsifications, grandiose claims, and invasions to forcibly install “democracy,” which is nothing of the sort.

Bolton’s “democracy” is doublespeak in action. It’s a thinly disguised euphemism used to obscure the actual objective—the destruction of entire nations, cultures, and societies at the cost of hundreds of thousands if not millions of lives. Untold millions of lives have been destroyed by the sort of “democracy” Bolton is talking about.  It was put into action when Bolton was a toddler.

Let’s get real. Bolton doesn’t care about the people of Venezuela. If he did the US would not be imposing harsh sanctions that are resulting in malnutrition and starvation. Bolton is using the age-old technique of starving and depriving people so they will overthrow the government (this tactic rarely works—leading me to believe it is inflicted out of pure sadism—leading to the exact opposite reaction).

The people know the rule of the elite in Venezuela results in endless poverty and a large underclass of desperate people. This is primary reason they voted for Hugo Chávez and his version of the Bolivarian Revolution. His Bolivarian missions provided access to food, housing, healthcare, and education. Standard socialist nationalization took control away from transnational corporations and banks eager to financialize everything in sight.

At this point it appears Trump’s neocon and CFR wizards will strive to get the military to go against Maduro, who is dedicated to not backing down. Trump may convince (bribe, threaten) the generals to go over to the self-proclaimed president, Juan Guaidó, but there is one very large obstacle—the National Boliviarian Militia and the so-called Peasant Militia, the latter “responsible for protecting poor farmers from mercenary groups organized and financed by ranchers and wealthy landowners,” that is to say the people supporting Guaidó.

“The peasant militia will also assist the regular army ‘against any foreign aggressor,’ wrote Chavez, who has warned that the U.S. military could invade Venezuela in order to seize control of its vast oil reserves,” explains Kiraz Janicke.

“The peasant militias, which are active in rural areas, will complement the primarily urban-based Bolivarian Militias, which were incorporated into the reform of the Armed Forces Law that came into force on October 22, 2009.”

In short, if the US invades, it won’t be a clean sweep like Bush the Elder’s invasion of Panama. It also won’t be a “cakewalk” like Iraq where the army was defeated in short order. It will be guerrilla warfare in a rugged tropical environment, not a sprawling Iraqi desert where there is no place to hide.