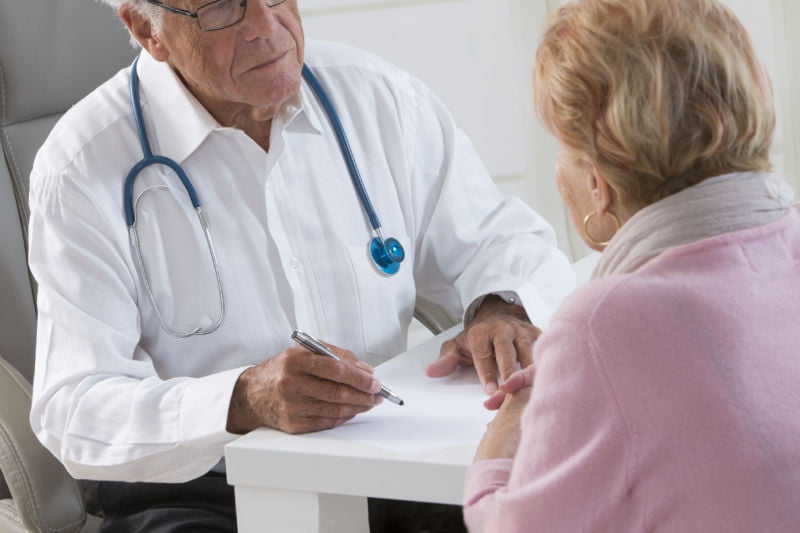 Talk with your doctor… It’s a common refrain at the end of any drug advertisement or disease awareness campaign. Ostensibly, it seems like a responsible suggestion. Talking with your own trusted doctor can help determine if a new drug really is right for you or if you may be suffering from an undiagnosed disease. You shouldn’t just take the word of the drug company behind that drug ad or awareness campaign, of course.

But the suggestion to consult with your doctor may not be as innocent as it seems. The drug company likely got to your doctor first.

Of the nearly $30 billion that health companies now spend on medical marketing each year, around 68 percent (or about $20 billion) goes to persuading doctors and other medical professionals—not consumers—of the benefits of prescription drugs. That’s according to an in-depth analysis published in JAMA this week. The study broke down exactly how health companies convinced us to spend enormous sums on our care between 1997 and 2016. In that time, health companies went from spending $17.7 billion to $29.9 billion on medical marketing. Meanwhile, US healthcare spending hit $3.3 trillion, or 17.8 percent of the GDP, in 2016.

The finding that pharmaceutical companies spend most of their marketing oomph on charming doctors isn’t surprising, though. In 1997, a whopping 88 percent ($15.6 billion of their total $17.7 billion) of medical marketing went to swaying doctors, according to the analysis. And the way in which drug companies woo doctors hasn’t changed much either. They largely do so by sending sales representatives to doctors’ offices for face-to-face visits, providing free drug samples and other swag, offering payments for speeches, food and beverages, travel, and hosting disease “education.”

What’s new—and why this is now a shadier situation—is the explosion of direct-to-consumer (DTC) marketing that couples with those efforts for a one-two marketing punch. DTC advertising more than quadrupled in the timeframe of the analysis. That is, money spent on DTC—mostly TV commercials and glossy magazine ads—went from $2.1 billion in 1997 to $9.6 billion in 2016. And of that $9.6 billion, about $6 billion was for marketing prescription drugs, the analysis found.

That boom in DTC ads “increases the need for clinicians to help patients understand product claims, medical need, cost, and nonmedical alternatives,” according to health policy experts Selena Ortiz, of Pennsylvania State University, and Meredith Rosenthal, of Harvard. In an accompanying editorial in JAMA, the pair notes that this increased reliance on doctors can be fraught with pitfalls because doctors can be biased and misled by marketing just like consumers, earlier research found. This “suggests that professionals may need further education or support to serve as the arbiter of deceptive marketing,” they write.

Ultimately, “trust in physicians and health care institutions may be at stake if medical marketing… continues to increase unchecked,” they conclude.

The authors of the analysis—Lisa Schwartz and Steven Woloshin, health policy experts at Dartmouth—highlight a particularly concerning practice of the “find-a-doctor” feature in some advertisements. These features “help consumers locate prescribers, an approach that has raised ethical questions by creating a conflict of interest as to whether prescribers serve patients or companies,” they write. As examples, they note the websites of the weight-loss drug Contrave and the hypoactive sexual desire drug Addyi, which prod would-be patients to schedule telemedicine visits to “complete your doctor consultation from the privacy of your own home.”

Even without such clear ties between doctors and companies, DTC marketing and awareness campaigns have obvious sway on patients and prescribing practices, Schwartz and Woloshin note. A study from 2005 found that patients were more than twice as likely to get prescriptions for an antidepressant or adjustment-disorder drug if they merely said to their doctor, “I was watching this TV program about depression wondering if you thought a medicine might help me” than if they didn’t say something like that (76 percent vs 31 percent).

Moreover, the authors point out that concerted marketing campaigns are even more powerful, and the devastating opioid epidemic now raging across the country is a good example. In the 1990s, while drug representatives misled medical professionals about the abuse potential of Oxycontin and promoted off-label use of the powerful pain-killer, the drug’s maker, Purdue Pharma, launched aggressive awareness campaigns and pain-education programs about opioid treatments for chronic, noncancer pain. Between 2000 and 2015, opioid prescriptions and overdose deaths quadrupled. The Centers for Disease Control and Prevention now estimates that about 46 people die each day from prescription opioid overdoses.

With the risks clear, Schwartz and Woloshin took a look at regulatory activity by the Food and Drug Administration and Federal Trade Commission and state attorneys general. They found a lackluster response to the skyrocketing medical marketing across the board. In fact, the FDA’s Office of Prescription Drug Promotion, which regulates consumer and professional promotional material, actually saw a decrease in regulatory activity. Though submissions increased from 34,182 in 1997 to 97,252 in 2016, violation letters dropped from 156 to 11 in those respective years. The finding “suggests the possibility of less oversight,” the authors conclude, possibly because FDA reviewers may be “overwhelmed by the massive increase in promotional submissions.”

In all, Schwartz and Woloshin conclude that, “despite the increase in marketing over 20 years, regulatory oversight remains limited.”

Big Pharma shells out $20B each year to schmooze docs, $6B on drug ads