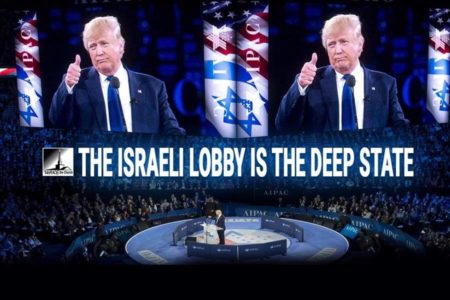 Omar quoted rap lyrics — “It’s all about the Benjamins baby” — to suggest McCarthy’s move was driven by the lobby’s prolific spending. Asked specifically who she was referring to, Omar responded, “AIPAC!” (The Intercept)

In this report they also linked to numerous undercover investigations that produced audio and video tapes of AIPAC political operatives funneling money to Israeli friendly politicians and government insiders as a means to sway national opinion. The report quotes a conversation on the tapes as follows,

“David Ochs, founder of HaLev, which helps send young people to American Israel Public Affairs Committee’s annual conference, described for the reporter how AIPAC and its donors organize fundraisers outside the official umbrella of the organization, so that the money doesn’t show up on disclosures as coming specifically from AIPAC. He describes one group that organizes fundraisers in both Washington and New York. “This is the biggest ad hoc political group, definitely the wealthiest, in D.C.,” Ochs says, adding that it has no official name, but is clearly tied to AIPAC. “It’s the AIPAC group. It makes a difference; it really, really does. It’s the best bang for your buck, and the networking is phenomenal.” (Ochs and AIPAC did not immediately return The Intercept’s requests for comment.)

Just so we are clear, an Israeli lobbyist and AIPAC organizer stated on video that AIPAC, through shadow funding has become the biggest, wealthiest, networking group in D.C.

The influence alluded to by AIPAC in these statements should be alarming. Politicians are being bribed to be political attack dogs for Israel.

So, I am curious, what AIPAC’s going rate for a congressman is, relative to what the going rate for say…President Trump might be? It was Trump who went further than anyone saying that Rep. Omar should resign for her statements on AIPAC, he was quoted as saying,

“Critics — both Democratic and Republican — said Omar’s tweets evoked anti-Semitic tropes. House Democratic leadership called on her to apologize, and the freshman congresswoman then released a statement where she “unequivocally” apologized.

Omar’s statement reads, “Anti-Semitism is real and I am grateful for Jewish allies and colleagues who are educating me on the painful history of anti-Semitic tropes. My intention is never to offend my constituents or Jewish Americans as a whole. We have to always be willing to step back and think through criticism, just as I expect people to hear me when others attack me for my identity. This is why I unequivocally apologize.”

“At the same time,” Omar continued, “I reaffirm the problematic role of lobbyists in our politics, whether it be AIPAC, the NRA or the fossil fuel industry. It’s gone on too long and we must be willing to address it.”

Trump said at the Cabinet meeting, “What (Omar) said is so deep seated in her heart that her lame apology — and that’s what it was, it was lame and she didn’t mean a word of it — was just not appropriate. I think she should resign from Congress, frankly.” (CNN)

As I predicted last October in an article l wrote, Trump pledged himself to Netanyahu to destroy Israel’s enemies, in that article I quoted Trump as saying,

“The Jews have endured terrible persecution, and you know that, we’ve all read it: We’ve studied it. They’ve gone through a lot and those seeking their destruction…we will seek their destruction.” (American Thinker)

So, Trump the Destroyer, making good on his promise to Netanyahu jumps right into the fray calling for the resignation of a politician over her complaints of foreign influence in American politics.

Trump, who campaigned on draining the swamp and ending foreign wars abroad, has quite literally done an about face on his promises and inextricably tied himself to Netanyahu and the Zionist war machine that controls American politics. 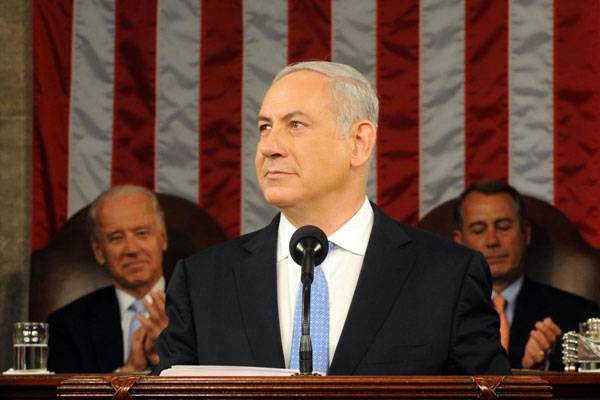 AIPAC is the swamp.

Everyone and I mean everyone wants to cozy up to the money in D.C., Trump included. As David Ochs, stated above AIPAC is the richest, most influential lobby in Washington.

It is Israeli interests that utilize their vast network of compromised political elite and the Israeli dual-citizen Neocons controlling the Pentagon to drag us into perpetual war on their behalf. It is this Israeli loyal contingent that is the Deep State swamp in U.S. politics who are running the show.

Rep. Omar statements should be applauded. Constitutionally speaking she is more in line with the founders than Trump, who has completely entangled himself with these Zionist foreign operatives.

Didn’t Founder and President George Washington tell us to be wary of foreign entanglements? He wanted us to stay clear of foreign alliances as a national policy,

“It is our true policy to steer clear of permanent alliance with any portion of the foreign world.” -Farewell Address to the People of the United States | Monday, September 19, 1796

If Trump was going to sell out to anything, of course it would be to money. Big surprise, the guy that plates his mansions in gold sells out to the vast empire of Zionist wealth. Someone with his kind of money can only be envious of the groups that have more money than him, which for the last 200 years is the Zionist Rothschilds who own Israel. So, when we hear someone like David Ochs talk about the AIPAC funding network, in reality he is talking about the Rothschilds who literally own stakes in the biggest financial institutions on the planet. That is the funding network spoken about, that is why so many want AIPAC money, because it brings them that much closer to those who own the world.

When Baron Edmond De Rothschild set out to establish a Zionist state in Israel back in the late 1800’s that was not some pet project of the family, it was their entire End Game. Israel is the most important thing to this family and they will drag the world into the fires of hell to make sure their vision of a Greater Israel is made manifest.

If you want to find the ancient dragon, then follow the money and that money leads back to Israel, who in turn leads back to the Rothschild’s controlling interest in the region.

AIPAC is the monied Deep State and Trump is one of their many swamp creatures that are playing his blinded Christian Zionist supporters better than Obama, the Bush’s, the Clintons could do combined. He is truly the perfect Zionist operative. 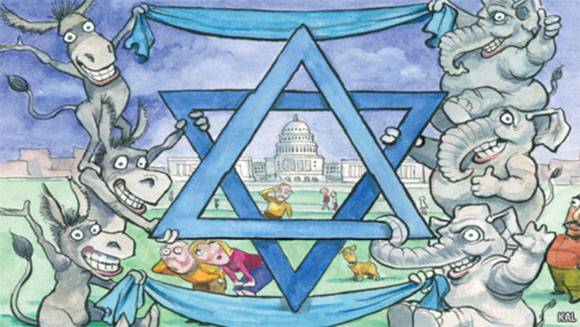 All we get out of this Trump deal is war, cultural division, unyielding debt, more war, a police state, and to be called antisemitic when we point out who is really pulling the strings in the Deep State of Washington Politics.

Trump has proven himself to be the ultimate Judas goat betrayer. Christians need to wake up to the fact that the devil, not God is running the show on this planet and that includes the Rothschild State of Israel. The second Temple was called Herod’s Temple, and Jesus cursed it and predicted its collapse, the 3rd Temple in Jerusalem will undoubtedly be called the Rothschild Temple once built, it doesn’t take a genius to see where all this madness is headed, but it does take the entire blinded Christian Zionist establishment to fall for this ungodly lie and support it for it to play out like Revelation indicates it will. Even the elect will be decieved Jesus told us, well we’re living it right now.

Paul when calling out the Jewish betrayers in his day asked this of the Galatians “So have I become your enemy by telling you the truth?” No doubt, Trump and his Zionist handlers will weaponize the antisemitism rhetoric and turn it against all of us that are telling the Truth about Zionist influence in our government, in our day. History repeats itself because the devil is always up to his old tricks.

For additional supporting information from world-renowned  journalist Benjamin Fulford , you may read the the following Special letter sent to him by a member of founding family of the Federal Reserve Board here: https://benjaminfulford.net/2019/02/11/special-letter-to-the-editor-from-member-of-founding-family-of-federal-reserve-board/