Prepare For Change
Home ARCONTES Brace yourself: The US navy & NASA have a fully operational ‘Space... 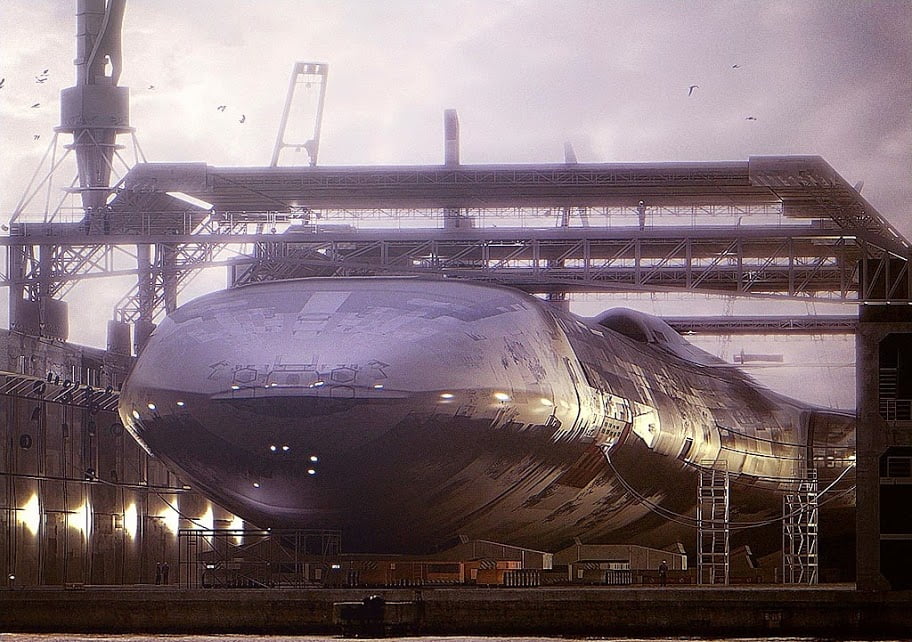 Numerous claims have been made in recent years that support the result of one of the biggest security breaches in the history of the US military. According to reports, the US Navy and NASA have a fully operational Space Fleet. Interestingly, these ‘accusations’ are backed up by highly ranking individuals such as Senator Daniel K. Inouye who said: “There exists a shadowy government with its own Air Force, its own Navy, its own fundraising mechanism, and the ability to pursue its own ideas of the national interest, free from all checks and balances, and free from the law itself.”

They say that the truth is out there. But where is it? And how can we distinguish what’s  important and what’s not when it comes to Alien life, UFO’s, and extraterrestrial technology—if of course, it exists?

The truth is that in today’s society, a thin line divides what is real and what is not.

In the last couple of years, numerous ‘whistleblowers’ have come forward saying—and some would dare say proving—that governments around the globe have access to extremely advanced technology. In other words, alien technology.

One of the best quotes regarding alien life and ‘their’ presence comes from Paul Hellyer, Former Canadian Defense Minister, and the man responsible for combining the Canadian Air Force, Army, and Navy into one united force, known as the Canadian Forces. Mr. Hellyer said:

“Decades ago, visitors from other planets warned us about where we were headed and offered to help. But instead, we, or at least some of us, interpreted their visits as a threat and decided to shoot first and ask questions after… Trillions, and I mean thousands of billions of dollars have been spent on projects about which both the Congress and the Commander in Chief have been kept deliberately in the dark.” Here is the source.

But Hellyer isn’t the only one who has ventured out to speak about alien life and the extraterrestrial presence. In fact, numerous astronauts/former astronauts have done the same.

“There is abundant evidence that we are being contacted, that civilizations have been monitoring us for a very long time, that their appearance is bizarre from any type of traditional materialistic western point of view. That these visitors use the technologies of consciousness, they use toroids, they use co-rotating magnetic disks for their propulsion systems that seem to be a common denominator of the UFO phenomenon.” Here is the source.

Are these people lying? Were their words misinterpreted?

Gordon Cooper, Former NASA Astronaut, Aeronautical Engineer, and test pilot; one of the seven original astronauts in Project Mercury, the first manned space program of the United States said that:

“In my opinion, I think they were worried that it would panic the public if they knew that someone had vehicles that had this kind of performance… so they started telling lies about it. And then I think they had to cover another lie, you know, tell another lie to cover their first lie, now they don’t know how to get out of it. Now it’s going to be so embarrassing to admit that all these administrations have told a lot of untruths…. [and that] there are a number of extraterrestrial vehicles out there cruising around.” Check out the source.

The list goes on, but that’s for another article and not this one.

Curiously, in addition to all of the above, one of the most controversial whistleblowers is definitely Gary McKinnon, a man that somehow supposedly hacked the Pentagon’s most secretive files.

After the security breach, McKinnon made several extraordinary claims, speaking about what he encountered in the computers in the top-secret military database.

Apparently, the US Navy and NASA have fully operational Space Fleet.

McKinnon said that one of the most unusual files he came across was an Excel spreadsheet that listed information of ‘non-terrestrial officers.

However, as mentioned numerous times, what McKinnon said could be interpreted in a number of different ways. However, many whistleblowers and UFO researchers agree that one thing is certain, these ‘officers’ were not based on planet Earth.

In addition to the curious list, McKinnon found listings for a ‘secret space fleet’ that was composed of ten warships, all prefixed with the title USS.

McKinnon believes that this secret space fleet is operated by the government of the United States.

“I found a found an Excel spreadsheet which said ‘non-terrestrial officers’ and I thought ‘oh my god that’s incredible…” –Gary McKinnon.

While many people have questioned the authenticity of McKinnon’s claims, the truth is that we only have to look at what other people have said in the past to get a bigger picture of what’s really going on.

“There exists a shadowy government with its own Air Force, its own Navy, its own fundraising mechanism, and the ability to pursue its own ideas of the national interest, free from all checks and balances, and free from the law itself.” Here is the source.

“There are objects in our atmosphere which are technically miles in advance of anything we can deploy, that we have no means of stopping them coming here … [and] that there is a serious possibility that we are being visited and have been visited for many years by people from outer space, from other civilizations. That it behooves us, in case some of these people in the future or now should turn hostile, to find out who they are, where they come from, and what they want. This should be the subject of rigorous scientific investigation and not the subject of ‘rubishing’ by tabloid newspapers.” Here is the source.

Fact of fiction? It may be very hard to tell, but it is interesting to mention that there is abundant evidence which points—at least partially—that society has not been told everything there is about UFOs, Alien life, and extremely advanced technology.

The thing is that if such a Secret Space fleet was in fact really, wouldn’t we notice it? Wouldn’t amateur astronomers have spotted by now evidence of the fleet’s existence? What are the odds that if something like this exists, nobody on the planet has spotted it in the sky, near the moon, etc?