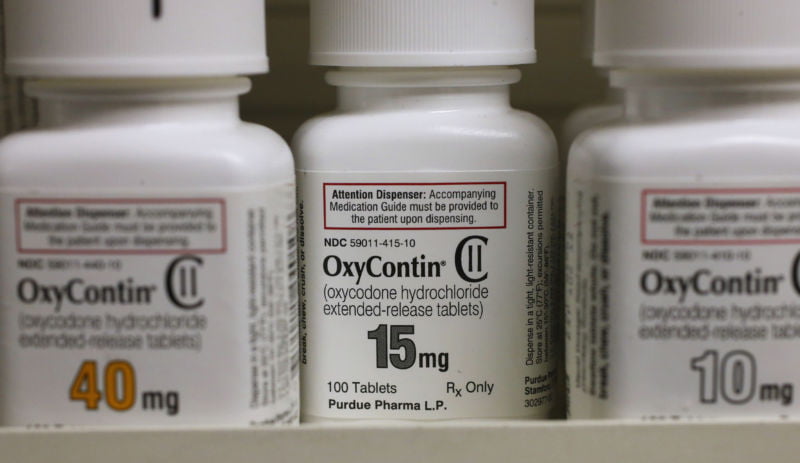 The Sackler family—the ultra-wealthy family that made billions from illegally marketed opioids and the group largely blamed for sparking and fueling the devastating, $504 billion-per-year epidemic of opioid addiction—has been making even more money off the country’s drug crisis than previously thought, according to a series of reports by the Financial Times.

With a 10-day supply of opioids, 1 in 5 become long-term users

The Sacklers own the infamous drug company Purdue Pharma, which in 2007 pleaded guilty to federal criminal charges for misleading doctors, regulators, and patients about the addictiveness of its branded oxycodone opioid drug, OxyContin. Yet the guilty plea seemed to do little to reform the company’s ethics or curb sales, according to a new report in the FT. Purdue continued to recklessly push the drugs on doctors, insiders told the outlet, and in 2010, it was raking in more than $3 billion in OxyContin sales.

In 2016, Forbes estimated the Sackler family’s collective wealth at $13 billion.

But according to a second FT report, the Sacklers didn’t just carry on with “business as usual” at Purdue—the family quietly opened a second drug company called Rhodes Pharma just four months after the guilty plea. And since then, the Rhode Island-based pill maker has become one of the largest producers of generic opioids in the US.

In 2016, Rhodes and Purdue together supplied 14.4 million opioid prescriptions. This makes them the seventh-largest opioid maker by market share, accounting for six percent of the US opioid marked, according to documents viewed by the FT.

The figure is striking because Purdue has long denied a prime role in the opioid epidemic by noting that OxyContin sales only account for a small percentage of opioid prescriptions in the US—just 1.7 percent in 2016. But the combined market share of Purdue and Rhodes significantly weakens that argument.

Moreover, former Purdue employees told the FT that sales reps were incentivized not just to ruthlessly expand the sale of OxyContin but to also push generic opioids. Specifically, part of their bonuses were calculated based on the size of the overall opioid market. That unusual business move makes a lot more sense knowing that Purdue’s owners also owned a company that sells generic opioids.

Since its 2007 guilty plea, Purdue has faced more than a thousand lawsuits from states, cities, and counties, all making similar allegations of misleading marketing that fueled the opioid epidemic. Late last year, the White House Council of Economic Advisers estimated that the epidemic of opioid fatalities and misuse led to an economic loss of $504 billion in 2015, or 2.8 percent of the GDP. More than 33,000 Americans died of opioid overdoses that year.

Purdue and the Sackler family continue to deny a role in the epidemic and fight the lawsuits. But Purdue announced earlier this year that it would stop aggressively marketing OxyContin.

Also this year, Purdue and Richard Sackler obtained a patent for a novel form of the mild opioid buprenorphine that can be used as a treatment for opioid addiction, according to a third report by the FT.

While opioids have always been known to be useful in pain treatment, they also display an addictive potential in view of their euphorigenic activity. Thus, if opioids are taken by healthy human subjects with a drug-seeking behavior, they may lead to psychological, as well as physical, dependence.