Prepare For Change
Home ARCONTES Why Venezuela Has Not Been Defeated 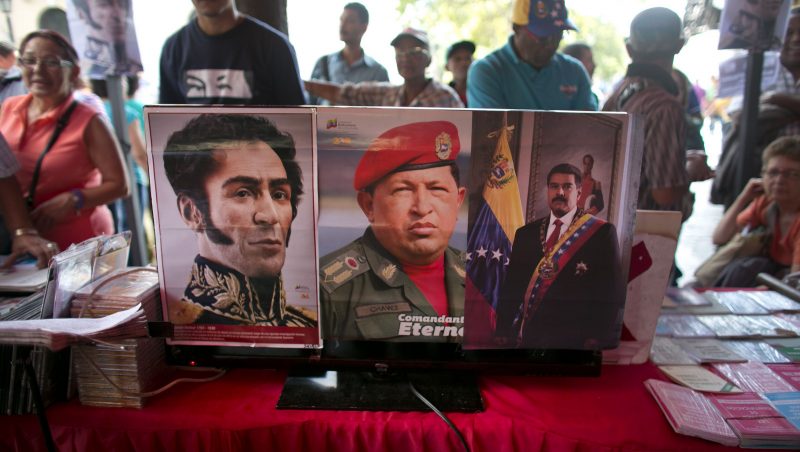 Over the past half-decade, a small army of US analysts, politicians, academics and media pundits have been predicting the imminent fall, overthrow, defeat and replacement of the Venezuelan government. They have been wrong on all counts, in each and every attempt to foist a US client regime.

In fact, most of the US induced ‘regime changes’ has strengthened the support for the Chavez – Maduro government.

When the US promoted a military-business coup in 2002, a million poor people surrounded the presidential palace, allied with the military loyalists and defeated the coup.   The US lost their assets among their business and military clients, strengthened President Chavez, and radicalized his social program. Likewise, in 2002-03 when state oil company executives launched a lock-out. They were defeated, and hundreds of hardcore US supporters were fired and Washington lost a strategic ally.

A more recent example is the overbearing role of President Trump’s bellicose proclamation that the US is prepared to invade Venezuela. His threat aroused massive popular resistance in defense of national independence, even among discontented sectors of the population.

Venezuela is in the vortex of a global struggle which pits the imperial aspirations of Washington against an embattled Venezuela intent on defending its own, and like countries, in support of national and social justice.

We will proceed by discussing the multi-sided means and methods adopted by Washington to overthrow Venezuela’s government and replace it by a client regime.

We will then analyze and describe the reasons why Washington has failed, focusing on the positive strengths of the Venezuelan government.

We will conclude by discussing the lessons and weaknesses of the Venezuelan experience for other aspiring nationalist, popular and socialist governments.

US Opposition:  What Venezuela Faces

The US assault on Venezuela’s state and society includes:

The US direct intervention includes the selection and appointment of opposition leaders and ‘dummy’ representatives overseas.

In brief the US has engaged in a sustained, two decades struggle designed to bring down the Venezuelan government.  It combines economic, military, social and media warfare. The US strategy has reduced living standards, undermined economic activity, increased poverty, forced immigration and increaser criminality.  Despite the exercise of US global power, it has failed to dislodge the government and impose a client regime.

Why Venezuela has Succeeded?

Despite the two decades of pressure by the world’s biggest imperial power, which bears responsibility for the world’s highest rate of inflation, and despite the illegal seizure of billions of dollars of Venezuelan assets, the people remain loyal , in defense of their government. The reasons are clear and forthright.

The Venezuelan majority has a history of poverty, marginalization and repression, including the bloody massacre of thousands of protestors in 1989.  Millions lived in shanty towns, excluded from higher education and health facilities. The US provided arms and advisers to buttress the politicians who now form the greater part of the US opposition to President Maduro.  The US- oligarch alliance extracted billions of dollars from contracts from the oil industry.

Remembrance of this reactionary legacy is one powerful reason why the vast majority of Venezuelans oppose US intervention in support of the puppet opposition.

The second reason for the defeat of the US is the long-term large-scale military support of the Chavez-Maduro governments .Former President Chavez instilled a powerful sense of nationalist loyalty among the military which resists and opposes US efforts to subvert the soldiers.

The popular roots of Presidents Chavez and Maduro resonate with the masses who hate the opposition elites which despise the so-called ‘deplorables’.  Chavez and Maduro installed dignity and respect among the poor.

The Venezuelans government defeated the US-backed coups and lockouts, these victories encouraged the belief that the popular government could resist and defeat the US-oligarch opposition.  Victories strengthened confidence in the will of the people.

Under Chavez over two million modern houses were built for the shanty town dwellers; over two dozen universities and educational centers were built for the poor, all free of charge.  Public hospitals and clinics were built in poor neighborhoods as well as public supermarkets which supplied low-cost food and other necessities which sustain living standards despite subsequent shortages.

Chavez led the formation of the Socialist Party which mobilized and gave voice to the mass of the poor and facilitated representation.  Local collectives organized to confront corruption, bureaucracy and criminality. Together with popular militias, the community councils ensured security against CIA fomented terror and destruction.

Land reform and the nationalization of some mines and factories secured peasant and workers support – even if they were divided by sectarian leaders.

The cumulative socio-economic benefits consolidate support for the Venezuelan leadership despite the hardships the US induces in recent times.  The mass of the people have gained a new life and have a lot to lose if the US- oligarchy returns to power.  A successful US coup will likely massacre tens of thousands of popular supporters of the government.  The bourgeoisie will take its revenge on those many who have ruled and benefited at the expense of the rich.

There are important lessons to be learned from the long-term large-scale successful resistance of the Venezuelan government’s experience but also its limitations.

Venezuela, early on, secured the loyalty of the army. That’s why the Chavista government has endured over 30 years while the Chilean government of Salvador Allende was overthrown in three years.

The Venezuelan government retained mass electoral support because of the deep socio-economic changes that entrenched mass support in contrast to the center-left regimes in Argentina, Brazil and Ecuador which won three elections but were defeated by their right-wing opponents, including  electoral partners, with a downturn in the economy, and the flight of middle-class voters and parties.

Venezuela’s linkages with allies in Russia, China and Cuba  provided ‘life jackets’ of economic and military support in the face of US interventions, something the center-left governments failed to pursue.

Venezuela built regional alliances with nearly half of South America, weakening US attempts to form a regional or US invasion force.

Despite their strategic successes the Venezuelan government has committed several costly mistakes which increased vulnerability.

Venezuela has taken steps to rectify these errors but the question is whether they have time and place to realize radical reforms?

Award winning author Prof. James Petras is a Research Associate of the Centre for Research on Globalization.