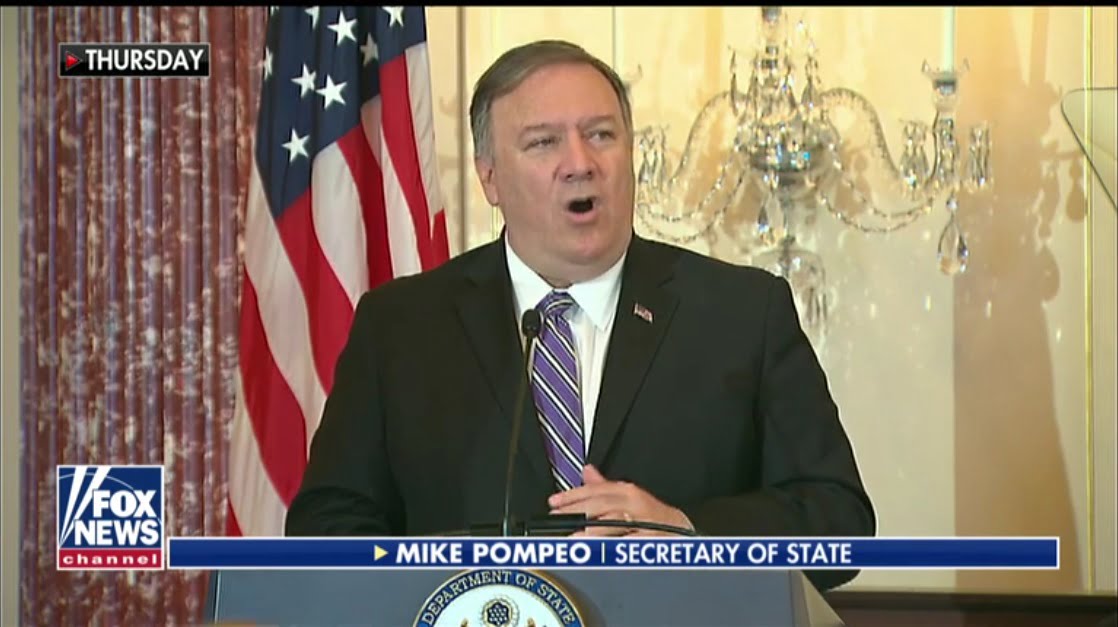 Secretary of State Mike Pompeo delivered the Trafficking in Persons report, which is created annually by the State Department to document human trafficking in the year prior, and highlighted the growing focus that government agencies and nonprofit organizations have dedicated to stopping human trafficking. The Department of Justice provided more than $31 million for 45 victim service providers that offered services to trafficking survivors across the country. It was a demonstrable increase; the DOJ only provided $16 million to 18 organizations in 2017, according to the report.

At the heart of the human trafficking trade in America is simple economics: Supply and demand.

Over the last two months, Fox News has investigated human trafficking. We followed the enforcement efforts of FBI agents and police officers, documented the ways advocacy groups protect and serve survivors, and heard heart-wrenching stories of abuse, rape and recovery from numerous victims.

“The United States is the number one consumer of sex worldwide. So we are driving the demand as a society.”

If there’s one takeaway from our reporting, it’s that the industry is fueled by an unceasing demand. It’s here that officers focus their enforcement actions. And it’s where advocates focus their education efforts to end the illicit trade.

“We have a major issue here in the United States” Geoff Rogers, co-founder of the United States Institute Against Human Trafficking (USIAHT), said in an interview with Fox News. “The United States is the No. 1 consumer of sex worldwide. So we are driving the demand as a society.”

“These are American kids, American born, 50% to 60% of them coming out of the foster care industry.”

“We’re also driving the demand with our own people, with our own kids,” Rogers said. “So there are tremendous numbers of kids, a multitude of kids that are being sold as sex slaves today in America. These are American kids, American-born, 50 percent to 60 percent of them coming out of the foster care industry.”

This assertion is confirmed by the State Department’s report, which found that children in foster care, homeless youth, undocumented immigrant children and those with substance abuse problems were especially at risk to fall into the human trafficking trap.

Rogers says that because the demand is so great in the U.S., traffickers are filling that demand with an increased supply of forced sex workers.

“Because of the demand, then these traffickers are filling that demand with supply. And the demand is so great here in the United States that they’re filling the supply with our very own kids,” Rogers continued.

According to a U.S. Department of Health and Human Services report, over 300,000 of America’s young population is considered at risk for sexual exploitation. It’s also estimated that 199,000 incidents occur within the U.S. each year.

Corporal Alan Wilkett, of the Pasco County Sheriff’s Office in Florida, operates their local Human Trafficking Task Force. He believes the best way to combat the trade is to quell the demand.

“Historically, we’ve allowed the sex buyer to hide behind a mask of anonymity and actually call them a ‘John,’” He said in an interview with Fox News. “We don’t even call them by their name, because we let them stay behind that mask. And the only way we’re going to attack the supply side is by going after the demand. And that means the sex buyer needs to be held culpable for the damage and trauma that he or she is causing.”

While Wilkett and other law enforcement officers focus on arrests and sting operations, leaders in the nonprofit realm take a more holistic approach to healing survivors. Brook Bello, the founder of anti-trafficking organization More Too Life in Florida, focuses on helping develop skills to lead a successful post-trafficking life.

The State Department’s report similarly echoes the domestic nature of sex trafficking in the United States. Despite the growing focus and concern surrounding human trafficking, gaps exist that leave victims and survivors without the care and resources they need to build a life beyond the abuse.

Brook Bello, founder of More Too Life in Florida, speaks with another woman.

“Advocates reported a significant lack of services available for men, boys, and LGBTI individuals and noted continued concern that some federal funding opportunities no longer highlight the need for services for LGBTI individuals,” the State Department said in its Trafficking in Persons report. “NGOs and survivor advocates continued to report insufficient access to emergency shelter, transitional housing, and long-term housing options for trafficking victims.”

Progress has been made on this front, but too often too many kids can’t fight their way out of the clutches of their traffickers. In cities across the nation, and along the highways that connect them, police and advocates continue their fight to eradicate human trafficking and heal those who survived.

This is the last article of a six part Fox News investigation into human trafficking in America. You can see the previous five television segments and articles here, One, Two, Three, Four, and Five.