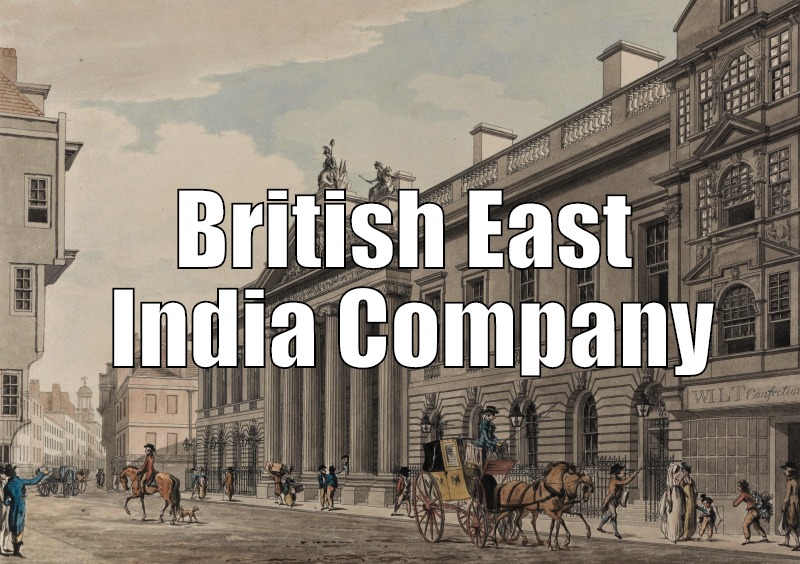 East India Company (East India Co. )was made official with the approval of Queen Elizabeth I in 1600. The British control in India started when this company was established in London and seized the government revenues of the Bengal region of India.

After this milestone, the British deep state started slowly building its dominion in India. Soon after, the Indian Civil Service, also known as the Imperial Civil Service, was set up that allowed the British to control not only sovereign princely states, but all of India. It also made sure that British officers could obtain all the key positions.

This marked the beginning of the colonization of India – ‘the jewel in the crown’– by the British deep state. India was now divided into classes: noble families seeking to preserve their rights and a new middle class that owed their existence to Britain.

East India Co. transferred ‘fractional reserve banking’, inspired by the Babylonian banking system and which was the first step towards the modern central banking practice, from India to Britain.

Fractional reserve banking refers to the practice where banks keep a certain amount of the deposits they receive, and offer the rest to the investors and the market as loans, etc. It is based on earning interest on money that does not practically exist.)

This finance system brought along a string of interesting practices. The said system played an important part in many notorious conflicts and wars like the French Revolution, the Napoleonic Wars, the Anglo-Boer War [the war between the British Empire and the two Boer states in South Africa], WWI and the Bolshevik Revolution.

Even the Bolshevik Revolution was in truth planned and financed by secret organizations controlled by the British deep state. Lenin himself admitted in March 1922 that the revolution hadn’t been an independent movement. He clearly stated during the 11th Party Congress that the party was being run by ‘a huge bureaucratic machine’. –– Source

Today, it is a widely known fact that wars are considered as an important revenue source for reserve banking systems. Dr. John Coleman, a retired intelligence officer, explains this truth with the following words:

It is estimated by war historian Alan Brugar, that the international bankers made a profit of $10,000 from every soldier who fell in battle. Life is cheap when it comes to the Committee of 300–Illuminati–Rothschild-Warburg-Federal Reserve bankers, who financed both sides of the war. –– (Dr. John Coleman, Diplomacy by Deception: An Account of the Treasonous Conduct by the Governments of Britain and The United States, Bridger House Publishers, 1993, p. 1)

East India Co. was first founded with the purpose of exploiting countries with rich natural resources, most notably India, China and the South African Republic. As explained above, fractional reserve banking was used by Britain and the United States to finance the WWI.

In 1661, British King Charles II granted East India Co. the right to make war and peace with independent countries. This was the first time a private company, engaged in financial activities, was given such rights.

These rights were used to seize agricultural areas and produce in various countries as this financial company achieved a position where its members could meet with princes and as it dominated the fractional reserve system that increased the money supply in the market. By 1830, the whole of India was practically under East India Co.’s control.

In 1702, the company was renamed to British East India Co. (BEIC), and the reserve system used in India was exported all around the world. This system is also the origin of the modern Federal Reserve banking practice that controls all the markets today; in other words, the system that gave rise to central banks.

One of the first things British East India Co. did was use spies to weaken the influence of Sikhs that stood up to the caste system. A part of Indian customs, the caste system turned frighteningly racist after the British input. As a result of the efforts of British deep state, deep divides also ensued between Muslims and the Sikhs.

However, voices began to rise in India against the rule of the British East India Co. The Rebellion of 1857 (also known as the Sepoy Rebellion) resulted in India coming under the direct control of the British Empire and Queen Victoria officially took the title of Empress of India in 1876.

The famine that happened that same year caused the death of more than 2 million Indians, who were considered lower class. In addition, during the entire reign of British East India Co., more than 6 million lower class Indians lost their lives due to famine.

After that time the control of the British deep state in India increased even more. Individuals trained in the top British schools were placed in key judicial and administrative positions of India as well as media roles that had a profound effect on the society.

Since the British deep state had control over not only the country in general, but also over the princely states, it was able to exert its influence everywhere. One British commissioner was appointed to work with every prince.

It was a widely known fact that those commissioners took the princes under their control, and watched their every move. The country didn’t have any military freedom, just like they didn’t have much say in their domestic or foreign policies. With the British rule, everything India possessed came under the rule of the British deep state.

It is also known that the opium trade thrived with the input of the British deep state and became one of the most important means of the exploitation of India.

Robert Clive, a famous figure in the British occupation of India, took under his control the most fertile opium lands until 1765. –– (Dr. John Coleman, Diplomacy by Deception, p. 233)

Drug trade became a part of the already frightening, racist situation in the region. The British deep state took control of the administration in India, which it considered a good market, caused division amongst the people, used racism as leverage, seized control of the country’s resources and started managing the drug trafficking, which helped solidify its control over the country.

From that day on, India became a central hub, through which the British deep state managed its various propaganda projects. The most important administrative role in this project was assumed by British East India Co.

This company, an umbrella organization for all covert organizations built to shape world affairs, constituted the first step of the British deep state in the 19th century towards its goal of world reign.