Prepare For Change
Home ARCONTES Why is America Fighting Wars for Israel? 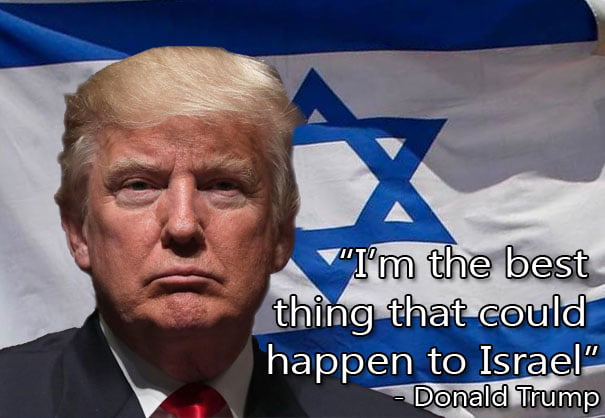 “Today the Jews rule this world by proxy. They get others to fight and die for them.” — Prime Minister Mahathir Mohamad of Malaysia, in a speech to the Tenth Islamic Summit Conference at Putrajaya, Malaysia, October 16, 2003.

“Let me state again what I have written many times already. Jews want those attacks on Syria, and the wars against Iraq and Libya. That is the proof Trump is in bed with the Jews.” (‘Peter’, below)

Paul Craig Roberts says: “Wars in the Middle East against Israel’s enemies and preparation for major wars against Iran, Russia, and China are the bread and butter for the powerful US military/security complex lobby.” This statement is misleading. It mentions who the wars are fought for Israel and then claims the ” US military/security complex lobby” is responsible for our wars. There is no evidence that all people that work for defense companies all want as many wars as possible to maximize profits; that they are all, in effect, bloodthirsty murderers.

Yes, wars are in their interest and that “could” affect executives’ opinions on whether to support a war, but the key part of the sentence is “Wars in the Middle East against Israel’s enemies”. That means the wars are due to Jewish influence, pushed by Jewish lobbies like “AIPAC”. And to the degree the “US military/security complex” has any power, it isn’t over who will be our targets. We don’t attack enemies of Switzerland, South Africa or any other country in the world. All our wars are fought against Israel’s enemies.

And that means Israel’s lobbyists direct our wars, not the “US military/security complex”.

China is the only country mentioned in the sentence in which Jews don’t have a direct interest. In both Iran and Russia, Jews have stated clearly they don’t like either government. So, even any contemplated wars are all directed or heavily influenced by Jewish lobbyists.

With all that said, the article by Paul Craig Roberts clearly mentions the “Israel lobby” as having a major say in the USA’s wars, as Lasha Darkmoon and other articles on this website echo.

I continuously see comments on this website, however,  that say to me the commenter has no idea why we fight the wars we do, and I recently saw one by someone that one of the admin people told me in a comment was a very good writer and that is why the website featured an article by him.

(I won’t mention his name).

Recently that “good writer” wrote comments asking why he Jews don’t attack Trump for his military attacks on countries in the Middle East and this supposedly shows how Trump is in bed with the Jews.

Trump is in bed with the Jews (despite initially promising he would not be during his run for the presidency), but this “good writer” clearly lacks any knowledge as to what motivates Jews and US foreign policy.

Let me state again what I (and I’m sure others) have written many times already. Jews want those attacks on Syria, and the wars against Iraq and Libya. That is the proof Trump is in bed with the Jews.

What is so complicated about seeing that destroying Syria and killing Assad (the supposedly “evil dictator” that protects Christians) is in Israel’s interest?

The country borders Israel, has fought multiple wars with Israel, is an ally of Israel’s enemies (Iran and Iraq) and Israel wants the Golan Heights that it took from Syria in one of the Arab-Israeli wars, and Trump recently recognized as Israeli.

Despite laying it out again, I’m sure I will continue to see ridiculous claims and questions.

I have to wonder if this commenter isn’t actually trying to divert criticism away from Jews, a group he claims to oppose.