Prepare For Change
Home Awakening 5 Sectors of The U.S. Economy That Are In Decline 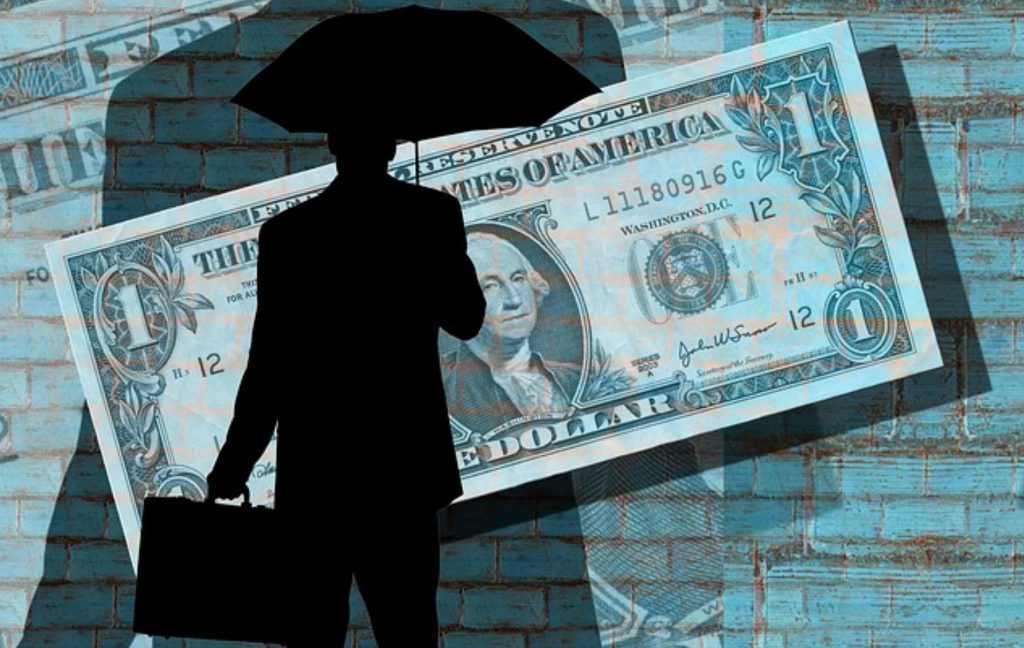 As regular readers of this site are probably well aware, it often feels like we are living in parallel worlds when it comes to media coverage of just about anything. This is extremely evident in the economy.

In a game of numbers, one would think that there would be much more obvious agreement about the conclusions we can draw from economic data. Nothing could be further from the truth, as on one end we are given persistently buoyant optimism from the Wall Street stock-market crowd; and signs of imminent economic end-times on the other extreme side of the spectrum.

However, for anyone who spends even a small amount of time on Main Street, the realities tend to be much more obvious — consumer debt is at an all-time high, bankruptcies are surging, and more than half of Americans are living paycheck to paycheck.

Let’s look at which areas of the U.S. economy have achieved some consensus in the determination that all might not be well. Get your silver, get your gold, get your cryptocurrency, get your term insurance, get your prepping gear and get your critical thinking caps on to at least hedge yourself against these areas of the economy that are experiencing turbulence.

Retail — Speaking of life on Main Street, perhaps this one is the most obvious to each of us. It seems like a “Retail Apocalypse” has been accepted as an apt catch phrase that reflects empty malls and disappearing mom-and-pops.  It even has its own Wikipedia entry. Some pundits have argued that “retail apocalypse” is a misnomer and is instead just a reflection of our modern shift away from brick-and-mortar establishments and over to an online economy. Nevertheless, there is a lot of physical space now left behind. Washington Post recently reported that 75,000 more stores could soon be added to the many thousands of those that already have shuttered — and they are some of the biggest names in retail.

Banking — Even beyond Main Street, the upper echelons of the finance world do not seem to be immune … at least when currency wars, trade wars, political instability and outright corruption become part of the operating expenses.  Just last week it was announced that big banks are having big troubles — HSBC, Deutsche, Societe, and Citi will account for tens of thousands of new layoffs worldwide, including some high-paid executives. Since the world at large doesn’t appear to be stabilizing anytime soon, it is probably safe to surmise that “restructuring” efforts by major banks might not offer their advertised solutions.

Agriculture — This might be the one area that will affect everyone, regardless of where you live or the level of your income bracket. The food supply itself is coming under extreme pressure from a combination of natural and political assaults.  The American farmer, in particular, is suffering under the weight of a trade war with China that CNBC says only “piles on to a devastating year.”

“It’s really, really getting bad out here,” Bob Kuylen, a farmer of 35 years in North Dakota, told CNBC. “There’s no incentive to keep farming, except that I’ve invested everything I have in farming, and it’s hard to walk away.”

Farms are also suffering from historic flooding and heat waves.  This has become the perfect storm to drive up food prices and even threaten the food supply, as many large stores like Kroger’s have begun posting signs like this one: It’s always a political talking point, and it appears no one has yet found an answer to restoring American supremacy in manufacturing. In fact, things have only gotten worse lately, and most believe it’s yet another result of the trade war. MarketWatch reports that manufacturing is now in a technical recession.

But the overall trend in the sector looks a bit more dramatic, regardless of any political messaging:

Trump’s campaign to MAGA and restore manufacturing jobs in the US has failed to live up to its hype – as a share of overall employment, the sector hasn’t gained any ground. My @Morning_Joe chart: pic.twitter.com/aBlMDOOvSx

Another key symbol of Main Street economic health is the restaurant sector.  It highlights how much discretionary income is available, as well as being a solid marker for employment and even policy changes that might have unintended consequences.  The National Restaurant Association released their July report and things aren’t trending well:

As a result of softer customer traffic and a somewhat dampened outlook for sales growth in the coming months, the National Restaurant Association’s Restaurant Performance Index (RPI) declined in June.  The RPI – a monthly composite index that tracks the health of and outlook for the U.S. restaurant industry – stood at 101.2 in June, down 0.4 percent from a level of 101.6 in May.

One controversial area to keep an eye on is the widespread call for minimum wage increases. There is quite a lot of debate about the impact that a rise in minimum wage will have, especially in the sensitive restaurant sector. Read for yourself what is happening in the early going for New York where the $15 minimum wage has gone into effect, while surrounding areas are still at $11.10.

Compared to the first half of last year when there was an average of about 318,000 restaurant jobs in the city, there were only slightly more than 314,000 restaurant employees during the same period this year, representing a loss of nearly 4,000 food jobs over the last year at a rate of 11 jobs lost on average every day.

Is it true that the living wage ultimately makes it harder to make a living? Decide for yourself: