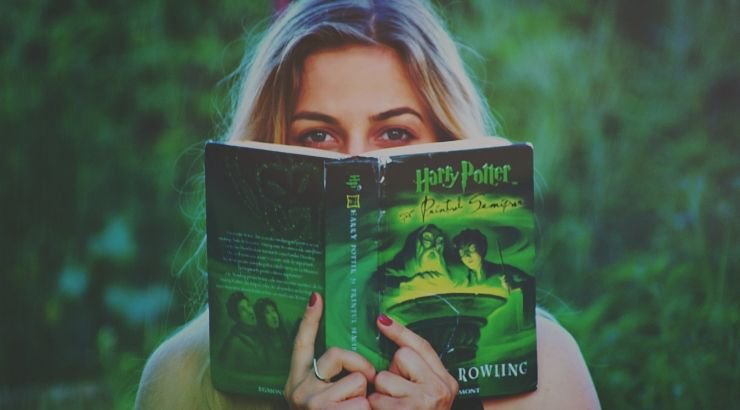 A reverend in Nashville believes the spells in the book could potentially summon demons if read aloud.

The young adult fantasy series Harry Potter is one of the most popular and best-selling literary franchises in the world, but there are some religious extremists who believe that the books teach evil to children.

In fact, between 2001 and 2003, the series was on The American Library Association’s list of most challenged books, a list which documents all of the requests that libraries receive to remove a particular book.

For the most part, that hysteria slowly died down as Harry Potter became a cultural icon and most parents realized that the story was actually harmless. But, as it turns out, the extremists are still out there.

One Catholic school in Nashville, Tennessee has recently revived the controversy by banning the book series because a reverend at the school believes the spells in the book are real incantations that could potentially summon demons if read aloud.

The Tennessean obtained an email that was sent to parents of students who attend Saint Edwards Catholic School. The email contained details about the Harry Potter ban and was written by Rev. Dan Reehil, who claims to have consulted numerous exorcists in both the United States and Rome about the series. Reehil said he was advised to ban the book to protect his students from evil spirits.

The email stated that:

“These books present magic as both good and evil, which is not true, but in fact a clever deception. The curses and spells used in the books are actual curses and spells; which when read by a human being risk conjuring evil spirits into the presence of the person reading the text.”

Yeah I hate it when I’m reading Harry Potter and then all of a sudden my coffee cup turns into a mouse https://t.co/yGwHOakrJE

CBS News confirmed the authenticity of the email with Rebecca Hammel, superintendent of schools for the Catholic Diocese of Nashville.

Hammel said that Reehil was “well within his authority” to ban the book, as “each pastor has canonical authority to make such decisions for his parish school.”

Hammel also insisted that Reehil’s investigation into the series was in response to questions from a concerned parent. Reehil is reportedly on vacation and can’t be reached to answer questions from reporters at this time.

Although the book has been removed from all of the school’s libraries, it is not entirely clear how strict the ban will be and whether or not Harry Potter books brought in from home will be treated as contraband.

Even if these books are successfully kept out of the schools, they are still an unavoidable part of popular culture that these same children are sure to stumble across eventually.