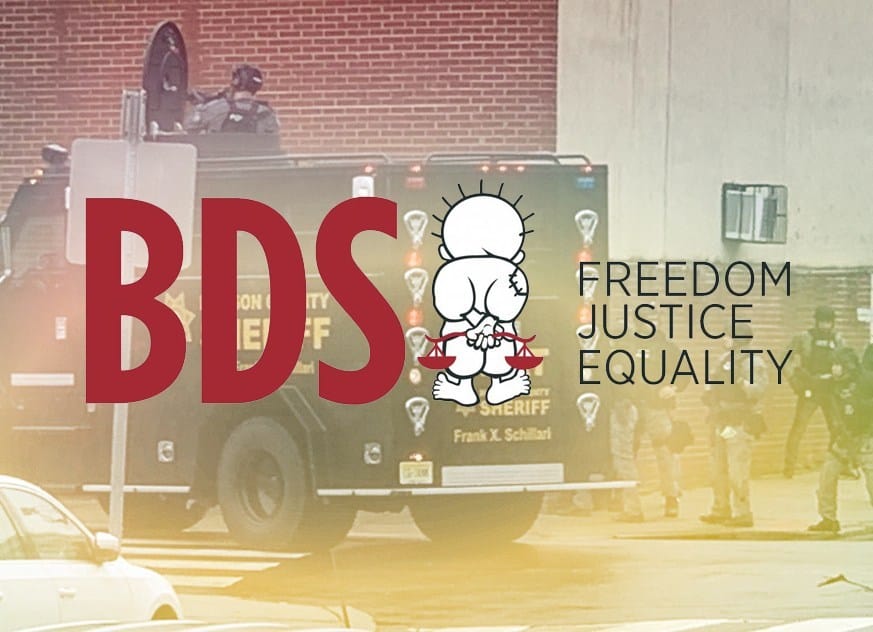 While many people want to know the motive behind a shootout at a Jersey City kosher grocery store,

The New York Times conflated the fatal incident with a larger antisemitism narrative. We might not know the names or be allowed to view the social media accounts of the alleged shooters, but we know they hated Jews, according to a narrative-peddling corporate media.

An assailant involved in a prolonged firefight in Jersey City, N.J., that left six people dead, including one police officer, had published anti-Semitic and anti-police posts online and investigators believe the attack was motivated by those sentiments, a law enforcement official familiar with the case said on Wednesday.

This is how it now works. If you’re an antisemite involved in murder, you leave behind a “rambling manifesto,” either posted on social media or left on the backseat of your car.

It looks like the Times is on the inside track, same as they were when Judith Miller peddled neocon lies about Saddam Hussein.

This tragically confirms that a growing pattern of violent anti-Semitism has now turned into a crisis for our nation. And now this threat has reached the doorstep of New York City.

Statements issued by the state need a theatrical element in order to send the message to a largely indifferent public, so de Blasio announced the nation’s largest city is now locked in a “state of high alert.”

Although there is no credible or specific threat directed against New York City, I have directed the NYPD to assume a state of high alert.

Tonight, NYPD assets are being redeployed to protect key locations in the Jewish community. Tomorrow, we will announce additional measures.

On Wednesday, the shooters were supposedly identified.

BREAKING: Gunmen who stormed kosher store in Jersey City identified as David Anderson and Francine Graham. Anderson was a follower of the Black Hebrew Israelite movement. There were postings connected to Anderson’s social page with anti-police and anti-Jewish writings – WNBC

David Anderson is supposedly a member of the “Black Hebrew Israelite” movement. The Black Jew aspect of this story is an interesting side note. Anthropologist James E. Landing, in his book Black Judaism: Story of an American Movement, writes that Jews and Christians reject the assertion Blacks were the original Hebrew Jews.

Black Judaism is … a form of institutionalized (congregational) religious expression in which black persons identify themselves as Jews, Israelites, or Hebrews … in a manner that seems unacceptable to the “whites” of the world’s Jewish community, primarily because Jews take issue with the various justifications set forth by Black Jews in establishing this identity. Thus “Black Judaism,” as defined here, stands distinctly apart from “black Judaism,” or that Judaic expression found among black persons that would be acceptable to the world’s Jewish community, such as conversion or birth from a recognized Jewish mother. “Black Judaism” has been a social movement; “black Judaism” has been an isolated social phenomenon.

Its doctrine asserts that African Americans are God’s true chosen people because they, not the people known to the world today as Jews, are the real descendants of the Hebrews of the Bible. Although most Hebrew Israelites are neither explicitly racist nor anti-Semitic and do not advocate violence, there is a rising extremist sector within the Hebrew Israelite movement whose adherents believe that Jews are devilish impostors and who openly condemn whites as evil personified, deserving only death or slavery.

The SPLC characterizes the movement as “the reversed-color mirror image of the Christian Identity theology embraced by many white supremacists, which holds that mainstream Jews are the descendants of Satan and that white people are the chosen ones, divinely endowed by God with superior status over ‘mud people,’ believers’ term for non-white individuals.”

African Hebrew Israelites emigrated to Israel in the 1960s where they endure racism to this day, not only by Jewish citizens but also the “apartheid” government (if Israel were truly an apartheid nation, it would establish Bantustans for Palestinians instead of engaging in slow-motion ethnic cleansing and the wholesale theft of Palestinian land).

Black Hebrews, according to Haaretz, are “in appalling fashion… still viewed by some Israelis as outsiders to be scorned. They are regularly referred to as kushim—a racial slur for black people—on the street, in the Hebrew press, and even by government representatives who clearly should know better.”

Last November, the FBI, with the avid assistance of the Anti-Defamation League, reported an increase in “hate crimes” against Jews following the shooting at the Tree of Life synagogue in Pittsburgh. CBS News reported:

Anti-Semitic crime spiked in New York City, home to the largest Jewish population outside Israel, in the weeks leading up to the Pittsburgh massacre, CBS News reported last week. There were 31 anti-Semitic hate crimes reported in the first 28 days of October in the city, compared to 9 for the same period in 2017, a New York Police Department spokesman said. The Anti-Defamation League also released a report that found social media harassment targeting Jewish Americans increased around the 2018 midterm elections and two-thirds of those online attacks were from people, not bots.

In August, the FBI said it will go after “white supremacists” and others involved in the dissemination of “conspiracy theories” on social media and the internet. The FBI states “individuals’ belief in hoaxes and conspiracy theories led to or could have led to violence. They included the Tree of Life synagogue shooting, the Pizzagate conspiracy, and the QAnon conspiracy,” Business Insider summarizes.

In the bizarro world of staged and exploitable political events and a 24/7 stream of propaganda, timing is everything. [The timing of this Jersey City kosher grocery store shooting is extremely convenient – and suspicious – Ed.] Thus, President Trump will today sign an executive order “to interpret Judaism as a nationality and not just a religion, a move that the Trump administration believes will fight what they perceive as anti-Semitism on college campuses, a White House official said,” according to CNN.

It’s an order that would allow Trump to take further steps to combat anti-Israel sentiments and divestment movements on college campuses by requiring colleges and universities to treat those movements as discriminatory in order to keep their funding.

Trump will use the “federal Civil Rights Act of 1964 that requires educational institutions receiving federal funding to not discriminate based on national origin, according to senior administration officials.”

Trump and his coterie of Israel-first neocons will further erode a seriously eroded First Amendment. They will force universities to single out and punish student Boycott, Divestment and Sanctions (BDS) activists, thus violating a key principle of the Bill of Rights (now pretty much reduced to a doormat).

In Koontz v. Watson, the Supreme Court ruled that the First Amendment protects the right to participate in a boycott. “Broadly speaking, the court’s decision in this case is likelier to be cheered by those on the left, where most of the energy behind boycotts of Israel emanate, and to be jeered by the Republicans and conservative Democrats who’ve lately pressed ahead with multiple efforts to legislate against economic boycotts of Israel,” explains Conor Friedersdorf, writing for The Atlantic.

The Jersey City kosher grocery store shooting will claim its place in the expanding antisemitic threat narrative. BDS poses direct economic harm to Israel, so it must be equated with hatred, antisemitism, the Holocaust, and marching Nazis (and now Black Hebrews). Likewise any principled criticism of Israel, of its ethnic cleansing, political malfeasance, assassinations, illegal bombing raids against neighbors, the murder of medics and journalists, and its ongoing and largely successful effort to outlaw critics and undermine their natural right to speak their minds.