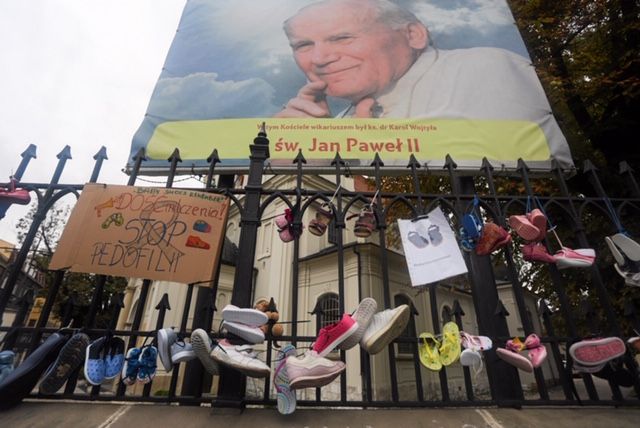 Over 400 members of the European Parliament have voted to pass a resolution criticizing a Polish bill called Stop Paedophilia that seeks to protect minors from sexual abuse by adults.

The Stop Paedophilia bill seeks to make the incitement of minor children to sexual activity illegal in Poland. According to Euronews, the 471 MEPs who voted on November 14 to condemn Poland for the potential legislation were particularly concerned about the possibility of teachers and gay right militants being imprisoned for promoting or approving underage sex.

That part of the bill states that ‘anyone who promotes or approves sexual intercourse or other sexual activity by a minor, in connection with performing their position, occupation, or performing activities related to upbringing, education, health care or care of minors, or operating on school premises or other educational or child care institution, is liable to imprisonment up to three years.’

The opening items in the bill stipulate fines, restricted liberty, or imprisonment for anyone who promotes or praises paedophile activity.

Opponents of the bill describe it as seeking to ‘criminalize sex education in Poland.’ However, defenders of the bill said it was designed simply to stop adults from encouraging minors to have sex and to protect the right of parents to direct their children’s sexual education themselves.

Polish journalist Krystian Kratiuk says, ‘The EU Parliament has no right to interfere in Poland’s internal affairs, including its education system.’

Kratiuk added that the Stop Paedophilia bill was submitted by Polish citizens themselves. The Polish Constitution allows for the introduction of a bill by ordinary citizens as long as it is signed by a group of 100,000 or more Poles who have the right to vote. The Stop Paedophilia citizen’s project has been signed by 265,000 Polish voters.

‘It’s curious that the Left in Brussels wants to intervene in a legislative process based on the will of citizens. After all, what is this about? A citizens’ project that prohibits inciting minors to have sex,’ Kratiuk said.

Children aged 6–9 must learn about sexual consent and different methods of intercourse and contraception. Children between 9 and 12 are supposed to learn how to use condoms, learn about their first sexual experiences, and receive information about orgasms. Children between 12 and 15 should be able to communicate about their own and their partners’ desires ‘in order to have safe and pleasant sex.’

‘According to the EU Standards, at every step of development there is also intensive familiarizing of children with homosexuality,’ the note adds.

Krystian Kratiuk sees the debate over the ‘Stop Pedofilii’ bill as another battle between a left-leaning European Parliament determined to impose its worldview and a proud nation that cares deeply for its children. ‘The Left dominates the EU Parliament,’ he told LifeSiteNews.

The journalist was referring to the Stop Abortion (Zatrzymaj aborcję) bill that was signed by more than 830,000 Polish citizens and supported by the Catholic Church.