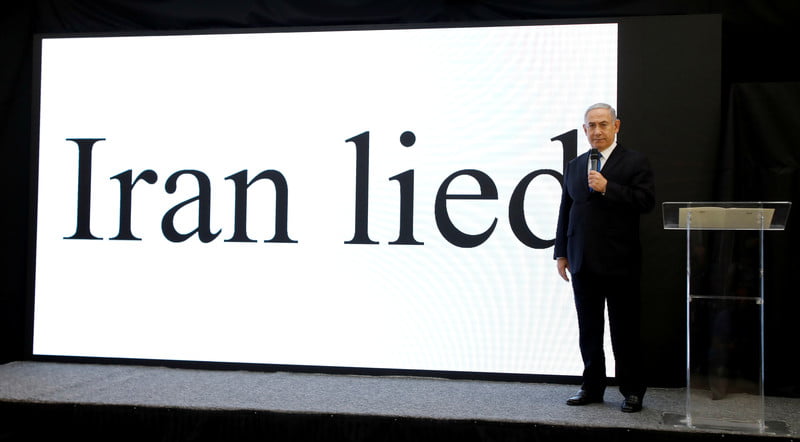 Much worried commentary is being written these days about the possibility of a US-led war on Iran.

The truth, of course, is there is already a war on Iran. And it is one that very much serves Israeli interests.

The US government is prosecuting an economic war on Iran while intensifying its military posture against the country, increasing land, sea and air positions on the basis of unsubstantiated claims that Iran might someday develop nuclear weapons, is the engine of violence in the Middle East, and is likely to initiate attacks against US “interests” or those of its proxies.

Such maneuvers must be understood in the context of the ways that Iran has functioned as an obstacle to US ruling class goals in the Middle East, a view shared by the Israeli ruling class for its own interests.

US and Israeli planners despise Iran principally because it is an independent regional power. It has a strong military and a foreign policy that includes providing material support for armed Palestinian resistance to Israel and for Hizballah’s defense of Lebanon from US-Israeli aggressions, including the joint invasion in 1982 and the US-backed Israeli assault in 2006.

Iran’s support was crucial to help Hizballah resist the US-backed Israeli occupation of the country.

Though in recent years Israel has come close to attacking Iran militarily and suggested in February that the US do so, it appears that for the moment Israel would prefer that the US not bomb or invade Iran because Hizballah would be able to inflict significant damage on Israel in response.

Iran now says that, if sanctions continue to prevent it from profiting from its natural resources, it will also withdraw from the accord.

Weakening Iran, with a view toward regime change, has long been a major Israeli preoccupation, highlighted by such Israeli policies as assassinating Iranian nuclear scientists.

Iran hasn’t been close to having a nuclear bomb for 16 years and there’s evidence to suggest it never had anything resembling one.

Israel’s attacks on Syria are partly about Iran. The Syrian government has partnered with Iran in arming Palestinians and Hizballah. The Syrian Baath Party has its own history — however uneven — of confronting Israel militarily.

Israel, of course, also remains in occupation of Syria’s Golan Heights – whatever Donald Trump might say – and Israel has deepened its colonization there while arming anti-government groups and carrying out fatal bombings of Iranian and Hizballah targets in the country.

Furthermore, the threats against Iran need to be read against the backdrop of the anti-Iran alliance being forged between the US, Israel and several of the pro-US Middle Eastern dictatorships, notably Saudi Arabia and the United Arab Emirates.

As Adam Entous of The New Yorker points out, the central ambition of Benjamin Netanyahu’s government has been “to diminish the Palestinian cause as a focus of world attention and to form a coalition with Saudi Arabia and the United Arab Emirates to combat Iran, which had long supported Hizballah in Lebanon and Hamas in Gaza.”

The leaders of both the UAE and Saudi Arabia have said that they regard Iran as a problem. And both the Emirates and the Saudis are “working together behind the scenes with Mossad” – Israel’s spy agency – against Iran.

Because the measures being taken against Iran are linked to the Palestinian issue, these machinations must also be seen in the context of the “Ultimate Deal,” the proposal for resolving the Palestinian question being put forth by Trump and his son-and-law and adviser Jared Kushner. This “peace package” aims to both permanently extinguish Palestinian national aspirations and neutralize Iran.

Reports suggest that the proposal involves the “enshrining of Israeli control of disputed territory” as well as denying Palestinian claims to sovereignty, the right of Palestinian refugees to return and offering Palestinians only non-contiguous territory.

The plan involves trying to bribe sectors of Palestinian society into accepting it with funds that the US is hoping will largely come from the US-allied governments in the region. And the UAE and Saudi Arabia, have been pressuring the Palestinian Authority into accepting the ludicrously unfair deal so that the Palestinian issue will disappear and the anti-Iran axis – bringing together the US, Israel and the Gulf states – can be fully consummated.

Another manifestation of this anti-Iran alliance is Israel’s support for the attack on Yemen by a coalition involving the US, Saudi Arabia, the UK, the UAE and Canada – a war that is ostensibly aimed at Iran’s purported Houthi allies and that has left the country suffering the world’s worst humanitarian crisis.

Israel has shared intelligence with members of the coalition. The UAE is understood to have bought military equipment from Israel. And Israeli-manufactured ordnance has been used in the attacks on Yemen.

These sales, alongside the obscene amounts transferred between the US and its Saudi and Israeli clients in weapons deals, underscore that the US-Gulf-Israeli aggression against Iran is not only about politics but also an economic system in which the ruling classes of each country enrich themselves at the expense of the Palestinians and other disenfranchised and exploited peoples.

The prospect of further lucrative ties to Israel no doubt helps explain why the undemocratic governments of the Gulf are racing to, as The Electronic Intifada’s Tamara Nassar puts it, sacrifice the Palestinians for a marriage with Israel — a ceremony at which the US is officiant.

The political and economic assault on Iran, as well as any military attack against it, should one materialize, is not only a war for Iran’s future. It is a war for the entire region.

Dr. Greg Shupak writes fiction and political analysis and teaches media studies and English at the University of Guelph-Humber. He is the author of The Wrong Story: Palestine, Israel, and the Media.