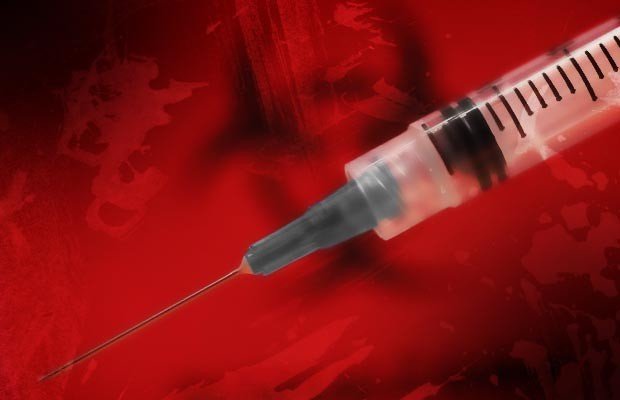 Vaccine injury lawyer Robert F. Kennedy Jr.,&  Del Bigtree, producer of the suppressed anti-vaccine documentary, Vaxxed and the Informed Consent Action Network (ICAN) are credited with this victory. They demanded the relevant government documents proving that all federally approved vaccines had been tested for quality over the past 32 years — and there were none.

Here are the huge legal and practical implications in this legal victory for the American people:

A recent US court case revealed there has been no quality control over vaccines manufactured by big-pharma for at least 32 years. Autism rates are expected to drop dramatically now that parents can stop the poison being injected into their kids

o This means that the US Department of Health and Human Services and all vaccine makers have been lying to the American people for over 30 years about the effectiveness and safety of vaccines; this may
ultimately mean that continuing the existence — at least in their current form — of five US “healthcare” agencies are now in doubt: the CDC, the FDA, the IOM, the NIH and the “Health” part of DHHS itself;
this may also threaten the existence of state medical boards and exclusive medical guilds like the AMA:

o This case can now be legally cited by all parents fraudulently mandated by any government/organizational regulation/requirements that they must vaccinate their children for school or any other activity to stop
the forced vaccination of their children;

o This case can now be legally cited by all employees being mandated by their employers to be vaccinated in order to retain their jobs;

o This case can now be legally cited by all those who seek compensation for vaccine injury, making it likely that the pharmaceutical vaccine industry can in the near future be legally bankrupted out of existence, like Bayer-Monsanto after the landmark legal victory won by the dying landscaper in San Francisco several weeks ago, as well as their stock value plummeting precipitously;

o The future of allopathic medicine in its current form is now in doubt, as well as that of the global pharmaceutical cartel, since almost all of the drugs allopathic practitioners prescribe come from pharmaceutical corporations which have also committed vaccine fraud and injury;

o The existence of the deep-state corporate mainstream news media will now also be further endangered, since 70% of their income stream comes from the global pharmaceutical cartel, which in America has been
responsible for 750,000-1 million human sacrifices per year for at least the past half century;

o All government officials who have passed laws legalizing vaccine fraud at the state, national, or international level, or otherwise aided and abetted this vaccine fraud can now be charged with vaccine fraud, criminal malfeasance and in some cases, war crimes under the Nuremberg Code.

This letter from Dawn Bell, an American health professional, warns that vaccines are not safe and become ineffective after 10 years. She says her daughter was injured by vaccination:

In the recent mumps outbreak, 100% of the mumps cases were college students, who were ALL 100% vaccinated. 90% (9 out of 10) people who died from last years flu epidemic had received the flu shot.

Herd immunity can only be achieved when 85% of the population is immune to a disease. Vaccines are only good for about 10 years, at absolute max 20 years, so most people over the age of 20 are not immune any longer. So now you have created a situation of a “false” immunity.

Those who get the chicken pox are immune for life, those who get the vax are not. I do believe, maybe to your surprise that vaccines can and have saved lives, however, think about when MD’s we’re giving out antibiotics like popcorn at the movies, it started having a bad affect on our immune systems and gut. It’s probable to think that the same thing might start happen with the overuse of vaccines.

For really deadly diseases, hey I’m all for it, but they started making so much money that you all of a sudden had to start getting vaccines for everything, even the everyday childhood diseases and for stuff like Hep B at 1 day old, really? The rise in autism and other sensory diseases has been mind boggling, as well as childhood autoimmune disorders.

32 people get sick from ecoli and FDA tells everyone to stop buying romaine lettuce, but thousands report issues with vaccines and it’s pay no attention to the man behind the curtain. Then everyone is surprised when people get upset and start asking questions.

I’m an Occupational Therapist and was all in with the vax thing, until I watched my daughter lose Speech ability directly following a vaccine. I was one telling everyone it was a coincidence until I saw it happen with my own eyes to my own kid. They have NEVER done safety studies in these vaccines have NEVER been studied being given all at once as they do.

It’s common sense that all of these vaccines given to a child with a developing immune system and neuro system might have some issues. It’s the lying about it that really has everyone worried though. When they say safety studies have been done when no one can find them, then Kennedy offers $$ for anyone who show they have been done. Of course no one could produce them so hence this lawsuit and of course, they haven’t. My OBGYN told me the flu shot was studied and proven safe during pregnancy.

So I go to work, as a nurse friend for the flu vax insert and guess what? It clearly stated it had not been studied in children or pregnant woman and if given to pregnant woman you should call and add them to a registry. Furthermore, on the front of the box, it stated to NOT give to kids under 5! I could keep going, but I’ll end with, have you watched the CDC video approving the Hep vax?

They were then asked about the heart and autoimmune markers seen in their internal study and they acknowledged that they saw the markers and were going to monitor it and make determination Dec 2020 whether not there was a problem, and in the mean time it’s being given to day old babies. So yes, there are concerns that need to be addressed about the safety of vaccines and I’m thrilled that it’s finally being addressed!!!