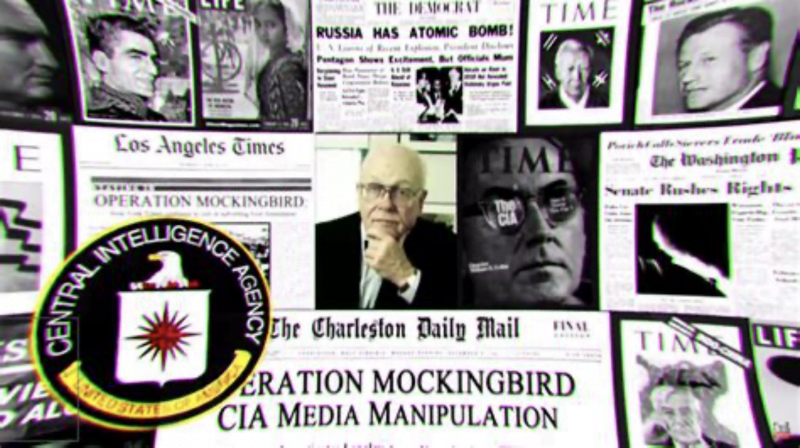 From Humans Are Free:

Some people still aren’t sure on this point, so just for the record, yes: US government domestic propaganda use against American citizens has been fully made legal.

Looking around at what’s going on in “the news” today, that certainly explains a lot, doesn’t it?

You see kids, once upon a time way back in 1948, we had something known as the Smith-Mundt Act (or, more officially, The US Information and Educational Exchange Act of 1948).

In a shift from wartime to peacetime use of propaganda as an instrument of the new post-World War II foreign policy, this act specified that the State Department’s propaganda operations be implemented strictly outside (key word “outside”) of US borders.

The first restriction on this act was specifically to prohibit domestic propaganda dissemination, with assurances that Congress, academia, and the mainstream media would filter out the government’s foreign propaganda.

As you can see, that has obviously worked out really well in the last 70 years.

If you’ll recall, the CIA was even caught back in the 70s using its own planted journalists in American print media and television to get around the restriction on bringing the government’s foreign propaganda home.

Operation Mockingbird: A Third Of The CIA Budget Went To MEDIA PROPAGANDA Operations

Fast forward to the National Defense Authorization Act of 2013, in which the Smith-Mundt Act was officially amended to allow American pro-government propaganda materials produced by the State Department and Broadcasting Board of Governors to be released inside the United States.

In other words, from then on Government use of propaganda against the American people became legal in the “interests of national security”.

And free game. Obviously. Why else would we have scenes like this State Department spokesman bursting into laughter at welcoming the journalists to his press conference, which he referred to sarcastically as an “exercise in transparency and democracy”:

They aren’t even trying to pretend anything they say is true anymore.