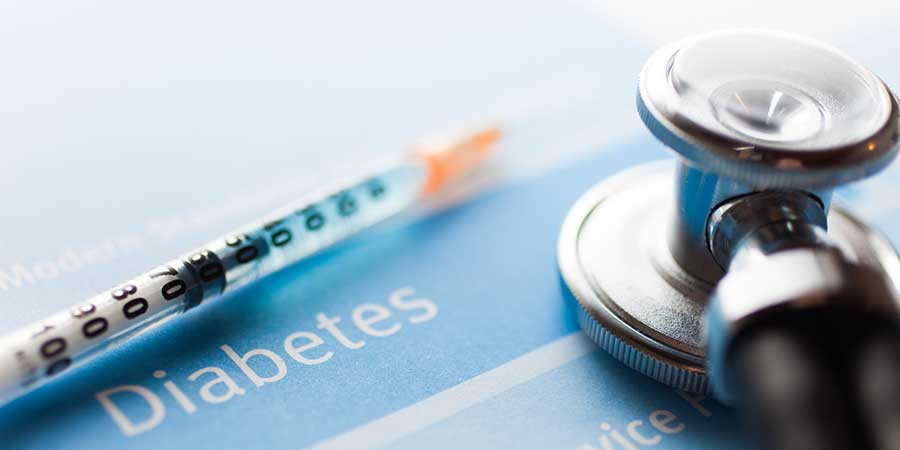 Many of us are told that the development of diabetes is a personal failure. New research shows us why this couldn’t be more wrong. Action Alert!

Intriguing research into the diabetes epidemic has shed new light on the main drivers behind this disease. Conventional wisdom tells us that sugar consumption, lack of exercise, and obesity are behind the surge in diabetes. While these are contributing factors, new work in this area implicates environmental toxins as a far more important cause of diabetes, including chemicals like BPA and phthalates that are found in many everyday consumer goods. And while the evidence mounts demonstrating the toll these chemicals are taking on our health, the government is stubbornly refusing to do anything about it.

Joseph Pizzorno, ND, demonstrates that the rise in sugar consumption predated the diabetes epidemic by four decades, casting doubt on the idea that sugar is a primary causal factor in diabetes. The increased incidence of obesity is another common culprit, but Pizzorno argues that obesity is caused by the same things as diabetes: persistent organic pollutants (POPs). Pizzorno demonstrates that the rise in production of synthetic organic chemicals is closely aligned with the prevalence of diabetes.

Research has shown that, while obesity is linked with diabetes, the level of our exposure to toxins also has a dramatic impact. Obese people in the bottom 10% of toxin load do not have an increased risk of diabetes; 30% of lean people with a high toxin load will develop diabetes. These findings are a true testament to the havoc these chemicals are wreaking on the human body.

Pizzorno and his colleagues have been working to estimate the percentage of disease that is caused by POPs (you can read about their methodology here). The results are stunning. According to their research, about 90% of diabetes cases could be attributed to the “massive increase in body load of toxins.” The worst chemicals are BPA (bisphenol A), arsenic, phthalates, PAH (polycyclic aromatic hydrocarbons).

How do POPs like BPA and arsenic cause diabetes? Arsenic, for example, decreases insulin production. BPA blocks insulin receptor sites and causes insulin resistance, which increases the risk of diabetes in addition to obesity.

The next question is how to avoid these chemicals. We’re exposed to arsenic mostly through our food and water. Pizzorno writes that 13 million Americans use public water that exceeds Environmental Protection Agency (EPA) limits for arsenic. Many water sources, both public and private, have not been tested. Dietary sources of arsenic include mushrooms, seafood, rice, and poultry.

ANH has written extensively about BPA. It is a chemical used in the production of certain plastics and is used in many consumer goods, such as food and drink packaging, cash register receipts, water bottles, implanted medical devices, and many more. Researchers have found BPA in 90% of Americans tested.

Although BPA is used widely in consumer goods, the FDA banned its use in baby bottles and infant formula packaging—though the agency said this wasn’t due to safety concerns, but because the chemical industry was simply no longer using BPA in its packaging for those products.

Recent information, however, shows that the FDA’s conclusion that BPA is safe is based on testing that dramatically underestimates the amount of BPA that we’re exposed to, throwing into question the federal government’s overall approach in determining the safe exposure level of all kinds of chemicals. Some experts estimate that BPA may have an effect on human health at levels 20,000 times lower than the FDA’s limit.

To set a safe human exposure level for a chemical, industry and government scientist start by exposing lab animals to high doses of a chemical, incrementally reducing the dose until no ill effects are detected. They then round the last number down to create a “safe” exposure limit. The problem is that we’re learning that endocrine disruptors like BPA can have negative effects at extremely low doses. A small change in hormone concentration—the equivalent of one drop of water in 20 Olympic-sized swimming pools—is enough to have an effect on the human endocrine system, which could impact growth, metabolism, sleep, and other important bodily functions.

In fact, an investigation into the FDA’s treatment of BPA showed efforts to ignore evidence of harm, biased data interpretation, and sharp disagreements between FDA and health officials at the National Institutes of Health on the safety of BPA. The reporting concluded that “US regulators may be operating at the fringes of scientific integrity, possibly with the intent to keep the current testing and regulatory regime intact and to avoid scrutiny.”

Concern about the health risks of BPA led many companies to abandon the chemical and slap a “BPA-Free” sticker on their products, but as we’ve written previously, the alternatives are often close chemical relatives of BPA and are just as toxic. ANH filed a Citizen’s Petition with the FDA to remove BPA from receipts, but the petition was denied.

Laboratory tests can help determine what our body load of these different POPs. Pizzorno writes that the most important and easily available is the γ-glutamyl transferase (GGT), also known as GGTP.

The best way to deal with these toxins is to avoid them as best we can. Other strategies for detoxification include increasing glutathione production, increasing dietary fiber, and toxin-specific interventions to prevent damage and facilitate detoxification. But avoidance is best; once in the body, these chemicals can be difficult to get rid of, as they store and accumulate in fat.

Given this alarming evidence, it is time to take meaningful steps to protect Americans from these exposures. An easy and exceedingly obvious step would be to ban BPA, something the FDA has so far appeared unwilling to do. When given the choice between stemming the diabetes epidemic and protecting the profits of the chemical industry, which do we think government agencies will choose?

To avoid BPA, remember that glass is best when it comes to food and drink containers, and cans are typically the worst—even those that say BPA-free!

Action Alert! Write to the FDA and demand they ban BPA and adjust how they evaluate safe exposure limits for chemicals. Please send your message immediately.