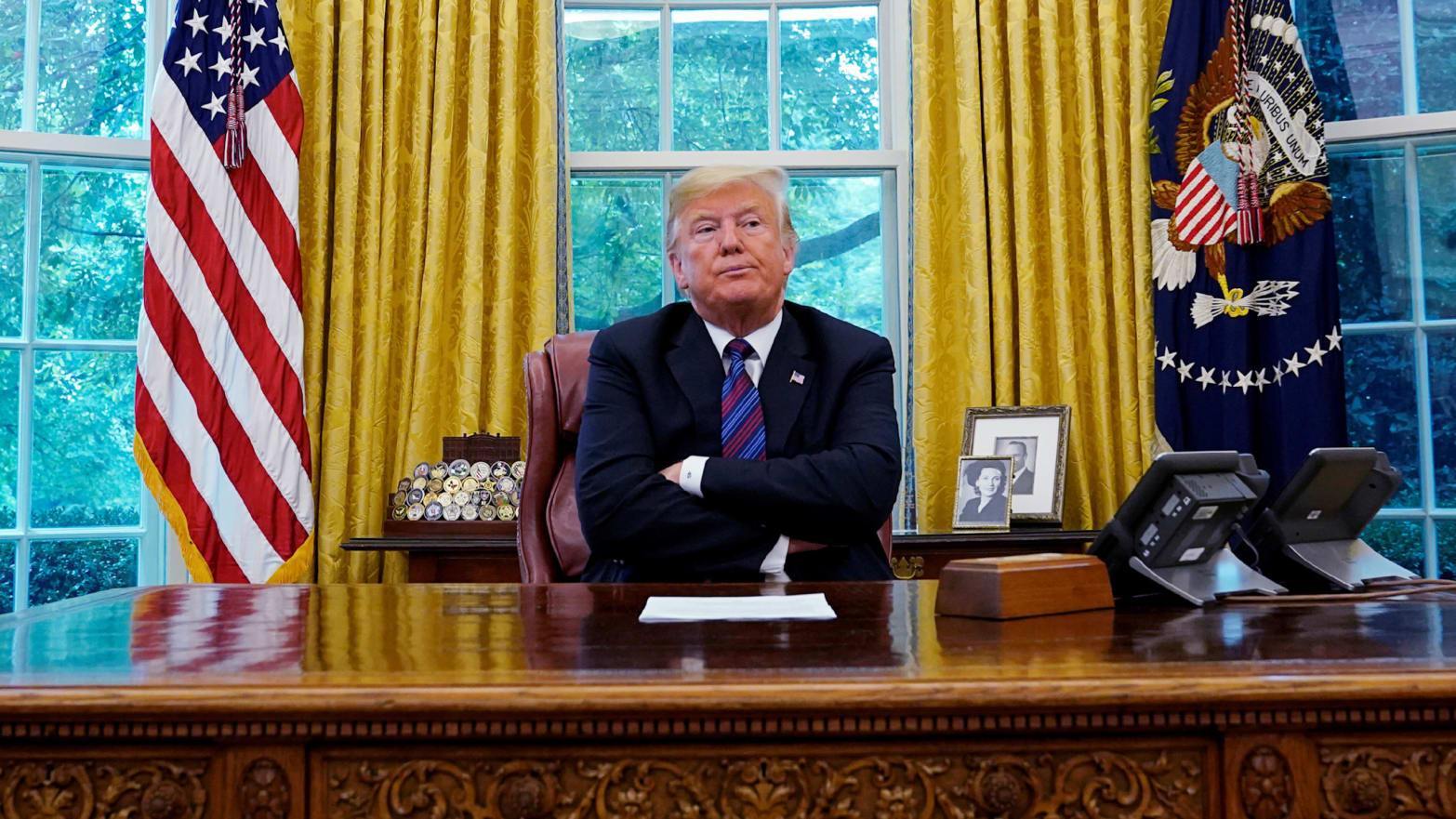 The government which runs a globe-spanning empire led by a reality TV host keeps talking about the lack of normality in the nation of Iran.

“What we want all countries to join in,” said State Department Spokesperson Morgan Ortagus in a recent Fox News interview, “is to help us not only to de-escalate any tensions with Iran, but to help us bring Iran to a place where they are ready to stop their terrorist and malign behavior, and where they are ready to discuss with the United States, with Europe, with everyone, about how they can change their behavior to act like a normal nation.”

“We want Iran to simply behave like a normal nation,” Secretary of State Mike Pompeo said in a press statement the other day. “We believe that the sanctions we imposed today further that strategic objective.”

These would be the additional sanctions which have been expanded to include virtually the entire Iranian economy, deliberately targeting Iran’s already sanction-starved populace, with the explicit goal of fomenting a civil war in that nation.

.@StateDeptSPOX: We want all countries to join us in encouraging #Iran to behave like a normal nation. pic.twitter.com/XvnG8x0YZ8

This would be the same Iran whose cultural heritage sites were threatened with destruction if it retaliated for the totally normal assassination of its top military official via flying robot. The same Iran whose financial system was just threatened with destruction using the totally normal hegemony of American central banking. Perfectly normal, perfectly healthy.

So what can Iran do to become a “normal nation”? Well, since it’s the United States making this demand, we can safely assume that it’s the model Iran should look to.

In order to become a normal nation, Iran will need to expand its interests from the region and begin toppling noncompliant governments and invading nations all around the world.

In order to become a normal nation, Iran will need to circle the planet with hundreds of Iranian military bases.

In order to become a normal nation, Iran will need to obtain thousands of nuclear weapons, and actually use a couple of them.

In order to become a normal nation, Iran will need to become the most dominant military, economic and cultural force in the world, and then use that dominance to destroy any government, political party, ideology, faction, movement or person who stands in its way.

In order to become a normal nation, Iran will need to arm violent extremist factions all around the world with the goal of eliminating all governments that refuse to bow to its interests.

In order to become a normal nation, Iran will need to become the dominant producer of films, music and TV shows and use this influence to propagandize its power structure’s ideology to every possible cultural sphere.

In order to become a normal nation, Iran will need to begin meddling in scores of democratic elections all around the world and then crying for years at the possibility of any nation returning the favor.

In order to become a normal nation, Iran will need to shore up economic control of the world so that it can crush any sort of disobedience by starving civilians and depriving them of medical care while pretending that it’s a force for peace.

In order to become a normal nation, Iran will need to indefinitely occupy a vast region on the other side of the planet with thousands upon thousands of troops and trillions of dollars in military equipment, to no benefit of a single ordinary Iranian, and against the will of the people who live there.

In order to become a normal nation, Iran will need to create a presidency led by a reality TV star oligarch who is only supported because Iran’s populace is so disgusted with the status quo of their government.

Sec. of State Mike Pompeo: "The goal of our campaign is to deny the regime the resource to conduct its destructive foreign policy. We want Iran to simply behave like a normal nation. We believe the sanctions that we impose today further that strategic objective." pic.twitter.com/f4Wz0c1q9r

The US doesn’t want Iran to be like America. The US wants Iran to be like the other nations which have allowed themselves to be absorbed into the blob of the US-centralized empire.

The US would be perfectly happy for Iran to begin acting like Saudi Arabia: arming terrorist factions, beheading heretics, committing war crimes and deliberately creating humanitarian disasters for geostrategic convenience, yet aligning fully with US military, financial, and resource control agendas.

The US would be perfectly happy for Iran to begin acting like Israel: a nuclear-armed military outpost which constantly bombs adjacent nations, interferes in the US and other nations’ politics to shore up support, works toward the slow extermination of its indigenous population and fires upon protesters with live ammunition.

The US would be perfectly happy for Iran to begin acting like Canada, the UK, Australia, New Zealand or the EU: obedient military/intelligence assets who function as extra American states when it comes to foreign policy and international affairs.

That is what the US means by acting “normal”. Not acting moral. Not acting healthy. Certainly not acting like the US. It means acting obedient, compliant, and enslaved.

Which is precisely what Iran is resisting.