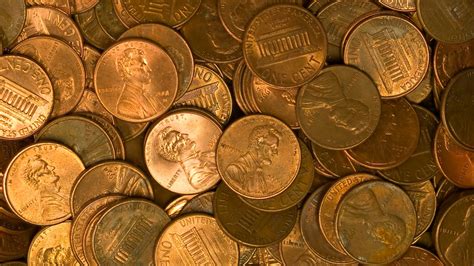 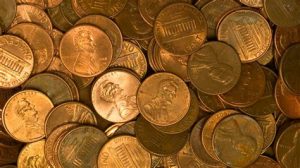 On February 29, 2008, EPA registered five copper-containing alloy products. The registration allows the registrant, the Copper Development Association (CDA) to market these products with a claim that copper, when used in accordance with the label, “kills 99.9% of bacteria within two hours.” This Web page explains the conditions of the registration and provides information on the pesticidal claims.
www.epa.gov/pesticides/factsheets/copper-alloy-products.htm
From the National Library of Medicine:

The oldest recorded medical use of copper is mentioned in the Smith Papyrus, one of the oldest books known. This Egyptian medical text, written between 2600 and 2200 B.C., describes the application of copper to sterilize chest wounds and drinking water. Greeks, Romans, Aztecs, and others also used copper or copper compounds for the treatment of such ailments as headaches, burns, intestinal worms, and ear infections and for hygiene in general.

The use of copper in medicine became widespread in the 19th and early 20th centuries, and a variety of inorganic copper preparations were used to treat chronic adenitis, eczema, impetigo, scrofulosis, tubercular infections, lupus, syphilis, anemia, chorea, and facial neuralgia . The use of copper as an antimicrobial agent continued until the advent of commercially available antibiotics in 1932.
www.ncbi.nlm.nih.gov/pmc/articles/PMC3067274/
Copper Kills Antibiotic-Resistant “Nightmare Bacteria”

A Department of Defense study at three hospitals in the U.S. found that copper is capable of killing pathogens very effectively. In fact, Antimicrobial Copper and its alloys (e.g. brass and bronze) are registered with the US Environmental Protection Agency (EPA) as being able to kill greater than 99.9% of infection causing bacteria* within two hours of exposure.
www.prnewswire.com/news-releases/copper-kills-antibiotic-resistant-nightmare-bacteria-197333411.html
Copper surfaces take out superbugs

While copper’s antimicrobial properties have been known for thousands of years, recent research piloted by the Copper Development Association (CDA) and funded by the Department of Defense proved that surfaces made from antimicrobial copper alloys like brass and bronze had 83 percent fewer bacteria on average compared to surfaces made from traditional materials.
www.infectioncontroltoday.com/news/2014/01/ecri-institute-lists-antimicrobial-copper-as-a-top-10-technology-to-watch-in-2014.aspx
Ronald McDonald House of Charleston, Antimicrobial Copper Renovation

Records from early civilizations demonstrate that copper can inhibit the growth of many different microorganisms. Reviews of modern literature indicate that copper slows or stops growth of many organisms, including bacteria, fungi, algae and yeast. Copper ions bind to contaminants and then disrupt key proteins and processes that are critical to microbial life.

Copper reduces microbes in a wide variety of equipment, including medical and scientific devices such as incubators. Years of experience show that copper wire, copper sulfate or even pennies added to water reservoirs of CO2 incubators significantly inhibit microbial growth. Moreover, solid copper surfaces clearly reduce the proliferation of contaminants.

Copper and its alloys (brasses, bronzes, cupronickel, copper-nickel-zinc, and others) are natural antimicrobial materials. Ancient civilizations exploited the antimicrobial properties of copper long before the concept of microbes became understood in the nineteenth century.[1][2] In addition to several copper medicinal preparations, it was also observed centuries ago that water contained in copper vessels or transported in copper conveyance systems was of better quality (i.e., no or little visible slime formation) than water contained or transported in other materials.

The antimicrobial properties of copper are still under active investigation. Molecular mechanisms responsible for the antibacterial action of copper have been a subject of intensive research. Scientists are also actively demonstrating the intrinsic efficacies of copper alloy “touch surfaces” to destroy a wide range of microorganisms that threaten public health.
en.wikipedia.org/wiki/Antimicrobial_properties_of_copper
Storing Drinking-water in Copper pots Kills Contaminating Diarrhoeagenic Bacteria

Microbially-unsafe water is still a major concern in most developing countries. Although many water-purification methods exist, these are expensive and beyond the reach of many people, especially in rural areas. Ayurveda recommends the use of copper for storing drinking-water. Therefore, the objective of this study was to evaluate the effect of copper pot on microbially-contaminated drinking-water
<snip>
Studies have shown that copper surfaces completely kill bacteria. E. coli inoculated on to copper coupons were completely killed. The studies concluded that the copper ions brought about complete killing of bacteria by membrane damage However, the mechanism of action of copper on bacteria is not completely understood.
www.ncbi.nlm.nih.gov/pmc/articles/PMC3312355/
What are the applications of copper-silver ionization?