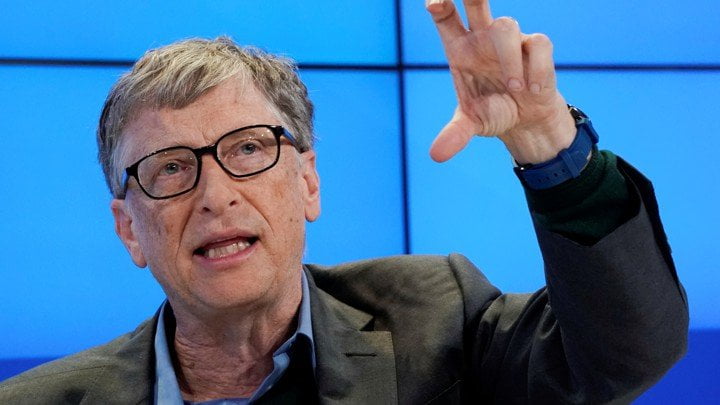 From The Atlantic by Alexis C. Madrigal

The world’s tech titans are amassing some of the biggest fortunes ever created. Some, like Mark Zuckerberg and Bill Gates, are giving most of it away. While there have been some dissenters, the general reaction to this kind of philanthropy has been positive. Bill Gates has the highest net favorability of any major political figure not named Colin Powell; he’s seen as warm and competent.

But Stanford professor Rob Reich, who directs the university’s Center for Ethics in Society, explores an argument against philanthropy  in Just Giving: Why Philanthropy Is Failing Democracy and How It Can Do Better. It can be summarized in a sentence:

“Big Philanthropy is definitionally a plutocratic voice in our democracy,” Reich told me, “an exercise of power by the wealthy that is unaccountable, non-transparent, donor-directed, perpetual, and tax-subsidized.”

This was not previously a minority position. If you look back to the origins of these massive foundations in the Gilded Age fortunes of Andrew Carnegie and John D. Rockefeller, their creation was massively controversial, Reich said, and for good reason.

“A hundred years ago, there was enormous skepticism that creating a philanthropic entity was either a way to cleanse your hands of the dirty way you’d made your money or, more interestingly, that it was welcome from the standpoint of democracy,” Reich told me at the Aspen Ideas Festival, which is co-hosted by the Aspen Institute and The Atlantic. “Because big philanthropy is an exercise of power, and in a democracy, any form of concentrated power deserves scrutiny, not gratitude.”

Both Teddy Roosevelt and union leaders like the AFL-CIO’s Samuel Gompers decried the creation of the Rockefeller Foundation. Roosevelt’s presidential opponent, William Howard Taft, criticized legislation that would have enabled the foundation as “a bill to incorporate Mr. Rockefeller.”

Our era has not seen similar skepticism, despite the wealth inequality that serves as the precondition for such massive foundations. Though perhaps it is returning. In addition to Reich’s book, Anand Giridharadas will publish an adjacent argument in August about the new philanthropy, Winners Take All: The Elite Charade of Changing the World. Joanne Barkan has published in Dissent, The Guardian, and other publications about big philanthropy’s foibles, too.

Reich’s work, however, is compact, and comes direct from the heart of the new wealth in Silicon Valley. He can tick off the problems with each structural component of foundations.

First, big foundations are unaccountable. They answer neither to voters or to marketplace competition.

Second, they do not have to be transparent. They file one tax form. The $8 billion Simons Foundation International doesn’t even have a website.

Third, they are donor-directed. The employees—the people on the ground— “can’t determine the mission” of the organization.

Fourth, the donor’s intent must be respected even when the donor has died.  Societies grow and change, but the mission defined by the creator of the foundation remains the mission in perpetuity.

And fifth, on top of all this, foundations are tax-subsidized. “We’re at a moment in American society in which the winners in the marketplace attempt to diminish their tax burdens, both corporately and individually, as low as they can legally go,” Reich told me. “Then having diminished their tax burden as low as it can go, they turn around and set up a private foundation, taking a further tax break.”

Then, with money that would have otherwise have gone to the government, where at least there is nominal democratic control over spending priorities, the philanthropists use that money on whatever social purpose they’ve decided to support.

Is this system, as Reich describes it, really one that any democracy would want?

“Instead of extending our enormous gratitude to the greatest philanthropists among us as these icons of civic beneficence, we should be scrutinizing and criticizing them,” Reich said. “Not because philanthropy is necessarily bad, but because it is an exercise of power.”

Reich does have some hope for the foundations—a suggestion for how they could do their work in ways that benefit democracies like ours. “Foundations,” he said, “should be making long-time-horizon, risky experiments in social innovation that the government won’t do and the marketplace is unlikely to do.”

1 thought on “Against Big Philanthropy”