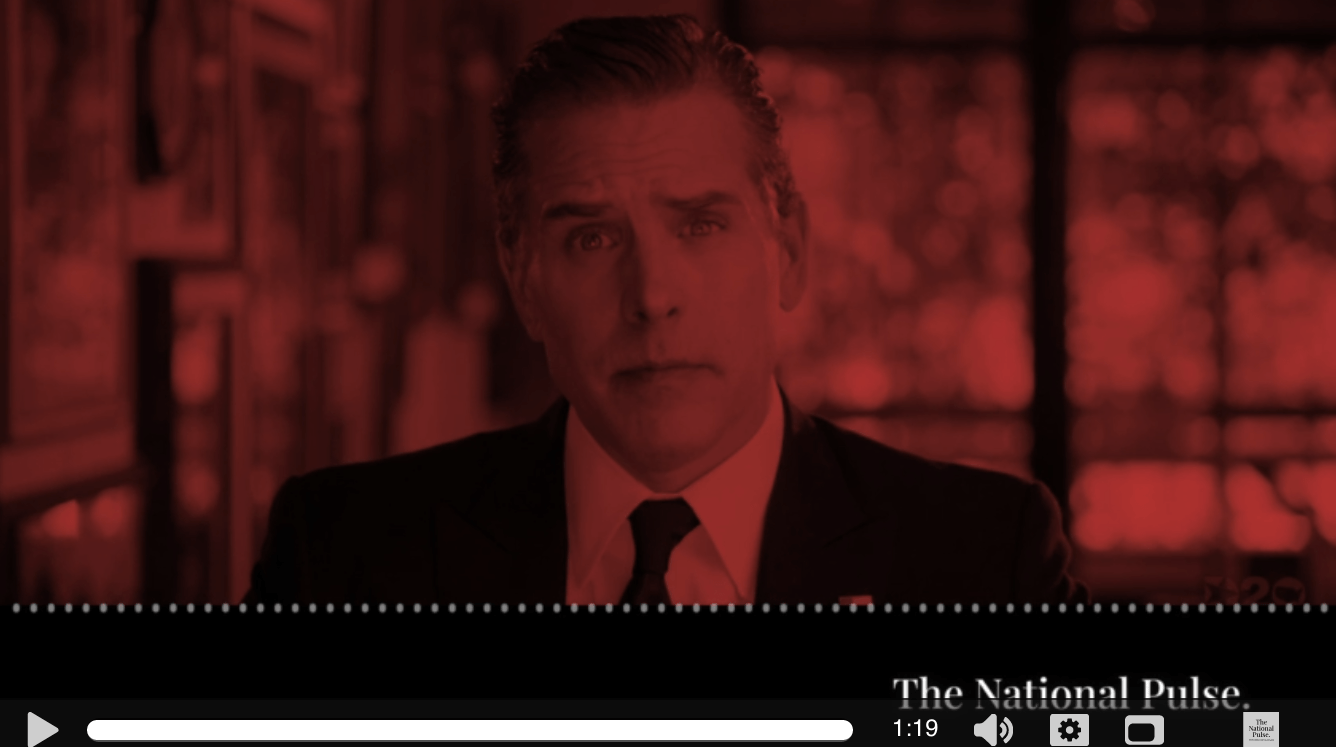 An audio recording exclusively obtained by the National Pulse reveals Hunter Biden discussing business involvement with a “spy chief of China” and how his business partner Devon Archer named him and his father as witnesses in a Southern District of New York Criminal case.

Hunter Biden – in an audio file labelled “Most Genius Shit Ever” – appears to be referencing Patrick Ho, who was a former Secretary for Home Affairs in Hong Kong, as a “spy chief of China” while lamenting how his business partner Ye Jianming of CEFC China Energy had disappeared.

Ho was also involved in the CEFC venture, as originally reported by the New York Post and suppressed by the media and Big Tech firms.

The audio breaks the mainstream media’s narrative that the hard drive is somehow “fake” or does not implicate Hunter or Joe Biden in criminal investigations and/or business deals with the Chinese Communist Party.

Get the video and embed code here.

The former veep’s son also bemoans longtime business partner Devon Archer naming him and his father Joe as witnesses “in a criminal case” without notifying him.

I get calls from my father to tell me that The New York Times is calling but my old partner Eric, who literally has done me harm for I don’t know how long, is the one taking the calls because my father will not stop sending the calls to Eric. I have another New York Times reporter calling about my representation of Patrick Ho – the fucking spy chief of China who started the company that my partner, who is worth $323 billion, founded and is now missing. The richest man in the world is missing who was my partner. He was missing since I last saw him in his $58 million apartment and signed a $4 billion deal to build the fucking largest fucking LNG port in the world. And I am receiving calls from the Southern District of New York from the U.S. Attorney himself. My best friend in business Devon has named me as a witness without telling me in a criminal case and my father without telling me.

The recording adds to the litany of e-mails and stories broken by The National Pulse about the grift of the Biden family, including yesterday’s scoop about the VP’s son using White House access in exchange for resort villa stays and artwork.