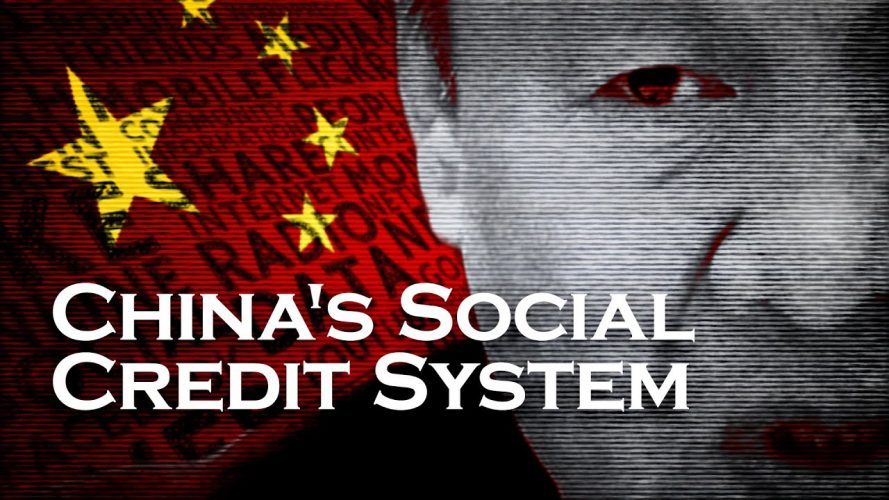 By Michael Chary, Gaia.com as shared on HumansAreFree.com:

An episode of the dystopian sci-fi series, Black Mirror, is becoming a reality with the implementation of China’s social credit system.

Though still in its nascency, China’s citizen score will become mandatory by 2020, affecting citizens’ abilities to get jobs, access the internet, and travel, based on the way the government deems their behavior. It’s voluntary for now, but once it decides on the best algorithm, the Chinese government will obligate every citizen to abide by a set of rules that will dictate their ability to access services within society.

There are currently eight companies competing to build this platform which will be enforced by the country’s massive surveillance apparatus.

There are already a number of users who have voluntarily signed up for the program, in hopes they may be rewarded, or at least immune to punishment when the system is mandated.

Some believe the program will benefit society as a whole, while others fear their children may suffer if parents’ social scores become a factor in deciding which schools they can attend.

AliBaba is one of the top contenders for the interface, as its mobile payment app, AliPay, is used by roughly 520 million citizens.

Its interface, Sesame Credit, is similar to a FICO credit score, but instead of having your financial behavior affect your ability to take out a loan or credit card, Sesame Credit would affect one’s ability to get into certain restaurants, travel, or even go on a date with someone.

The score can be affected by a number of behaviors, including what you say on social media, smoking in public, jaywalking, or getting into disputes with others.

These behaviors are then translated into a numerical “sincerity” score and entered into the system.

Some of the citizens who have already signed up say they enjoy using it and that it has influenced them to be better members of society.

They say they’re more conscientious about their behavior in public and the way they treat others.

But those who see how eerily Orwellian the system is, warn that it is a type of gamified social obedience, where a point system is made to feel like a competition that subversively allows for authoritarian social control.

When you also add the fact that the system permits what others say about you to affect your score, the premise of 1984 becomes all too relevant, creating a system where everyone fears their neighbors’ perception of them.

This self-policing network effect is a typical strategy of oppression, but with a social credit score, it becomes amplified with less effort from the government.

Keeping with the gamification of the pilot program, rewards have been offered for those willing to subject themselves early.

Faster check-ins at hotels, car rentals without a deposit, and shopping loans have been gifted to early adopters.

So how does the government monitor its citizens in order to know when to dock them points for any number of minor infractions? With an omniscient surveillance system composed of millions of cameras and a universal database of every citizen.

Known as the Dang’an System, the government maintains a unique dossier on every citizen in the country for the duration of their life.

This file can be accessed in seconds by a highly advanced surveillance system complete with facial recognition software. And its omniscience is ever-increasing through the use of machine learning.

Citizens are not allowed to view the personal files the government has compiled on them since their birth – to do so would be a severe violation of the law, disobeying the party and putting one’s standing as a citizen in jeopardy.

The technology is used ostensibly for security threats, ensuring citizens’ public safety. Though it is also used to shame people for minor transgressions, displaying one’s photo on a large public screen for infractions such as jaywalking, followed instantly by a text message delivering a fine.

The technology has also been promoted to its citizens by selling it as an ostensibly convenient tool for daily life. Citizens only need their face scanned to order food at vending machines, check-in at the airport in seconds, or gain access to Wi-Fi.

But much like the credit score, these apparent conveniences are a façade for the more insidious reality behind the technology; that the government is watching and ensuring every one of its citizen’s behavior.

And it goes beyond traditional surveillance methods of CCTV observation in public places.

The next phase that is already underway, includes police officers wearing body cameras and glasses equipped with facial recognition software that can identify suspected criminals and threatening gestures.

These body cams are even fitted with a wide-angle, fisheye lens allowing for “720-degrees” of recording range.

Social Credit in a Free Society

Some argue that the Chinese social credit is tantamount, or a better alternative to the FICO credit score in the U.S..

In China, there isn’t a national financial credit score, so conducting business or attaining a loan can be difficult, if not impossible for many citizens.

With a social credit score, there is at least some foundation for judging one’s trustworthiness – or so the argument goes.

Add to this the fact that the surveillance state has been a part of Chinese life for a while now, with online behavior strictly monitored, in addition to a longstanding history of public surveillance. But normalizing surveillance doesn’t make it any less oppressive.

On the other side of the world, it could also be the case that a similar surveillance state is well underway in democracieslike the U.S., albeit in a more elusive way.

Rating systems and individual branding are becoming incorporated in many aspects of our lives, recognizably in service industries, but also through big data use for targeted advertising and surveillance.

The NSA has its eyes on the communications of every citizen, and it likely has its own dossier similar to the Chinese Dang’an system.

In many ways, the user-generated content that fuels social media platforms like Facebook and Instagram provide ways for us to rate each other’s lives based on whether we approve of our friends’ and families’ actions. And when we want colleagues to vouch for us in the professional world, we turn to platforms like LinkedIn.

Attempts have been made to create a single, centralized app that rates users’ overall social credit in the U.S., though it was quickly shot down, in part due to poor functionality, but also because our society isn’t ready to blatantly accept a system like that. Even if we have already accepted it unknowingly.

But could there be a way to implement a system like this, that draws from the sentiment of those in China who feel like they are becoming better citizens from a social credit rating?

In a capitalist society that drives its citizens to be self-interested, competitive, and greedy, could a social credit system that rewards good behavior create something that is a net benefit to society?

If it left out the Big Brother aspect where small infractions were constantly punished and instead only good deeds were recognized, a social credit incentive might not be so bad.

In fact, this concept has been proposed in the form of rewarding citizens for volunteering their time, being socially responsible, and doing things that are civically engaging.

Working together to help others in the community such as the youth, disabled, elderly, and the economically disadvantaged could only be considered in improving one’s credit score.

Could something like this work without having to implement the contrasting, negative side?

If this continuous rating system is inevitable, it might be cogent to consider ways in which it could be spun to become a positive force in society, rather than the dystopian nightmare Orwell once envisioned.