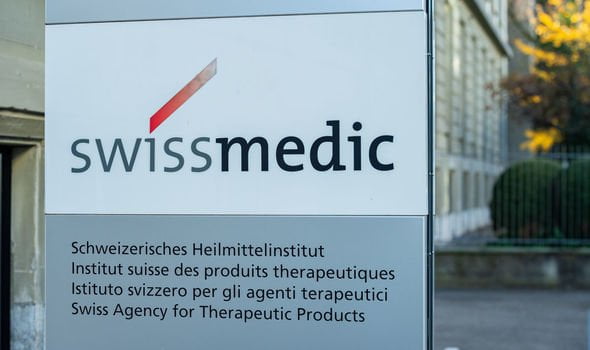 The decision makes it the only country in Europe not to authorise doses of the Oxford-produced jab for use. The Swiss medical regulator claimed there was a lack of data to reach conclusions on  the efficacy of the COVID-19 vaccine. Approval of the jab had been widely expected by many in Switzerland.

SwissMedic said: “For the vaccine from AstraZeneca, the data available and evaluated to date are not yet sufficient for approval.

“In order to obtain additional data on safety, efficacy and quality, data from new studies are required.”

The move runs counter to the decision made by the European Union’s drug watchdog – which Switzerland is not a member – to green-light AstraZeneca’s Covid jab last week.

But there is a growing list of EU countries refusing to allow the use of the vaccine in older people.

France, Germany, Italy, Sweden and Poland have all advised against use for people over a certain age.

SwissMedic said it will wait for further information from two clinical trials in North and South America before making a final decision.

It has vowed to move swiftly once the data is available.

Switzerland has approved the BioNTech/Pfizer and Moderna coronavirus vaccines for use.

Despite its wealthy medical industry, Bern has been sluggish with its attempt to roll out coronavirus jabs.

Despite a number of European countries moving against the AstraZeneca vaccine, its makers continue to defend the jab.

Director Andrew Pollard, of the Oxford Vaccine group, said people should be reassure that the vaccine is safe and producing a “strong immune response” for older people.

He said: “I think the first really important point is that the European Medicines Agency has approved the vaccine for use in all ages in all countries in Europe.

“Our regulator, the MHRA, has approved for all ages and another 25 or so regulators elsewhere in the world have also approved the vaccine for all ages.

“But individual countries have their own committees, and they have to look at what vaccines they have available, what they make of the data and what’s best for their population. And so that’s obviously up to them.”

She said Britain had only managed to get a head start over the bloc after ompromising on “safety and efficacy” tests.

The German said leaving it late “was the right decision”, adding: “It’s a gigantic responsibility.”

Britain secured a three-week head start over Brussels by taking responsibility for any future liabilities for vaccines.